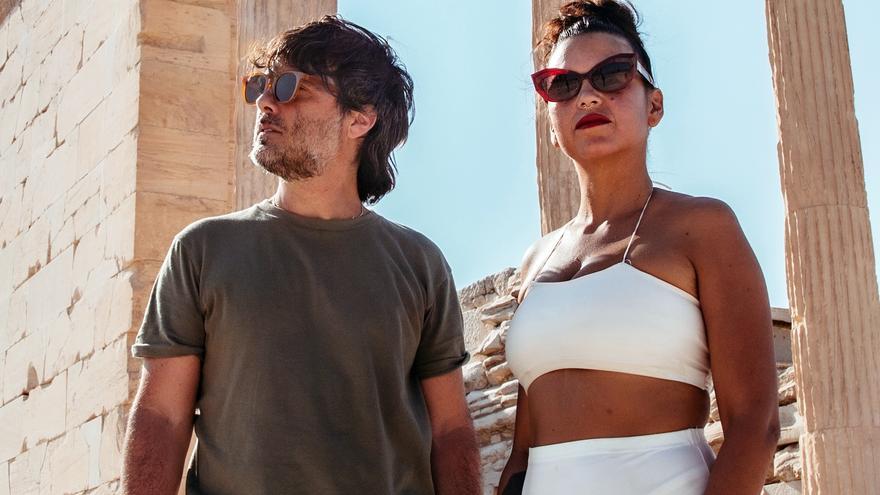 Bogotá, Sep 19 (EFE) .- Making the plea in favor of nature that Bomba Estéreo embodies in his new album, “Deja”, is at odds with traveling every week to a different city to give concerts. For this reason, the Colombian group wants to set an example and measure the environmental impact of its tour to reverse it.

“The carbon footprint left by musicians is great,” explains Simón Mejía, one of the two members of Bomba Estéreo, in an interview with Efe. “If the whole artistic world, the industry, were to put themselves in that mentality, there would be a great change and we are going to do everything we can to promote that and instill it.”

In their new album, which preserves the mixture of Caribbean rhythms, cumbia, percussion and electronics from the roots of the Colombian band, they sing to the earth, to nature, to recover the essence.

“They sold us the land and turned off the sun”, “we are lost in the middle of the forest watching its extinction”, Liliana Saumet sings in “Tierra”, one of the songs that make up “Deja”, which was released on September 10 .

Liliana and Simón managed to meet at the beginning of 2020 with the collaborators of the album and with the Colombian artist Lido Pimienta, author of some of the lyrics, at Li’s house in Santa Marta to record it cradled by the mysticity of the Sierra jungle. Nevada.

On the album weighs the idea of ​​the “end of the world” that they tried to treat in a positive way and at the same time address “the disconnection that human beings have with nature and how we are today connected to devices but we lost the most fundamental connection that it is what we had with nature centuries ago. ”

However, just a few weeks later, the pandemic arrived. “We were fortunate to have finished (the album) before the pandemic hit and those ideas that we had before about the end of the world took on more relevance,” says Mejía.

Environmental defense is an issue that Bomba Estéreo has taken as a banner and for which they have decided to raise their voice, especially because they come from where they come, from Colombia, where deforestation haunts the Amazon and the Pacific jungles, mining bleeds the land and rivers and is the most dangerous place to defend the environment.

On the album they do not speak openly about these problems, but they do use the sounds of nature to rock Liliana’s voice, with water, air and earth as the blocks into which this new artistic work is divided.

The pandemic allowed them to polish and work on it. Nor did they want to rush to launch it in the middle of the chaos or be the center of attention while the deaths, the crisis and the anxiety were happening. “There is no desire for anything either,” Mejía acknowledges.

“There was not as much pressure as in the past records and we were the owners of time, there was no producer with his limited time on top”, asserts the artist.

Now, what anguishes him is that “everything is going back to how it was before when it shouldn’t be”.

“It is impossible that after such a strong year we intend to return to the same thing. For me that was not normal; we were living in a total abnormality and that is why the pandemic arrived,” he denounces.

And he calls for changing that normality to “avoid that the next great catastrophe is climate change” because for that pandemic “there is no vaccine.”

YOUR GRAIN OF SAND

The first rhythms of the new songs came when Simón was traveling in a van through Europe during his last tour in 2019, which is a contradiction: the kilometers of road, the hours of transoceanic flights and the waste generated in festivals collide head-on with those ideas that they wanted to put on record.

That is why they have decided that they are going to measure the carbon footprint as a band in the new tour and those “tons of carbon emitted into the atmosphere then we compensate it with conservation projects here in Colombia; it is not the ideal way but until they are invented electric airplanes is the best we can do. ” Your grain of sand.

At the moment, as for the album, they are not in a hurry to take to the stage and look to 2022 when there is the possibility of “doing shows with tranquility”, of returning to the stages and the dance floors with their “respectful perreo” and with awareness.