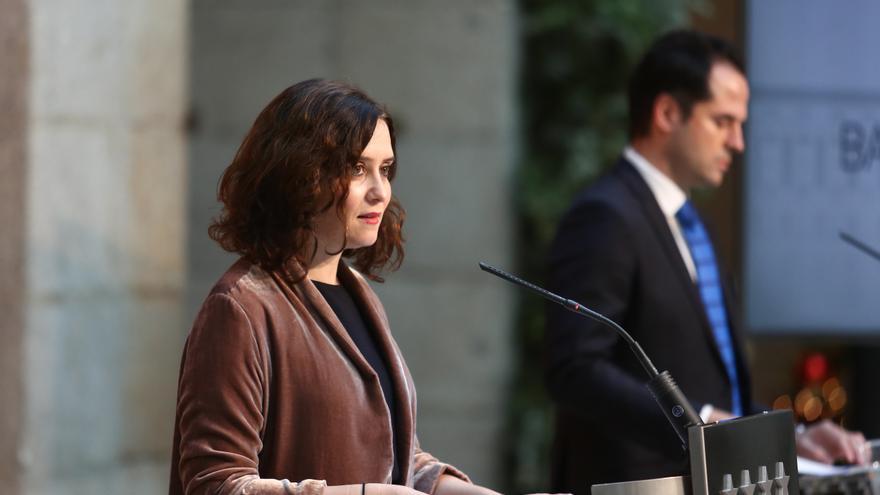 Not a day without Isabel Díaz Ayuso using her public appearances to charge against the Government. This Tuesday could not be less and at the press conference to take stock of the year the president of the Community of Madrid has taken out of the hat a new controversy with which to confront the Executive of the nation: a part of the European funds. Ayuso appeared at Puerta del Sol after the last Governing Council of the year and has taken advantage of the spotlights to anticipate his new battle for 2021.

“We are going to denounce this mistreatment to Madrid everywhere. In Brussels and in our country. We are not going to sit idly by in the face of unacceptable discrimination because it is unfair and at the least appropriate time,” the president of the Community of Madrid has launched. , which has encrypted this “injustice” in which Catalonia – with a million more inhabitants – will take 400 million more.

The Ministry of Finance informed the autonomous communities on Monday of the distribution of the 10,000 million euros from the REACT-EU Fund, which leaves Andalusia, Catalonia and the Community of Madrid as the main beneficiaries, which will receive 12.8% of the total. Specifically, Andalusia will receive 1,881 million euros, it is the most populated region in Spain, Catalonia with 1,706 million (17.1%), the Community of Madrid with 1,284 million (12.8%) and the Valencian Community with 1,254 million ( 12.5%).

“What I am telling you is the reality: Catalonia is going to receive 17% of these funds compared to 13% in Madrid, although both have almost the same weight on the national Gross Domestic Product,” Ayuso began. “Both the Community of Madrid and Catalonia have very similar social and economic scenarios, and yet the distribution clearly harms our Community”, he continued. And it has concluded: “The support of the Catalan independence movement to the Government will cost the Madrilenians 422 million euros that they will receive less and this is necessary for all of us to face the effects of the health crisis.” Not a word of the funds that Andalusia will receive, governed by the PP.

The PP leader has defended that Madrid is “the economic engine of this country” and that is why, in her opinion, it should receive more funds because it has also been the community hardest hit by the pandemic. Ayuso has assured that in accordance with his political promise to maintain the criteria that have made the Community of Madrid “the economic engine of this country” and its commitment “to freedom”, they have maintained “some disagreements with the central government, which share their liberal policies. ”

“We have protected our fiscal autonomy in a Community with very high prices, a very high cost of living, where nobody is given anything, betting on the reduction of taxes and refusing the obligation of taxes on Heritage or Inheritance, threat of the socialists, Podemos and the independentistas, attacking the taxation of all Madrid families “.

Vaccines are being another flank of confrontation on the part of the regional president. Ayuso has requested during his appearance that more vaccines arrive in the region because, if not, it will take “many months” to vaccinate all citizens. The Madrilenian president has questioned whether the government’s distribution by childbirth is equitable among the autonomous communities and has called for “transparency and equality.”

“I have always said that I want the same number of vaccines for all citizens, not that Madrid has more to the detriment of others. In Madrid we expected a higher number and now it is another. I hope that more vaccines will come because, if not , We are going to take many months to be able to vaccinate citizens “, Ayuso has launched during the press conference of the balance of this year 2020 at the Royal Post Office.

The president has clarified that what they want to know is what criteria the central government has used for the distribution of those vaccines: “I want to know how many vaccines go to each Community; I want transparency and equality,” he reiterated.