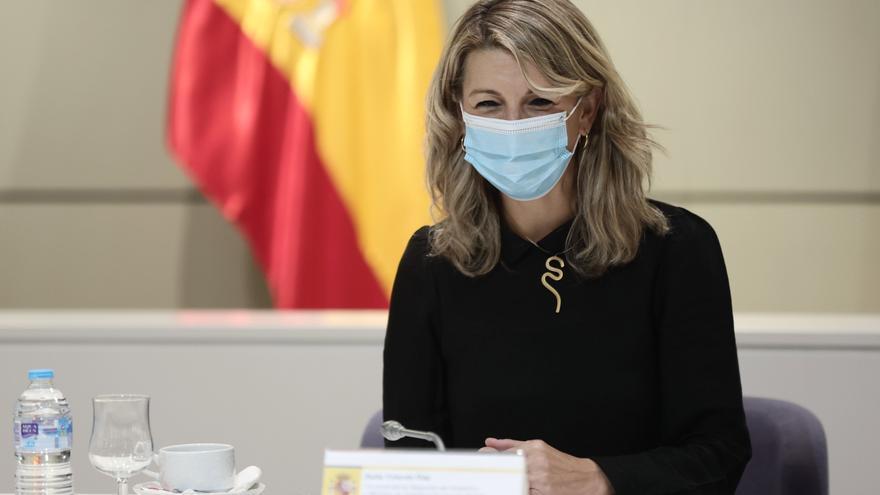 There are 25 days until the end of the year. The same days that remain for the Government to publish a reform in the Official State Gazette, that of the labor market for which Spain will receive 10,000 million euros in the first half of next year. The agreement between the Government and the European Commission states that component 23, the one related to the labor market, has to be approved before the end of the year, preferably in agreement with unions and employers – the reform of Mariano Rajoy, which now it is being dismantled by way of reform, it was approved without that agreement.

The Second Vice President and Minister of Labor, Yolanda Díaz, insisted in Brussels, upon her arrival at the Council of the Ministers of Employment and Social Policies (EPSCO) that the labor reform will be published in the BOE before the end of the year: “Without a doubt Spain will comply with the part that has to do with the reform of the labor market, which is also absolutely essential to alleviate the large structural deficits that Spain has, which have to do with temporality and precariousness. In this sense, it is a of the recommendations by country that the Commission makes to us. We are going to comply. We have to publish that rule before December 31 and we are going to do so. ”

As for the open negotiation with unions and employers, in which the CEOE is showing reluctance to agree to the agreement, Díaz trusts that in the end a pact can be reached: “We are working from the Government, from the ministry, for the agreement We always do and, in this case, we will work harder for the agreement. ”

The guide for the agreement is found in the reform plan sent by Spain in April to the European Commission, and approved by the European institutions. A plan that involves 69,500 million euros in transfers between 2021 and 2023. Brussels has already delivered 9,000 million (13%) as pre-financing in summer, and the European Commission has just approved the remaining 10,000 of 2021 linked to compliance with 52 milestones this year – now the Council, the governments, have four weeks to give the final approval.

The next tranche, of 12,000 million, corresponds to the first semester of 2022. And, a good part of that money corresponds to the approval of the labor reform, according to what is detailed in the reform plan delivered in April – specifically its component 23 – before the end of the year. “I believe that the details are closed”, said Díaz: “We have had many meetings with the European Commission, we have worked hard and well and we are already on the starting track for publication in the BOE. We are in the final stretch” .

Minimum wages in the EU

“Since we are celebrating the Spanish Constitution in our country,” Díaz said, “we are also going to celebrate article 35 of our Constitution here, which, as you know, speaks of sufficient and dignified remuneration for workers and their families. And today Europe will probably take a very important step by taking forward the minimum wage directive in which the Government of Spain has worked for many months, giving a strong boost to that social Europe more necessary than ever. ”

Ministers will also seek to adopt the Council’s position on a directive on binding pay transparency measures. The Commission presented its proposal in March 2021, to “guarantee that workers can assert their right to equal pay for the same job.”

Ministers are also expected to adopt conclusions on sustainable work throughout life and the impact of artificial intelligence on gender equality in the labor market.