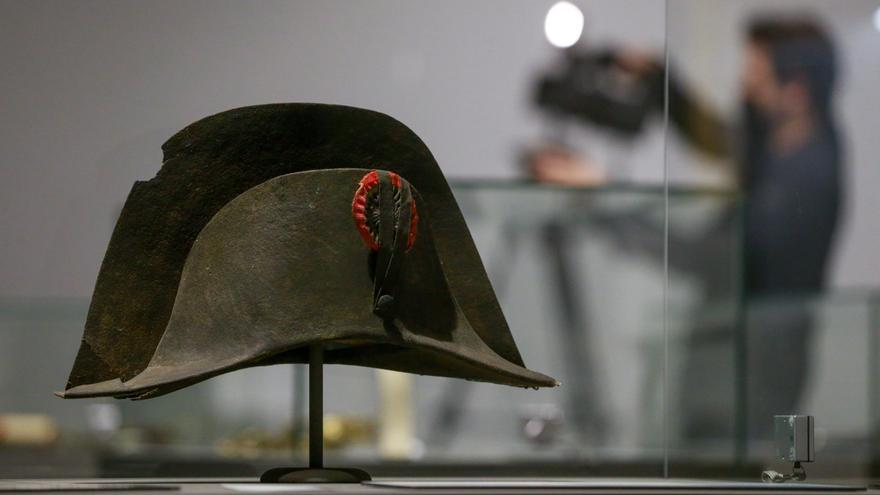 Brussels, May 5 (EFE) .- Napoleon’s defeat at the Battle of Waterloo in 1815 was the beginning of the decline of the emperor whose figure was practically erased from the European continent before the legend about his name was erected.

This Wednesday, the city that saw him fall hosts an exhibition that commemorates his decline and subsequent rise as a myth on the same day as the bicentennial of his death on the island of Santa Elena.

At the foot of the monument to the Battle of Waterloo -a lion created with the metal of the cannons that fired that day-, the center of the memorial exhibits more than a hundred objects owned by the emperor and that span the last 6 years of his life. .

“The main theme is to talk about Napoleon’s life in Santa Elena and the end of it,” Antonio Charpagne, cultural manager of the memorial, told EFE.

Despite the fact that this war event marked his decline and end as a statesman, Charpagne points out that this episode was decisive for his legend to be built as we perceive it today.

Four themes make up this exhibition that shows the visitor both the fall from grace of the French emperor and his exile until his resurgence as a historical figure after his death.

FROM DEFEAT TO EXILE

The lust for power and conquest frustrated Napoleon Bonaparte’s wishes to return to being that emblematic character in nineteenth-century Europe.

On June 18, 1815, the troops commanded by him were defeated at the Battle of Waterloo, forever closing the chapter on the Napoleonic wars and his record as Emperor of France.

A portrait of a Napoleon with a lost look, a tired and decadent gesture is the first image that opens the exhibition and the block about his defeat, abdication and exile to the island of Santa Elena as a symbol of what his figure was since his last fight. until his death.

One of his mythical bicorns, characteristic of the image that is engraved of him in the collective memory, is the centerpiece of this section, along with a bridle bit and a weapon of the emperor that he holstered in that already mythical contest.

Four months after his military defeat, Napoleon arrived in exile in Longwood, a small settlement on the island of Elena, which would be his home until the date of his death.

This piece of land located in the Atlantic was the scene of the decline of Napoleon whose freedom was controlled by the governor of the island and his personality tended more and more to that of a hermit.

From that time, the exhibition includes some of his personal effects and furniture from what was his residence, such as a prominent bronze bathtub in which the Frenchman spent endless moments according to one of the walls of the center.

Over the years, the figure of Napoleon began to be a distant and almost forgotten thing in the popular imagination of the time.

However, in the twilight of his life he used his last strength to fight one last crucial battle: to rebuild his historical legacy.

At this time, people from his close circle began to write his own dictated memoirs, which later would serve as inspiration for some painters to make caricatures and which now hang on one of the walls of the third block of the exhibition.

A short distance away, part of his will rests in which he wrote one of his last wishes, that his body rest forever on the banks of the Seine, a wish that was never finally fulfilled.

On May 5, 1821 at 5:49 p.m. Napoleon Bonaparte died surrounded by grieving friends and family, or so one of the images collected in the exhibition represents.

THE BEGINNING OF A LEGEND

“His death raised his status to that of a mythical figure and several generations of politicians and artists claimed his epic as their own”, reads the exhibition in its fourth and last block in which the bronze death mask of Napoleon is shown and images that glorify his person.

His death was the beginning of the legend of a man who marked the European history of the early nineteenth century and whose legacy has survived to this day. EFE