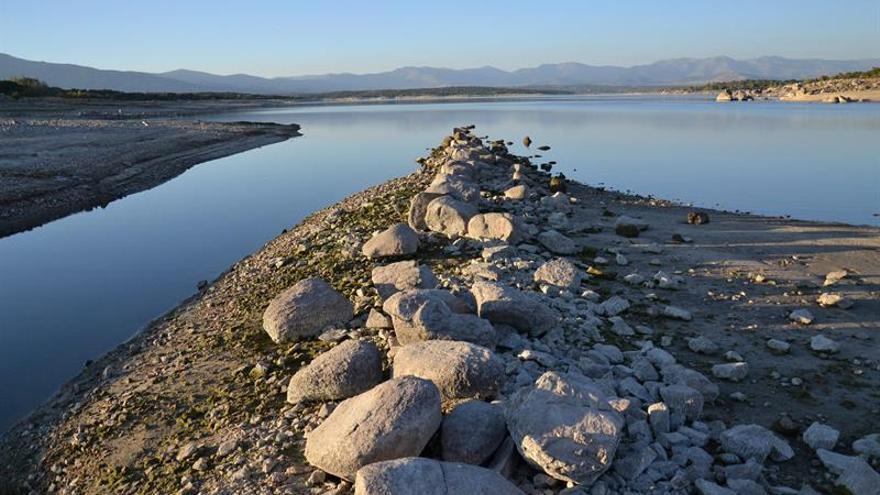 Water at the price of natural gas. Hydropower is being the absolute dominator this week in the matching of the wholesale electricity market, which determines a part of the electricity bill. This Wednesday, August 11, while the first heat wave of the year arrives, the average price of the so-called pool will reach a record of almost 114 euros per megawatt hour (MWh), third in a row, with hydroelectric power as the predominant technology in the matching.

According to data from the Iberian Electricity Market Operator (OMIE), so far this week, hydraulics and pumping hydraulics, which use a public good such as water, have set the price charged by all sources of electricity. generation 75% of the hours in the Spanish market. Far ahead of the so-called special regime (renewables, cogeneration and waste), which has done so for 13.8% of the hours, and the combined cycle plants, which burn natural gas, with the remaining 11.1%.

On Monday, August 9, when pool broke the previous July record, the hydraulics marked price 22 of the 24 hours of the day. This had never happened in an August in the last five years, according to the information available in OMIE.

If the first eleven days of August are analyzed, hydraulics have set the price for 64% of the hours, well above the same period in previous years.

As the energy expert and consultant of the Menta Francisco Valverde group recalls, it is common for the hydroelectric plant to set prices many hours of the year and natural gas does so on a few occasions, except when that raw material is cheap, which is not the case, since which has been at record highs for weeks. “The gas when it has marked the most has been when it has been cheaper,” he points out.

In Spain, as in Europe, the wholesale electricity market operates under a marginal system in which all technologies receive the price set by the last power plant that allows supply and demand to be matched in an hourly auction held one day in advance.

Unlike nuclear (a basic energy, which offers its production at zero price), hydro does not need to constantly discharge electricity. It adapts to the market price that the combined cycle plants are setting and offers at a high price to maximize its benefits. This is known as the opportunity cost.

It is a legal practice, although the Government has sent a letter to the European Commission (at the moment, without response) to request a reform of this marginalist model, highly conditioned by the cost of a technology, gas, which barely contributes 10 % of electricity but conditions what others charge. “It is necessary to review the operation of a market with elaborate rules when the difference between technologies was not so great,” said the third vice president and minister for the Ecological Transition, Teresa Ribera, in an interview in the Financial Times last week.

“I need a price that covers the costs but is reasonable for the consumer [pero] the European Commission considers that this is not compatible with a market with a high level of internal competition, in which the fundamental rule regarding the price is the marginal cost of the last megawatt “, lamented Ribera, who a few days ago, after the extension of the so-called social shield, he warned the electricity companies that “this is not the time to maximize profits”. The vice president has repeatedly rejected the creation of a public energy company to assume hydroelectric concessions that expire, as Podemos has been claiming for years.

The spectacular rise in the price of electricity is running parallel to the rise in gas and emission rights, the vectors that explain this rise. The rally has worsened since the government at the end of May proposed a draft law to drain excess profits from hydro and nuclear due to the rising cost of CO2, which these two technologies do not support, unlike combined cycles.

In June, the OCU already warned that hydraulics had priced 58% of the hours that month, something “paradoxical” when “they have very low production costs, almost negligible, since the water” falls from the sky “and the facilities, in most cases, have already been amortized for a long time”.

According to this association, the cost of gas and carbon “are only an excuse for technologies that have much lower costs to find their opportunity to set very high prices, which bring them extraordinary benefits, typical of an oligopoly and contrary to a market real competitive, since they have the security of knowing that their competitors have higher costs ”.

The new record this Wednesday, which is lower than the prices that will be registered in the wholesale markets of Italy or Greece, comes with the permits to pollute already around 56 euros per ton and the price of gas in the Mibgas market (the reference in the Iberian Peninsula) above 46 euros in some of its products, compared to around 18 euros in December. Gas is historically expensive in a context of strong demand from Asia and supply problems from Russia. These have been exacerbated by the fire, last week, at a Gazprom plant in that country.

The price of the pool has a weight that the National Commission of Markets and Competition (CNMC) recently estimated around 24% in the electricity bill of the more than 10 million consumers covered by the regulated rate or Voluntary Price at Small Consumer (PVPC), although that percentage has increased with the increases in recent weeks. The 17 million supplies that are on the free market are not directly affected. Despite the publicity of the electricity companies that urges them to contract their offers in the free market, all the experts recommend the PVPC to domestic customers. In the long run it is less expensive, although it is directly indexed to the pool, with the consequent volatility in the price of energy.

This means that the transfer of increases in electricity in European electricity markets due to the rise in emission rights and gas has been “particularly high” in Spain, according to a study published this Tuesday by the Bank of Spain that indicates that the rising cost of the pool would explain a third of the rise in the CPI in the first half of this year.

The Bank of Spain recalls in its report that the systems that reference the domestic tariff directly to the energy price, such as Spanish and others such as Estonia or Sweden, are more volatile, but “allow consumers to internalize to a greater extent the signals provided by prices, adapting their consumption pattern accordingly “, save users the risk premium implied by a fixed price and” tend to provide the market with greater transparency and allow more efficient demand management ” .

The spectacular escalation has eaten up the effect of the measures approved by the Government so far – VAT reduction from 21% to 10% on the electricity bill and temporary suspension in the third quarter of the tax on electricity generation (7%) -, waiting for the future renewable fund to come into force and the aforementioned mechanism to reduce excessive benefits from CO2, highly criticized by electricity companies, which have threatened to advance the nuclear shutdown.

The sector lobby has put on the table the ability to pay a “reasonable” fixed price for your reactors and remove them from the appeal, a measure that has been on the Ecological Transition table for years, which is applied in France and that the Secretary General of Facua, Rubén Sánchez, claimed this Tuesday for nuclear and hydraulic.

With the Government on vacation, the unstoppable escalation has led a new cross of accusations between the Executive and the PP, which has requested the appearance of Ribera in Congress. This Tuesday, the Minister of Finance, María Jesús Montero, affirmed from Cádiz that the previous PP Government is “quite responsible” for the current situation and pointed as a cause to coal (which is already residual) and the moratorium on renewables that it approved the Executive of Mariano Rajoy back in 2012, with the electricity system on the verge of bankruptcy due to the accumulation of the tariff deficit impounded (gap between income and regulated costs).