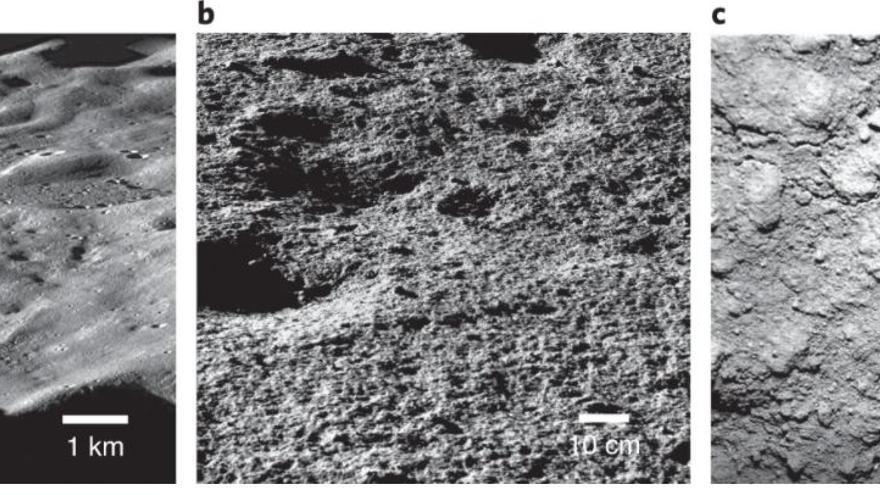 The existence of water on the Moon has not been news for a long time. For decades NASA has been reporting evidence of its existence on its hidden side, which never receives sunlight, either in the subsoil (magmatic water) or in shady surface areas, in the form of ice. Now, the US space agency ensures that there is also water on the face of the Moon illuminated by sunlight. Two years ago, signs of hydration had already been detected on the lunar surface, particularly around the South Pole, which possibly corresponded to the presence of water, but the method used could not differentiate whether it was molecular water (H2O) or hydroxyl (radicals called OH). The new data, published this Monday in Nature Astronomy, “They have no other explanation than the presence of molecular water,” Ignasi Ribas, an astrophysicist at the Institute for Space Studies of Catalonia (IEEC) and the Institute of Space Sciences of the CSIC, tells Efe.

The data was taken from the Clavius ​​crater, near the South Pole, which was observed by the SOFIA telescope (aboard a Boeing 747SP aircraft modified to carry a reflector) at a wavelength of six microns, at which molecular water produces a unique spectral signature: water, trapped within grains of dust or crystals, when excited by sunlight vibrates and emits a wavelength of six microns.

A second study published this Monday also by Nature Astronomy suggests that approximately 40,000 square meters of its surface, of which 40% are in the south, has the capacity to retain water in so-called ‘cold traps’. The second study, led by Paul Hayne of the University of Colorado Boulder, examined the distribution on the lunar surface of zones in a state of eternal darkness, in which ice could be captured and remain stable.

“In cold traps the temperatures are so low that the ice would behave like a rock”, if the water enters there “it will not go anywhere for a billion years”, says the scientist quoted by the university. Although it cannot be proven that these cold traps actually contain ice reserves – “the only way to do it would be to go there in person or with rovers and dig,” says Hayne – the results “are promising” and future missions could shed even more light. on the water resources of the Moon.

The study was done with data from NASA’s Lunar Reconnaissance Orbiter to evaluate a range of possible cold trap sizes, which could be much more common on the Moon’s surface than suggested in previous research. The team also used mathematical tools to recreate what the lunar surface might look like on a very small scale, and the answer is that it would be “a bit like a golf ball,” crammed with tiny holes. The study indicates that “micro” cold traps, sometimes no larger than a euro cent, are hundreds or thousands of times more numerous than larger ones, which can be several kilometers long, and can be found in both poles.

The authors suggest that approximately 40,000 square meters of the lunar surface has the ability to trap water, the presence of which may have implications for future lunar missions targeting access to these potential ice deposits. “If we are right,” Hayne considered, “the water will be more accessible,” bearing in mind, in the future, the possible establishment of lunar bases. The existence on the Moon of potentially usable water is a “very interesting” and “exciting” prospect, Ribas points out, although time will tell if it can be used to help future lunar bases.