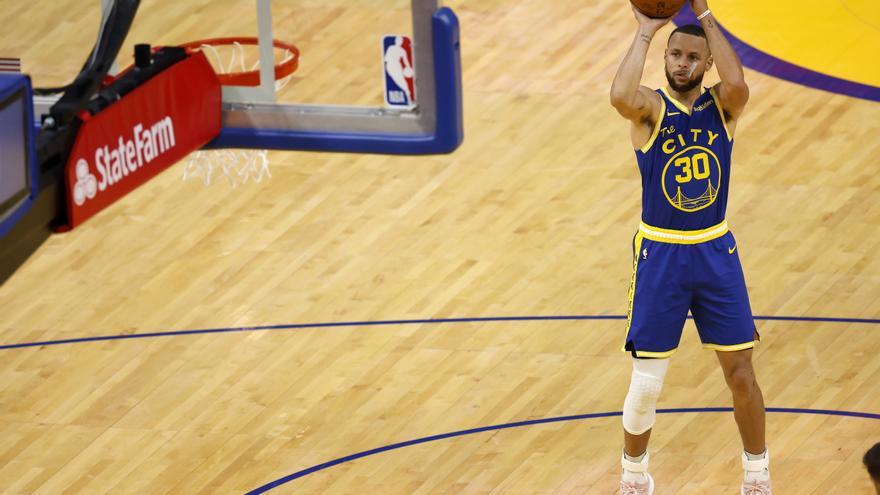 The Golden warriors they secured their future as a franchise together with the star point guard Stephen Curry, to which they gave a new contract extension, this time for four more years and $ 215 million.

The Warriors’ movement was the most prominent in the second day of the free agent market, transfers and extensions within the NBA.

The two-time NBA MVP and three-time league champion made history by being the first to have signed two extension contracts that exceeded 200 million of dollars.

The new signature allows Curry to have a median annual salary of $ 54 million, the highest in the NBA.

Agreement ties 33-year-old Curry, with the Warriors for the rest of their prime and solidifies the franchise’s quest for a fourth NBA title in the Curry era with a core that includes guard Klay Thompson and power forward Draymond Green, both All Stars.

Curry had a spectacular season, winning his second scoring title (32 points per game) and winning the All-NBA first team for the fourth time. Coming into his thirteenth season with the Warriors, Curry continues to rise as one of the transcendent offensive players in basketball history.

If the Warriors have defined the future with Curry as the great figure, the San Antonio Spurs saw three of last season’s key players leave the team.

DeMar DeRozan, to the Bulls

The most important was the guard-forward DeMar DeRozan, who accepted the three-year, $ 85 million offer to join the Chicago Bulls.

The Spurs, who got DeRozan with the forced transfer of the forward Kawhi leonard The Toronto Raptors will receive power forward Al-Farouq Aminu and two second-round rights from the Bulls in the college draft.

The veteran power forward Rudy Gay also left the Spurs to sign for two seasons with the Utah Jazz, and have the second year as a player’s option. He will enter his sixteenth season as a professional and averaged 16.8 points per game.

But perhaps the most symbolic loss for the Spurs will be the departure of veteran reserve point guard, Australian Patty Mills, who leaves the San Antonio team, where he was key along with the ‘Three Friends’ that formed the former Tim Duncan, the French guard. Tony Parker and Argentine guard Manu Ginobili, when they became the last dynasty of the NBA.

Mills goes to the Brooklyn Nets, with whom he signed for two years and 12 million dollars, but the player will have the option of a second season.

The Philadelphia Sixers lost center Dwight Howard, who returned to the Los Angeles Lakers, but they traded cards with the Californian team after they secured the services of center Andre Drummond for one season.

Last season Drummond averaged 11.9 points and 10.2 rebounds in the 21 games he played with the Lakers after being released by the Cleveland Cavaliers.

Another tall man power forward Markieff, who played with the Lakers last season, signed with the Miami Heat to aid in the inner game.

Carmelo Anthony joins the Lakers for one year

Meanwhile, the veteran power forward Carmelo Anthony also agreed to play for the Lakers for a year, where he will reunite with his great friend star forward LeBron James and fight for the league title, which is the only thing missing from his brilliant professional record of sure future Hall of Famer.