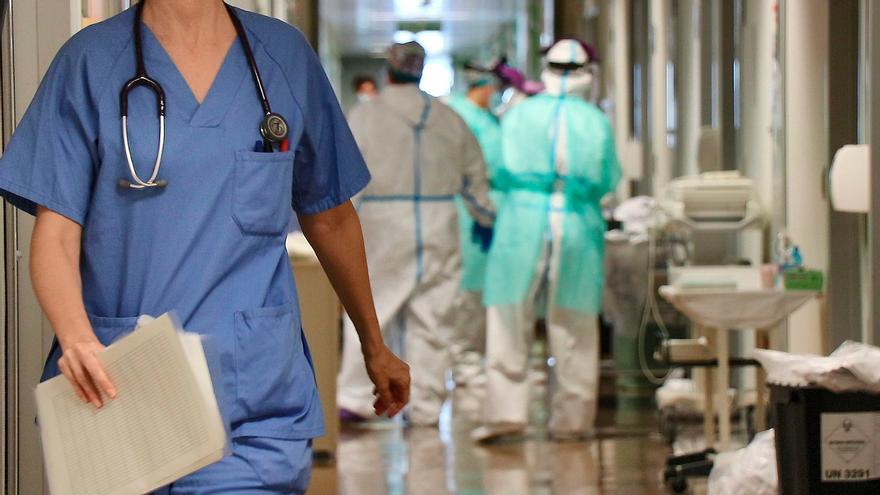 In private healthcare, a war that is not very visible to patients is being waged. A hidden confrontation that has to do with the money that insurance companies pay to self-employed doctors who work for them. The doctors have organized themselves around the Professional Medical Union (Unipromel), a kind of private employer's association created a year and a half ago, and accuse the insurers of sinking their rates and paying them "leonine" conditions for each consultation, test diagnosis or surgery that they perform and that is charged to the patient's insurance card.

"Health costs have been rising and we pay for the insurers their good face in front of patients. We are the advertising showcase and they have millionaire benefits at our expense," says Rafael Arriaza, traumatologist who owns a private clinic in A Coruña and president of the Spanish Society of Sports Traumatology.

The crux of the matter has to do with the scales set in the nineties for each of the interventions and consultations through an agreement between the insurers and the Collegiate Medical Organization that, according to Unipromel, have not been updated. Since 2009, medical associations have been prohibited from participating in these issues related to fees and insurance companies continue to pay prices very similar to those of 30 years ago. In that document baptized as an equalization agreement, they were still in pesetas. elDiario.es has contacted several insurance companies to obtain their position without receiving a response. The employer's association, Unespa, answers in writing that "the relationship between insurers and their suppliers is of a bilateral nature."

The majority of patients who go to private healthcare already do so through insurance. The growth of policies has been unstoppable for years, although the biggest boost in the last decade was recorded in 2020, the year the coronavirus broke out. One in four people in Spain pay a private insurer for health services, according to the latest data from Unespa, and the sector has a turnover of more than 9,000 million euros a year while public health continues to suffer from a chronic problem of lists of waiting, exacerbated by the crisis. Companies such as Sanitas, the second largest insurer in the health sector with more than 20% of the market, speak in their latest balance sheet of a "sales record in the insurance business" that has boosted their annual profits upwards.

"The companies have been left with millions of potential clients. If you want to work privately, you have to deal with the insurers or with a certain hospital group," complains the president of Unipromel, the ophthalmologist Ignacio Guerrero, who regrets that the negotiating capacity at the individual level it is null and he warns that "even the richest in Seville" pays a private insurer. The organization led by Guerrero brings together 4,000 doctors, although according to Unipromel there are about 30,000 in Spain in the same situation.

Some doctors acknowledge that they are beginning to squeeze their schedules to get more patients and add more fees. Guerrero justifies that "to cover expenses" less time is spent and work is done "by the piece." "They force us to do this because of cheap insurance fraud," she insists. The rates vary a little depending on the company, says Manuel Carmona, member of the private practice doctors of the Collegiate Medical Organization. Nor have they changed with COVID-19.

The radiologist gives the example of a shoulder ultrasound, for which Sanitas pays him nine euros and DKV, about 30. "We are in tense negotiations and I have considered leaving some companies. The criteria of the insurers is economic, but the doctor does not It can treat the patient badly, the same treatment for which they pay me nine than for which I receive 30", explains Carmona, who works in public health in the mornings.

Unipromel's request is to raise the prices of general medicine consultations from seven euros, in the worst cases, to 25 or 30 euros; and in specialized medicine up to 40. Currently about 16 are paid, according to the organization. "Everyone knows that in Madrid the private consultation is 100 euros and we have between 5 and 10 euros net per consultation", Guerrero justifies. Asisa, a company to which several consulted doctors refer for its low rates, responds, asked by elDiario.es, that they do not usually comment on this matter. Sanitas has not offered a response to the query either.

"We understand that this has a business side, but if we do it right, it allows us to do the medicine you want. If you lose that side, it can cause serious problems in the quality of care. If cost pressure forces us to adjust the limits a lot, it's easy to fall to the dark side," admits Arriaza, citing the example of prosthetics companies that sold products of questionable quality. There are cases tried: French justice condemned the company PIP (Poly Implant Prothèse) last year after selling a million breast prostheses between 2001 and 2010 made with cheap industrial fillers that over time broke inside many women's bodies. Between the companies and the WTO there is an open slow negotiation to update the gazetteer, the list of medical acts, but not the rates, according to Arriaza.