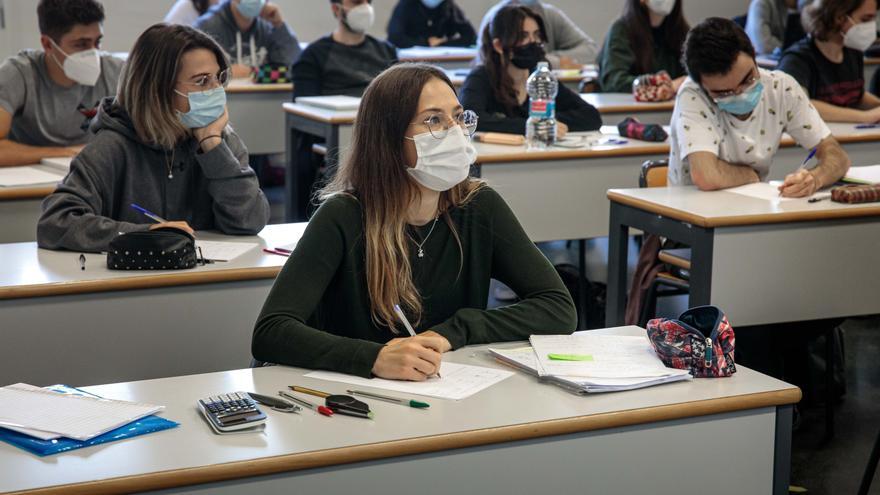 We often hear about education as one of the basic pillars of our society. It is a statement that politicians, journalists and experts of all kinds repeat without embarrassment, as if it were the result of a basic consensus that cannot be doubted. And yet, when it comes to turning that consensus into concrete action, we find that it has more of a rhetorical proclamation than a reality. In a country whose public spending on education (9.5%) is below the European average (10.6%), and where for years there has been talk of an educational pact without success, exceptional circumstances such as the ones we are experiencing make more evident the scarce sensitivity of our governors, and of a good part of the citizenship, with regard to the formation of our children and young people.

As creators and workers in the world of culture, we cannot remain on the sidelines of an issue that concerns us all: the cultural richness of a country is based, to a large extent, in the school. A culture within everyone’s reach is a basic element of democracy, which necessarily involves quality public education. No one with a modicum of good sense could question the importance of scientific research to face this pandemic. But, to heal and understand the wounds that this crisis will leave and is leaving, it will also be necessary to resort to humanistic and social science knowledge and, of course, to artistic manifestations that shed light on what we are and want to be as people and as a society. It is precisely the work of the school to transmit all this scientific and humanistic knowledge, as well as the appreciation of works of art and cultural creations. The school also constitutes that essential space for coexistence in which we learn to put into practice civic values, of which we do not have enough.

For all these reasons, we deeply regret the improvisation and lack of interest with which the public powers are approaching education in the times of COVID. Not only because returning to the classroom without adequate guarantees can bring new sources of infection, which put the health of workers (teachers and non-teachers), students and families at risk. Also, and above all, because the essential role of education continues to be forgotten, which we want to reduce to that of mere support for family conciliation, as if it depended solely on the school and was not a responsibility shared by politicians, businessmen and society as a whole. It is urgent to assume the drop in ratios, the increase in teaching staff, the revision and simplification of the curricula, the increase in investment in public education … measures that cannot be improvised or temporary, but must be part of a continuous policy, beyond the situation we are experiencing.

We verify that, even in a crisis like the current one, the responsible authorities have not been up to the task. Clumsiness and improvisation seem to be at the root of measures that arrive late and are totally insufficient. It remains to be seen, even, to what extent the promises to hire enough teachers in all the Communities will come true and under what conditions. In fact, we began to see the first breaches. On the other hand, despite the deficiencies that distance education has shown during confinement, technology continues to be used as a miraculous panacea, without understanding that behind the so-called digital divide is the social and economic divide in a country in the one that inequality does not stop growing.

The pandemic has uncovered numerous problems and weaknesses in our democracy, structural issues that we cannot continue to ignore. It is time to stand up to the idea that the logic of the business imposes its rules on the health, education or care of our elderly. In the specific case of the school, it is necessary to bet fully on public education, which is the only one that guarantees ideological plurality and the only one that can make it possible for education to be a real instrument of transformation in the face of inequality and in favor of equal opportunities.

Finally, we must insist on the obvious, since it has long ceased to be so: teachers are the pillar of teaching. Who does not take care of the teacher neglects the students. We reject embarrassing spectacles such as the long lines of teachers called from one day to the next to take a test. And we deplore the denigrating comments that are often heard or read, not only on social media, but also in the mainstream media or from the mouths of political leaders, especially when teachers dare to make claims or take legitimate protest actions . It seems as if the teaching profession is in permanent suspicion. Perhaps what should be under suspicion is a society that looks at its teachers with such mistrust, and often contempt. Public education (and those who work in it) has been under increasing pressure for years.

Action must be taken now, in the short and long term. As a first step, it is essential: reduce the number of students per classroom permanently at all levels; provide teachers with the necessary training and equipment to carry out their work both in person and remotely; drink concrete measures of attention to diversity that guarantee the education of students with special needs or the most vulnerable; match public investment with the European average.

George Steiner said that the real fight against barbarism takes place in secondary schools. And that is precisely what is at stake if we do not react in time.

The PP votes together with EH Bildu, ERC and Junts 17 amendments to the Budgets

The UN officially recognizes the medicinal properties of cannabis