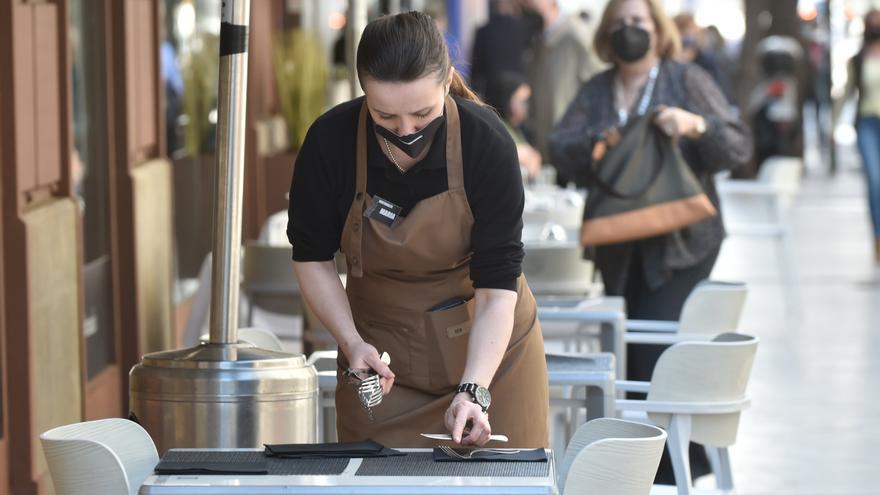 Joe Biden lowered his voice and stepped up to the microphone as if to tell a secret. They had asked him about the difficulties of many companies in the US to find workers now that most of the restrictions due to the pandemic have been lifted. He summed it up in three words: “Pay them more” (pay them more). Some entrepreneurs have just discovered the law of supply and demand. When there is a shortage of the products and services they put on the market, their prices tend to go up. Now that this is happening with the workforce in some sectors in the US and Spain, they do not understand that these unwritten laws of the economy also work for them. “Entrepreneurs are going to have to compete with each other and start paying working people decent salaries,” explained the American president.

In Spain, the headlines have focused on waiters with the start of the tourist season. Waiters missing in Almeria. Soria need waiters. The same in Valencia. Actually, in almost all of Spain. Accustomed to offering a low salary alongside endless hours, bar and restaurant owners responded with a ‘take it or leave it’ to any complaint knowing they had everything to win. Now the balance of power has turned in the opposite direction.

“Could it be that the conditions are so lamentable that there are not enough personnel willing to work in unworthy conditions?” Said Adelante Andalucía leader Teresa Rodríguez.

A text message conversation between a businessman and a worker appeared on Twitter confirmed that suspicion. A day of about 15 hours a day. Only one day off a week. A salary of 800 euros. The owner’s last sentence: “It’s summer. You’ll see.” More and more people see it very clearly, but not in the sense that those making those offers expect to hear.

Some reports indicate that the large restaurant chains in the US, such as McDonald’s, “have been forced to raise wages”, as if it were a drama of biblical proportions. Not even that is enough. The restaurant sector has 1.7 million fewer jobs than before the pandemic, and that offered a million jobs in March when many of those stores reopened. Salaries rose on average 3.9% in the first months of this year, but these are businesses that typically pay their employees very little.

Twenty Republican governors and the US Chamber of Commerce accuse the Biden government of having extended unemployment benefits and other social benefits too long. The complaint hides a very clear intention: it is necessary to tighten the screws on the poor so that they return to accept those low-paid jobs.

In reality, only one in 28 unemployed workers, 3.5% of the total, rejected a job offer because they were still receiving a subsidy, according to a study by the Federal Reserve. Those who refused were working precisely the lowest paying jobs.

“People forget that workers of restaurants have experienced decades of abuse and trauma. The pandemic has simply been the last straw, “one of them explained to The Washington Post. It is no coincidence that most of those struggling businesses pay less than $ 15 an hour, the threshold that unions and progressive organizations have set as a living wage and campaign for the nationwide minimum wage. .

The lack of sufficient staff to serve customers who return to stores can significantly undermine the image of a company. This is what is happening to Zara in some stores in major cities in the US. The long lines in front of the boxes due to the low number of shop assistants have provoked furious protests in the place where they have more influence. Not in the complaints book, but on social media.

In the United Kingdom, the shortage of staff in restaurants, also in specialized positions, has been aggravated by the consequences of Brexit. Before the pandemic, one in four workers had been born in another country in the European Union. With the stores closed, most of them returned to their countries in 2020.

In its effort to drastically reduce the number of immigrants, the government is restricting visas to highly qualified people and the service sector is suffering. And the British show no particular interest in taking jobs in an industry with low pay, harsh working conditions and little chance for advancement. In a survey conducted by Adecco among tens of thousands of job seekers, only 1% were interested in working in restoration.

There is another psychological factor that is difficult to measure. The pandemic has caused many people to rethink their way of life, the job they have, the time it allows them to do other things or be with their family, and the economic conditions. In the case of the toughest jobs, the temptation not to return to the previous life is very strong.

Entrepreneurs may pay attention to what the owner of a Pittsburgh ice cream parlor did, who tried to double the salary on his job offer and raised it to $ 15 an hour. Suddenly, he received a thousand applications in a week to fill 16 positions.

If a company cannot afford it, it is possible that its differential factor is only the use of cheap labor. You may want to review your business model.