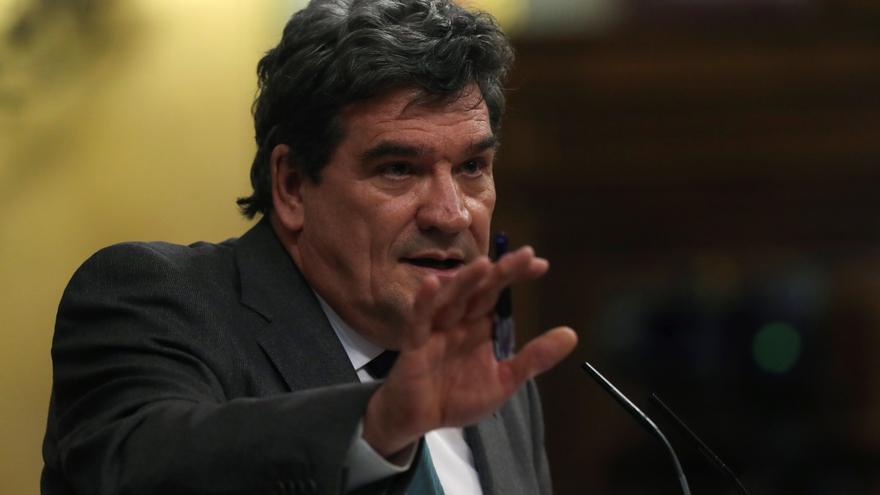 It has been said on many occasions that there is a PSOE in the electoral campaign and another when he governs. The quote that gives title to this opinion article is not exactly my opinion, but Pedro Sánchez himself. During a meeting with his socialist militancy in León in 2018, the then leader of the opposition criticized with these words the proposal of Minister Fátima Báñez to increase the contribution years from 25 to 35 to calculate pensions.

And beware, he was not without reason in the criticism. The question is whether he will have said the same to José Luis Escrivá, who is now Minister of Social Security of his Government, after dropping as a pre-Christmas gift the same measure that Bañez and the Government of Rajoy defended at that time. It should not be the same to take the car and walk through the towns and cities of the State under the banner of ‘It is not No’, than to apply it to those who press, as then, to load the public pension system.

Escrivá has been especially subtle with the proposals he intends to include in the future pension reform. Once the Toledo Pact approved its recommendations, with the focus of the media and pensioner groups on them, the Minister of Social Security has proposed measures that were discarded by the Pact itself and that have the stamp of Báñez and of the PP, as is the case of the extension of the contribution years from 25 to 35 or the implementation of a new revaluation system.

It is not bad to remember, in these times where political memory reaches months ahead, what the Toledo Pact really is. It is a Parliamentary Commission that was created in 1995 with the aim of ensuring the sustainability of the Spanish pension system, a public protection system based on intergenerational solidarity. All parties with parliamentary representation are part of this commission. However, it does not have legislative capacity, it only issues reports with recommendations that are not binding. Then it will be the Government of the day that takes these recommendations and prepares a Law or an amendment to the existing Law that must be taken to Congress for a vote (with or without the recommendations).

For example, the last report issued in October this year included a very clear recommendation, which is also a victory for the pensioners’ movement. This is ‘Recommendation No. 2’, which proposes the annual revaluation of pensions based on the real CPI, to ensure the maintenance of the purchasing power of pensioners and improve pensions. However, Minister Escrivá has already revealed his intention to implement a new system for the revaluation of pensions. The same path that Fátima Báñez took in her day with the so-called ‘Sustainability Factor’. The flames that burned the letters sent by the Minister of Employment to announce the 0.25% rise in pensions in 2018 reached the motion of no confidence. If not, ask the PNV for Mondays in Sabin Etxea. And they are still on.

And Escrivá has learned from those, because while the fire points to the Toledo Pact, he takes the M-30, dodges the report, the protests and gets into the toll road that Fátima Báñez took, the now brand new president of the CEOE Foundation. Applying a pension reform and a labor reform like the one she applied when she was a minister, has its consequences for everyone, although for some more beneficial than for others.

It is time to remind Escrivá that we have memory, and that the path to sustain the public pension system goes in the opposite direction to that taken by Fátima Báñez. Guaranteeing decent public pensions involves repealing the PP labor reform, raising the SMI and, above all, ending the job insecurity that affects above all women and young people, those to whom Escrivá will cut their pensions and It will also condemn future precariousness if it lengthens the contribution period from 25 to 35 years. In short, and as a Minister of Social Security knows well, (and even Pedro Sánchez at the rallies), decent pensions are guaranteed by raising wages.

I am not going to deny that the recommendations of the Toledo Pact can be greatly improved, but it is not the Pact that will legislate the future of pensions. It is necessary to focus the focus on who truly has the ability to decide whether the right of everyone to a dignified retirement is guaranteed.

For this reason, as a pensioner and affected by the measures that Escrivá wants to impose on us, ignoring the recommendations, I call on all the groups of pensioners in the Spanish State to unite and demand that the minister back down with his plan, that we are not going to to accept.

Tags: increase, pensions, there is, to hold, wages