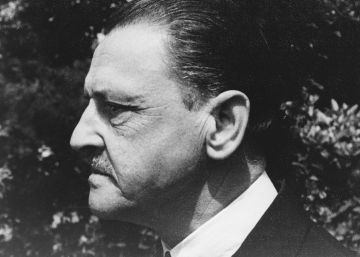 The boundaries between science and literature were set with the arrival of the Renaissance, when science became blind to "unreasonable" interpretations. In this way, not only was the always damaging religious dogma out of bounds, but also all the invisible matter that supports the organic weight of the world; Nothing disposable aspect when it comes to anticipating the uncertainty of the environment. In other words, the frontier between science and literature, in reality, becomes diffuse although it is clear to us as it corresponds to every invented frontier.

W. Somerset Maugham is a clear example of such a statement.

In the prologue to his stories -edited by Atalanta -the writer Vicente Molina Foix tells us how Somerset Maugham appeared in Seville at the end of the 19th century, touched with a Cordovan hat and wrapped in a cape. He had just published his first novel, Liza de Lambeth and he had just graduated as a doctor from the London medical school of St Thomas, in his most creative specialty, that is, obstetrics. Well looked at, dealing with women's pregnancy and childbirth is also a way of dealing with creation.

For this reason, in his diaries, Somerset Maugham pointed out the literary value of everything he lived in his time as a medical student. Among many other things, he learned that pain is health as well as curiosity to knowledge. Watching men and women die, Somerset Maugham was curious about his pain until he understood and so he could alleviate it. With this, he learned that human emotions can only be explained in a literary way, since this is the only way to communicate them.

Watching men and women die, Somerset Maugham was curious about his pain until he understood it and so he could alleviate it

In those years of learning, Somerset Maugham obtained his vital experience, which would form the sediment of all his work from the first novel, the aforementioned "Liza de Lambeth" and where he tells us the tragic story of Liza Kemp, a girl from a working class neighborhood Londoner who works in a factory and lives with his mother, a widow and alcoholic woman. Everything changes for Liza when she falls in love with a married man.

The main theme of Liza de Lambeth it is adultery and its relation to the economic misery that conditions lives on the margins; the same poverty with which Somerset Maugham came into contact when he practiced obstetrics in the London suburb of Lambeth.

From the publication of this novel, Somerset Maugham will become a successful writer, leaving aside the practice of medicine. Knowing that there are many ways to be alive and only one way to be dead, he would devote himself to living and writing.

Among his literary production, the book of stories that today brings us here and where the titled shines with its own light shines Rain; the history of marriage formed by Dr. Macphail and his wife. It all starts for them when they have to remain on the island of Payment-Payment in a forced way before an epidemic that prevents them from embarking. The nature of the events forces them to share housing with a prostitute and with a Puritan and intolerant marriage.

Relationships between characters come to reveal the shady frontier between repression – represented by the Puritan marriage – and freedom – represented by the prostitute. The doctor does not support the scale of values ​​that translate into the double standards of the other marriage. With such a literary example, the writer Somerset Maugham comes to show us that science and literature go together, and even more so when it comes to opposing intolerance conditioned by religion.

Undoubtedly, Somerset Maugham is the conquest of literary space by science since a good day appeared on Sierpes Street, wrapped in its edged cape, ready to leave medicine to become a writer.

Ghosts, skeletons and cats: Google disguises itself for Halloween