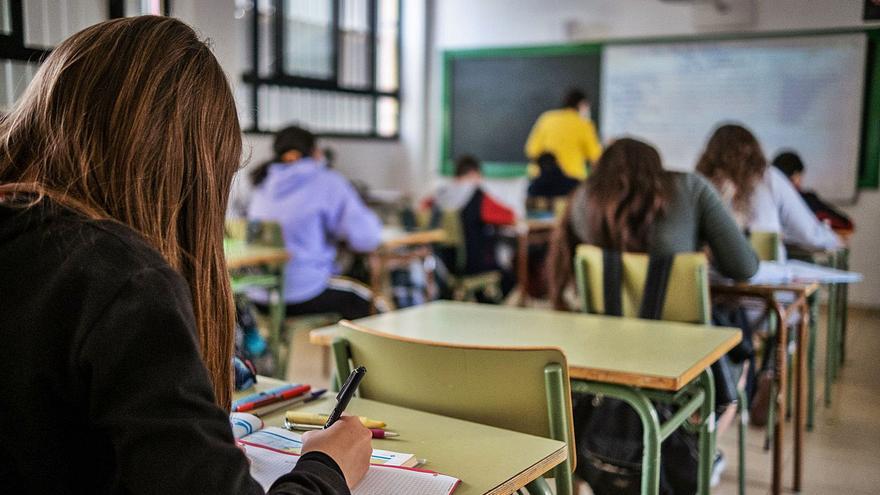 The General Director of Planning, Innovation and Quality of the Ministry of Education, Gregorio Cabrera, indicates that fifty centers from each of the capital islands will participate in PROA + next school year. The objective of this program is to improve the possibilities of schooling for the most vulnerable students and thus promote their subsequent graduation, whatever their personal characteristics or the environment in which they are growing up. In this way, despite the fact that the Ministry of Education tries to distribute resources equitably so that all the Islands benefit from programs like this one, “the more vulnerable students a center has and the more vulnerable the environment in which it is located. finds, the more possibilities it will have of entering the project, ”explains Cabrera, who recalls that, in this case, rural schools have priority to participate.

PROA + was released last school year and is guaranteed for a minimum period of four years. For their continuity in the project, the centers have to undergo an evaluation by the European authorities. Despite having a European and state framework, it is the Autonomous Communities that define each of the activities carried out within this program. In this sense, last year the Canary Islands proposed actions related to the introduction of agents for the development of Information and Communication Technologies (ICT), as well as social educators, and now Spain has introduced them into the state development framework of this Program.

Thus, the success experienced with this and other proposals has led to a notable increase in the number of centers interested in participating in this second edition and the offer of activities has also grown, as well as funding.

Each of the participating centers can choose between one and nine of the proposed lever activities. Some of these actions are focused on improving the capacity of teachers, who are offered training tools, technologies or methodologies. However, most of the proposals focus, how could it be otherwise, on the students themselves, who are offered activities both during school hours and outside of class hours.

The novelties of this year are diverse. Among them are the actions aimed at the associations of parents of students so that they intervene in the improvement of the educational center. Also, for the first time, the figure of the Early Childhood Education technician has been introduced who will promote early stimulation, “which is a service that has been demanding a lot from us,” says Gregorio Cabrera, as well as the participation of social educators in two of the activities so that they can work together with families and thus tackle difficult situations for the most vulnerable students.