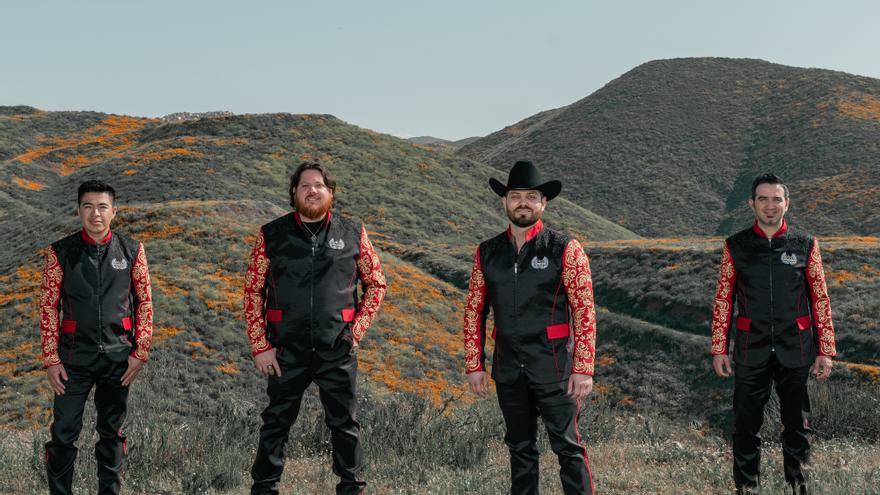 Mexico, Jan 15 (EFE) .- The Mexican band Voz de Mando surprised this Friday with an innovative corrido, "El de arriba", a song that defends that through honesty "and doing things right" you can go far , they assured in an interview with Efe.

"In Mexican culture it is said that he who does not cheat (cheat) does not advance, but there are many people who give the example of doing things from the honest side and that also has its reward," explained Miguel Gaxiola, who plays the bass fifth (plucked string instrument) in the grouping.

"El de arriba" is a corrido whose author is Erika Vidrio and that conquered the members of Voz de Mando when they received the proposal, both for its music and for the energy of its lyrics which, they considered, is good to revitalize those positive messages who were present since the coronavirus pandemic began.

"At the beginning of the pandemic there was a lot of wave of the subject of positive thinking but even so I think that this (song) is not too much because it takes it in a slightly different way, in a more aggressive way ... on that yes it is necessary to continue fighting but with determination, with dedication and with enthusiasm ", added the musician.

The group, which has three Latin Grammy nominations and whose figures have been growing exponentially since they were born in 2009, has so far followed the path of the traditional regional but with an innovative proposal in which they fuse norteño music with the sound of the tuba, common in the northwestern state of Sinaloa.

Despite being clear about the path they want to follow, they defend the freedom of the Mexican regional, which has only grown in recent years and, with it, renewed with new sounds.

"There are young people who are making a lot of music and have given twists to what is the Mexican regional. Here there are no rules, everything is allowed. In our case we have our musical line and not because a current comes we go up. I feel that that would be dishonest with ourselves ", considered Jorge Gaxiola, accordionist and vocalist.

For Voz de Mando it is a fortune to be living this moment of success for the genre with which they grew up and which is now their profession, at the same time that they see their followers increase beyond the borders of Mexico or the United States, where they reside.

On the other hand, they are aware that many of the more than 40 million Mexicans who live in the United States turn to their music and that of many other groups in the country to feel closer to home and that makes them feel proud.

"There are many Mexicans in the United States who for many years have felt nostalgia for their Mexico and probably consume much more Mexican music. I have had to (meet) people who, out of the same nostalgia of not being able to return, long for music, flavors and the smells "said Jorge.

For their part, the Voz de Mando members are focused on continuing to make music as they have been up to now, from their home studio, with love and passion for what they do, despite the fact that they are already looking forward to returning to concerts to connect again with his followers.

The two agreed that they do not only miss the economic income that the "shows" imply, but also the "energy income" and the excitement of traveling and living experiences.

"We had to deprive ourselves of that at this stage but we have to be grateful that up to now we have had health: we have not had near tragedies and many people have. We cannot raise the bells to the flight because all this is not over yet," Miguel concluded .