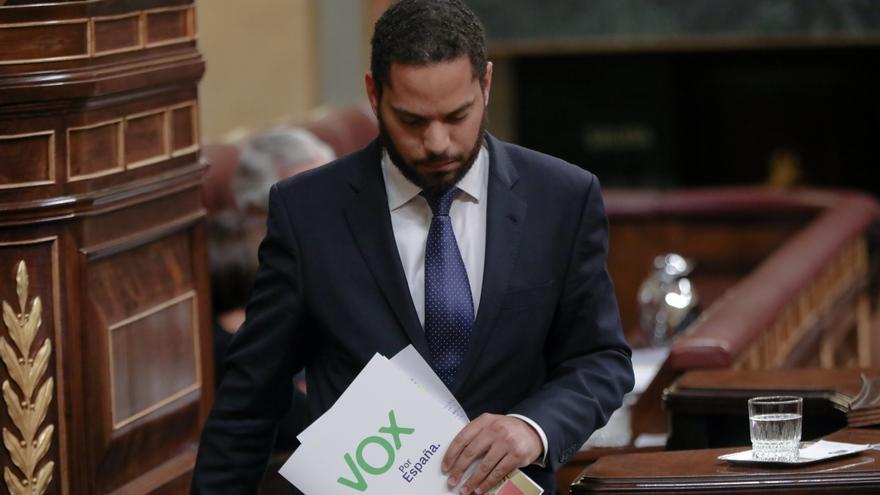 The deputy of Vox, Ignacio Garriga, in charge of defending the motion of censure of his party during the Plenary of Congress this Thursday has begun his intervention by charging against the PP that, without having clarified yet what your vote will be on the initiative of the extreme right, has already announced that it will not support it. “This motion of censure is not a marketing operation, it is a national duty,” Garriga told the popular deputies.

The parliamentarian explained that the motion has been presented against the Government’s claims to “put an end to the parliamentary monarchy and the rule of law.” “There is an urgent need to use all the resources at our disposal to avoid the ruin of millions of Spaniards,” he added. Regarding the fact that the motion is going to be rejected by a majority in Parliament, Garriga insisted: “We may lose but we will have given testimony of the reasons that make it necessary to call elections.”

“More will lose the deputies who have to explain to the Spanish their responsibility in the continuity of this disaster,” he continued, in a new allusion to the PP. Because, in his opinion, “the motions serve to change governments but also to record the lack of confidence of the deputies in this Government” and propose an “alternative that offers the Spanish an alternative path.” “No motion has had as many reasons as this one,” he has settled.

Among allusions to the PP and also to Citizens, Garriga has considered that the Government “is illegitimate” and began with “a gigantic fraud” by the pact between PSOE and United We Can. “He did not care about the unity of Spain, nor the prosperity of the Spaniards, nor the assassinated ETA in order to come to power,” the deputy from the extreme right has told Pedro Sánchez. Garriga has also assured that the chief executive is “the symbol of lies and fraud”, that “he came to the presidency lying to the Spanish and has made lies his way of governing.”

Garriga also added that “ETA has not been defeated” and has blamed Vice President Pablo Iglesias for “each of the threats, insults and blows” that in his opinion Vox supporters receive throughout Spain.

Garriga has insisted that the Government has “been born from fraud and lies” in its “plan against the institutions” that “has worsened with the arrival of the Chinese virus.” “All of you have broken the records of health and economic disaster,” he told members of the Government. “They have never thought of protecting the Spanish, they only think of maintaining power and carrying out their totalitarian agenda,” he continued. “Its ineffectiveness opened the door wide for the Chinese virus. A government obsessed with the implementation of its ideological agenda has completely neglected the needs of the Spanish.” “Sánchez had the information, he hid it and then he said that it could not be known,” he has settled