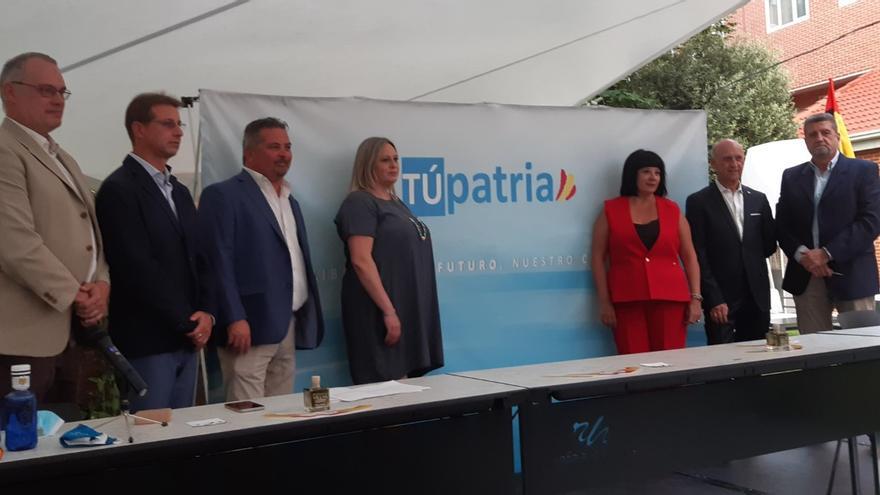 Vox fails to stop the bleeding of casualties in its ranks. Since the beginning of the year, Santiago Abascal’s far-right party has seen organic leaders and important public officials who have been elected in the last regional and municipal elections have left. The parade of abandonments – or, in some cases, of expulsions – has been incessant since the formation – third force in Congress – began its national expansion. The party has had to face fights and internal fights for power, as well as accusations of “irregularities” in the management of the public funds it receives.

Some of these dissidents have ended up promoting a new project called TÚPatria, in whose dome there are more than half a dozen old Vox positions, starting with the president, Carmen Gomis, who was a member of the National Executive Commission and provincial secretary of Vox in Alicante until March 2019.

The parade of internal conflicts this year was inaugurated in January by Alejandro Vélez, the only councilor that Vox managed in the Badajoz mayor’s office, they are members of PP and Citizens. The mayor He refused to comply with the expulsion of the party decreed by the national leadership, alleging that it was “anti-regulatory”, and so he appealed to the court. The party asked Velez to return his record for contradicting its guidelines around hiring advisers without permission from management. Vélez turned a deaf ear to such a suggestion despite the fact that the Guarantees Committee ratified his definitive expulsion from the far-right formation.

Shortly after, Abascal received a new blow: the march of which he was the head of the list for Almería and deputy in the Andalusian Parliament, Luz Belinda Rodríguez, who slammed the party and went to the group of ‘not attached’ accusing his colleagues of “misogyny” and “lack of internal democracy”. Months later –in March–, Rodríguez confirmed to elDiario.es that joined “as an independent” project of the Spanish Falange de las Jons, the party founded by José Antonio Primo de Rivera.

Management was more hurt by the case of Seville, where the president of Vox, María José Piñero, close to Judge Serrano, resigned last February after accusing the leadership of “playing irregularly with the resources of the affiliates” to whom they sent a harsh letter assuring that the Executive “had created a parallel structure within the party on the fringes of the militants.” Despite this, Piñero retains her parliamentary record.

All in all, the most shocked scare in Andalusia has been the one that starred at the beginning of July the judge Francisco Serrano himself, Vox candidate for the Presidency of the Andalusian Board in the 2018 regional elections and so far group president Vox in the Andalusian Parliament. The controversial judge, who is on leave of absence, presented his withdrawal from the party after learning that the Superior Prosecutor of Andalusia had sued against him for an alleged crime of fraud in the subsidies for a public aid of 2.5 million received in 2016.

After his departure, Serrano assured that he made that decision “to avoid that the necessary regeneration work that Andalusia needs and that Vox flag be stained by the accusations” of which he claimed to be “being a victim”. Like Belinda Rodríguez, Serrano has kept his minutes and has joined the group of ‘not attached’. Despite the departure of both Vox deputies, the absolute majority of PP and Citizens in the regional Parliament remain.

Another focus of conflict in the formation of the extreme right must be placed in Murcia, where the party first decided to suspend three of its four deputies from the regional Assembly from militancy and then expel them. These are Juan José Liarte, spokesperson for the group; Francisco Carrera, and Mabel Campuzano. The reason for this decision was to have decided “unilaterally” the dismissal of several workers in the group and to have taken control of the accounts after removing national leaders from them. The only deputy who remained in office was Pascual Salvador, who did not support the decision made by his colleagues without consulting Madrid.

However, Vox Murcia has a long history of disagreements. Last April, in the midst of a pandemic, Alba Peña, a member of the management company that piloted Vox Murcia, left the formation after the regional executive resigned en bloc after 10N due to “overwork”. As denounced, the party is being “destroyed throughout Spain”. “For months I have endured for camaraderie and for refusing to accept that this project, which took so many hours from my family, so much effort, so much enthusiasm and so much money, has cost me, has become an organization where anyone who disagrees is expelled “he declared to the regional press. At the end of June, Pascual Salvador, the only deputy faithful to Abascal who remained in Murcia, asked to dissolve the Vox group in the regional Assembly.

In Valencia they have also faced problems. The far-right formation welcomed two weeks ago how the Valencia Provincial Prosecutor’s Office filed the complaint for alleged illegal financing that a former party administration filed on July 8, alleging that the formation had received illegal donations in violation of the regulation on financing the political parties. The complaint, ratified by a group of militants from Elche and El Campello, pointed to those responsible for the party in Valencia, Jose María Llanos and Joaquín Díaz, whom he accused of holding “a box B” to pay daily expenses for meals, trips and events. The Prosecutor’s Office, however, considered that the information provided in the complaint “does not observe any irregularity with criminal relevance” and the case has been settled.

Months earlier, in Castelllón, the head of Organization, David Muñoz, had abandoned the deputy act in Les Corts – which he had achieved in the elections in April 2019 – citing “personal reasons” to return to teaching. Before leaving he left his wife, Maria Ángeles Escribano, as an administrator in the parliamentary group.

Torrevieja (Alicante), the spokeswoman and councilor for Vox, Carolina Vigara, announced in early July that she was leaving her posts for “health problems”. The number two of the group, Juan Carlos Ramos, also gave up her act. However, a few days ago Vigara changed her mind and said she was staying, a decision that some colleagues linked to strong rumors that she was leaving due to the alleged irregularities in the group’s economic management, something that the mayor strongly denied. Vigara is the only mayor of Vox in Torrevieja and has exclusive dedication as a municipal spokesperson, for which he receives a salary of 3,000 euros per month, according to sources from the consistory.

In the Alicante town of Elda, José Mateo, the only councilman who had the formation of an extreme right in this City Council, did materialize his departure and left Vox without municipal representation by moving to the group of ‘not attached’.