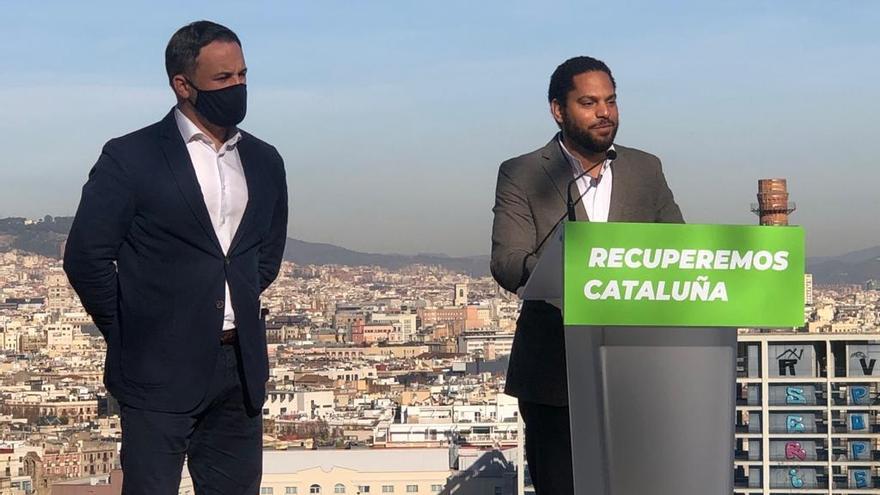 Vox suffers in Catalonia an unstoppable blood loss of affiliates and organic positions of such a dimension that it has forced it to launch an internal campaign with the aim of attracting new militants and convincing those who have announced that they are leaving so that they do not do so. . The initiative, which seeks to rebuild the training for municipal and regional authorities in the spring of 2023, has been baptized with the name of “Reconnect with Vox” and is aimed primarily at members and supporters of Barcelona, ​​where the higher number of dropouts.

Some of these affiliates who announced to the party their decision to leave and, therefore, stopped paying their monthly fees, denounce that the address is not taken for granted and is violating the data protection law by sending them messages informing them that the next installments will be charged. “After the conversation with you, it is agreed that in the next receipt the arrears of the four months pending payment will be passed on to you together with the August installment. We would appreciate it if you would consider the possibility of the annual payment, since it would be more comfortable for you “say those messages, to which elDiario.es has had access. “If you unsubscribe, they must delete all the data of the former affiliate from the census,” one of these former Vox militants explains to elDiario.es.

One of those affected warned the party in another message – to which this newspaper has had access – that he would continue to return “any receipt” that came to him from Vox and was surprised that the party assured that he had contacted him by phone. “I do not know where they get that they have spoken with me and that I have given permission for them to charge my account with any more Vox fees. I stopped paying because they have done things wrong,” explains this ex-military in that message, where he also regrets the dismissal of the former coordinator of Terrassa, Jesús Rodríguez-Pachón, one of the reasons that prompted him to leave.

“Please, leave me alone and at least do not lie, they are ashamed of others”, this ex-affiliate makes them ugly in his response.

The fees in Vox can range from one euro per month “for really special economic situations and for the disabled” – “attaching the supporting documentation”, they clarify in the membership sheet – to the so-called “generosity fee”, which is 30 euros monthly. In addition, there is a “contributory” fee of 25 euros; another “ordinary plus”, of 15 euros; and a simply “ordinary” one, of 5 euros. All are charged every month. Among the “specials”, in addition to the one euro already mentioned, there is another “reduced” of 5 euros “for students, unemployed and retired” and another “young quota” for under 23 years.

In the last balance of audited accounts For the “independent” company Abaco, Vox claims to have entered that year in terms of membership fees more than four and a half million euros (4,652,521 euros) while the previous year, 2019, was a lower amount (3,889,589 euros). Membership, as recognized by critics, had its greatest boom on the eve of the municipal and regional elections two years ago and also in the recent Catalan regional elections because to be a candidate or vote in primaries –processes that have practically disappeared– You have to be up to date with the payment.

Last January, the national leadership promoted the new party card in order to modernize the old one. “New card, same convictions”Vox leaders promised. It was the moment in which the party took the opportunity to launch a nationwide campaign with the aim of increasing its number of followers.

Although the formation of Santiago Abascal landed hard in Catalonia, where he managed to enter the Parliament with eleven deputies, critics affirm that the defections and casualties of militants have not stopped since the autonomic elections of February and continue “at an alarming rate” due to the constant clashes that some party officials have with the current leadership presided over by Joan Garriga, cousin of the leader in Parliament, Ignacio Garriga.

The crisis worsened at the end of last April, when the Terrassa coordinator, Jesús Rodríguez-Pachón, was dismissed, for “loss of confidence”. The decision unleashed an internal rebellion that resulted in a successive chain of resignations from other positions and numerous casualties of militants, who accused the regional leadership – and the national leadership – of “despotism”, of acting with “order and command” and of having become “another parasitic party”.

In solidarity with Rodríguez-Pachón, the door was slammed by Juan José de la Rosa, coordinator of the Vallès Oriental; Alfonso J. Paniagua, coordinator at Barberá del Vallés; and Rafael Gómez, coordinator of Badia del Vallès; although the latter subsequently backed down. And of the 170 affiliates in Terrassa, almost half left, according to critics. The coordinator of Rubí, another municipality of Barcelona, ​​José María Torrente, also left, who issued a harsh statement in which he accused members of the Catalan leadership of “despotism”.

“Here our opinion is not taken into account or is worth anything, here only the opinion of Mr. that we all know is valid and if you disagree you go to the wall (…). We are cannon fodder, disposable rag dolls, They just want us to do their dirty work and then to the trash can. Open your eyes, don’t be fooled. Vox Barcelona is bleeding to death for these subjects, “he added, in a veiled allusion to Jordi de la Fuente, secretary of Organization of the far-right formation, whom critics accuse of being” invading “the formation of we platform –Which is what they call the former leaders of the former xenophobic formation Plataforma per Catalunya (PxC) -. They say that the members of that party that Josep Anglada once led “really control the party” together with the national spokesman and head of the European Vox delegation, Jorge Buxadé, whom critics nickname ‘Rasputin’.

From that moment, sources in this sector assure that the calls “from Madrid” trying to recover some of those who left did not cease, “but they came face to face against the forcefulness of the arguments regarding the paratroopers. we platform “. That first group of dissidents from Catalonia led by Rodríguez-Pachón decided to join Spain Suma, the new brand that another former leader of Vox de Andalucía, the councilor of Sanlúcar de Barrameda José Manuel Martínez Ayala, ‘snatched’ from the PP by Pablo Casado and with which the conservative leader dreamed of absorbing Ciudadanos. The slowness of Genoa in registering it with the Ministry of the Interior led the ex-Vox to appropriate it.

This new project is being nurtured mainly by disenchanted people from the far-right party of Santiago Abascal. However, its new leaders want to differentiate themselves from Vox despite sharing many of its principles, especially with regard to “the unity of Spain” and the rejection of nationalists and independentists. “Those of us who come from Vox do so because we were part of the original Vox and not the current one, which has totally changed as soon as it has come to power,” Martínez Ayala told elDiario.es after its launch. “We do not care if it costs us to remove the label of the extreme right, because we are not and in the coming months it will be seen.” “We are not the same as Vox because we have ideas that share many ideologies. We defend sexual freedom and we are not against homosexuals, for example,” he clarified.

Some of the dissidents complain about the pressure they have suffered. Not only in Catalonia. In the Madrid town of Valdemoro, Councilor Fernando José Martínez Albor assures that since he left Abascal’s training and decided to stop at Your homeland –Another party full of Vox dissidents that has just completed a year since its creation– is being subjected to a campaign of “lies and falsehoods.” Martínez Albor collected the act of councilor at the end of last year after the dismissal as spokesman of the head of the Vox list, Antonio Corrales, since he was the next on the electoral list. According to him, the formation of Santiago Abascal pressured him to resign but he refused and now defends his new party as an unaffiliated mayor.

In Catalonia, when the waters began to seem calmer, at the end of July the regional leadership decided to shake them up again with the sudden dismissals of Joaquim Barba, coordinator of the entire Baix Llobregat area, and Enrique Giraldez, coordinator in the town of Vallirana. In this group, of the 37 affiliates that Vox had, 31 have withdrawn, according to critics. “And there will be many more dropouts,” they forecast from this sector.