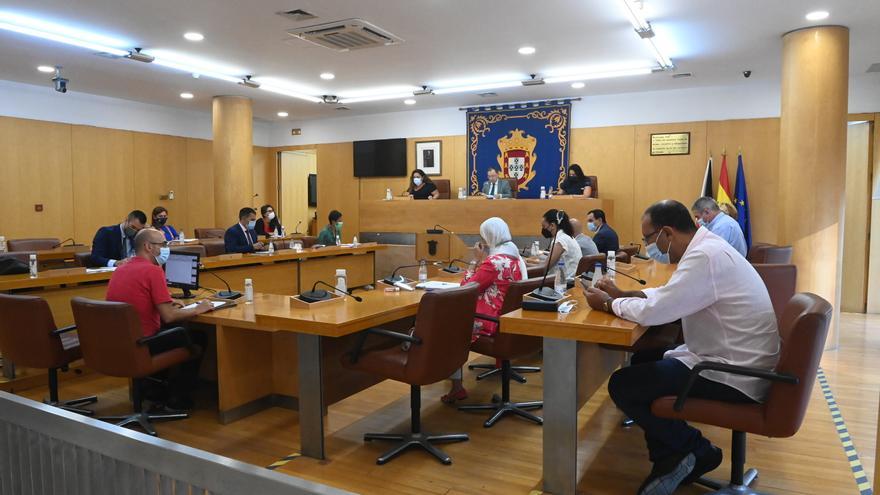 The Ceuta Assembly will approve this Friday with the votes in favor of the PP, PSOE, MDyC and Caballas to include from 2022 a second Muslim celebration, Easter at the end of Ramadan, Eid Al Fitr, in the work calendar of the autonomous city. Twelve years ago, in 2009, the local Corporation agreed to declare the Sacrifice, Eid Al Kebir non-working, the first non-Christian holiday institutionally recognized in Spain since 1492.

Vox, with four of the 25 deputies of the chamber, will be the only formation that is unmarked from the agreement, which will formally assume what is already included in a multitude of Collective Agreements and in the school calendar. After supporting in 2019 and 2020 to recognize the Passover of the Sacrifice as a holiday, now the ultra-rightists consider that this celebration “does not belong” to the “tradition” or the “culture” of the city, despite the fact that it is the most important day of the year for more than half of the Ceuta.

The Government of Juan Vivas intended to preserve the current model for more than a decade, but in a minority it has been forced to choose between removing Eid El Kebir from the calendar to include San Daniel (October 10), as required by Vox, or incorporating the end of Ramadan festival, as imposed by the socialists and the localist formations.

Caballas, a party with an eminently Muslim electorate but devoted to an “intercultural” city project, has convinced the PP and the PSOE to try to put an end to the political brawl that every year the election of the 14 holidays of the following year generates in Ceuta. Thus, in 2022, the Christmas holiday, Sunday, will be dispensed with in 2022 to instead include May 2, when it is expected (it depends on the lunar calendar and, in Ceuta and Melilla, on the interpretation of the Ministry of Moroccan Religious Affairs) to end the holy month of Islamic fasting.

The PSOE and the localists of the MDyC defended the same, but those of Mohamed Ali will finally achieve, after trying for five years, that the Plenary agree on “stable” criteria that will be maintained as long as the parliamentary majorities do not change. Vox has called “Islamizing” the step that the regional Chamber will take and has assured that, if he comes to govern one day, repealing it will be one of his first measures.

The agreement establishes that from now on no national or local holiday that falls on Sunday will be passed to the following Monday. Also that, although it is legally possible, Kings or Holy Thursday will never be dispensed with and that four local dates will always be non-working: San Antonio (June 13), the Virgin of Africa (Patroness of the city, August 5) and the two main Muslim holidays, the Passover of the Sacrifice (Eid Al Kebir) and the one at the end of Ramadan (Eid Al Fitr).

In addition, the years in which at least two festivals fall on Sunday (the vast majority of the exercises), the Day of Ceuta, on September 2, will not be workable either. Only in specific exercises such as 2023, when only one coincides, the day will be held with institutional and social events.

“We believe in dialogue and in the possibility of reaching agreements, even if it implies giving in”, defends the local Executive Minister of Finance, Kissy Chandiramani, on the position of the Ceutí PP, in whose bosom the decision has also generated tensions, which to his judgment “coincides with our way of conceiving the treatment of the multiconfessional reality of our city: respect, recognize and appreciate instead of rejecting; include instead of excluding; share instead of dividing.”

For the general secretary of the PSOE, Manuel Hernández, the inclusion of the two main Islamic festivals in the work calendar is a matter of justice to “reflect our cultural diversity without giving priority to any community over another” and to “attend to a historical claim of the Muslim, representing a high percentage of the local population. “

In the opinion of Mohamed Ali, “what we seek is to end increasingly virulent sterile controversies and draw up a calendar each year in accordance with the social reality of Ceuta so that, using the mechanisms that the applicable regulations contemplate, we can reconcile all sensitivities cultural from an inalienable respect for popular customs and traditions “.

In the opinion of the leader of the MDyC, Fatima Hamed, the incorporation of the second Islamic Easter as a labor holiday in Ceuta since 2022 will be something “historic” for which he has been fighting since he founded his party: “The calendar”, he thinks, “must respond to our society and our reality, since it is evident that a good part of the city is paralyzed by Eid Al Fitr although until now it has not been recognized as such “.

The president of Vox in Ceuta, Juan Sergio Redondo, has dismissed as “infamous, Moroccan and Islamizing” the work schedule that will be approved by the Plenary this Friday in “a new betrayal of the Government of the PP of Juan Vivas.” “This is a new scam of the PP to its electors”, has censured the regional deputy, who believes that “the PP has given itself to the Moroccanization with its partners of the pro-Moroccan ultra-left”. “It is open to the Islamization of the city without qualms or shame,” he denounced.

Those of Santiago Abascal have advanced that they will make this issue a matter of national controversy and that, if in the 2023 elections the Ceuta are given the possibility of forming a government, one of their first decisions will be to “immediately withdraw the holidays from the working calendar. of the end of Ramadan and the Sacrifice “, which they supported dyeing red in 2020 and 2021” deceived “by the PP, according to Redondo.

From his point of view “holidays should not take into account the cultural manifestations of the city”, since “our historical and political identity must be in line with that of Spain”. “We have Christian and Western roots and the social reality is changing, it can change: 30 years ago it was different”, it has gone back to the time when Muslim mackerels still did not have access to nationality.