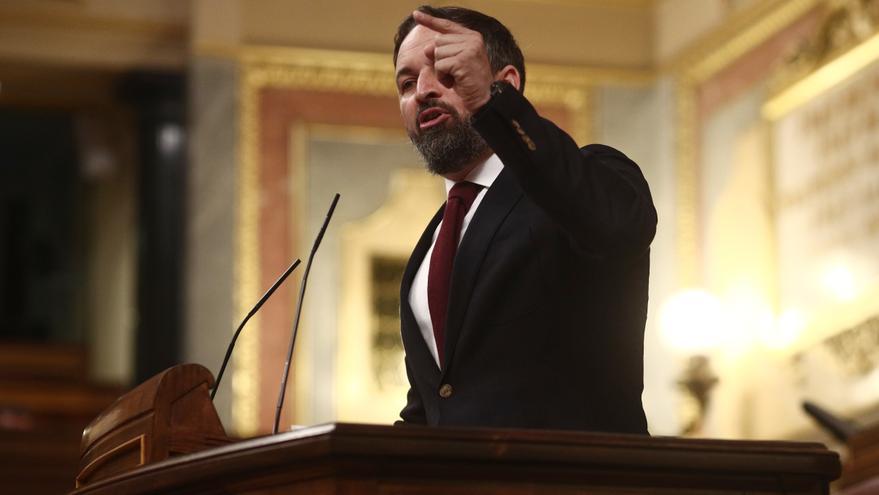 The list of enemies of Spain drawn up by Vox grows at such a rate that soon more will be included than those who are outside. It is a logical consequence of the slogan used by the party: “Only Vox remains.” Everything else is anti-Spain. The last one to appear in the ranking is the group of victims of terrorism, Covite, against whom a complaint has been filed for an alleged crime of libel and slander “related to a hate crime.” Those who have basic mentions of law know that these crimes can occur when crimes are imputed to someone without evidence or with “reckless disregard for the truth.” The problem for Vox is that it is difficult to separate its political activity from these last words.

The text that has caused the anger of Vox is an analysis published by the Covite website more than a year ago in its section International Observatory for Studies on Terrorism. The report in question was published in January 2020 and concerned far-right terrorism in Europe.

There is only one reference to Vox and it has nothing to do with violence, much less impute a crime to the party. It is purely descriptive with a list of parties of similar ideology: “At the same time, Europe has seen an increase in electoral successes for the nationalist and far-right parties. Parties such as the National Front in France, Vox in Spain, Sweden Democrats, Golden Dawn in Greece, Law and Justice in Poland, Freedom Party in the Netherlands and the Danish People’s Party are just a few examples of how the far-right agenda has entered the European political scene. ”

In another paragraph, it refers to the existence of “extreme right-wing forces, both violent and non-violent,” making it clear that legal parties are not being accused of violent acts (including Golden Dawn, which was declared an “organization criminal “by the Greek justice later, in October 2020).

In the hope that your voters don’t bother going to the Covite website, the Vox statement December, which announced the first step for the presentation of the complaint, said that the party was being linked “with criminal acts of a terrorist nature that have nothing to do either geographically or politically with Vox, showing a clear intention to damage the image of a formation that has always condemned violence “.

There is none of that in Covite’s analysis. Also part of the imagination of Santiago Abascal’s party is the allegation that “the crimes of Anders Breivik (the neo-Nazi murderer of 69 youths in Utoya, Norway) are related to the political principles of Vox.”

Marta Castro, Deputy Legal Secretary of Vox, affirms in a video that they will not allow them to be related to Nazism and racism or that “even, as the Covite Observatory of Terrorism has done, it is indicated that Vox promotes terrorist acts.” This last sentence is false. Given that Castro is a lawyer, you have to imagine that you have read Covite’s analysis and know that you have not found any phrase that says that.

Now it is a judge who must decide whether or not to accept the complaint. You have no basis for doing so nor do you need to call the authors of the Covite analysis to declare. You only have to read the denounced text. You do not have to agree with its content, but check that there is nothing there that has to do with insults or slander. It is not insulting to claim that the influence of far-right parties in Europe that have obtained good electoral results has increased. Perhaps the expression “at the same time” indicates to you that they are different phenomena from the realization of terrorist acts committed by other groups.

Vox has learned from the PP that the courts are the continuation of politics by other means. If you find party opponents especially obnoxious for whatever reason, no campaign is complete without a visit to the prosecution or a court. You can even summon press photographers. In the case of Abascal’s party, this is consistent with the threats it has made to the nationalist parties to which it has promised to promote its outlawing, which is undoubtedly the fastest way to win elections.

Consuelo Ordóñez, president of Covite, affirms that they have never received an attack like this, not even from the nationalist left. “In these new times, we only receive attacks from the nationalist right, of the savers on the other side, which includes Vox and also fans of other games. They are the saviors of Spain. If you think like me, you are a good patriot, and if you don’t, no. I’m tired of these people, “said the sister of Gregorio Ordóñez, a PP councilor assassinated by ETA.

The apparent paradox that Vox is complaining against an association of victims of terrorism that it claims to defend is not such. The priority for the party is to make it clear that there is a conspiracy in which all those who are not like them are. Hence the “only Vox” thing. The “savers” referred to by Ordóñez are alone by their own decision and need to intimidate all those whom they suppose far from their positions.

Covite harshly rejected gestures of support that were given to former General Rodríguez Galindo, convicted of kidnapping and murder in 2000, after his recent death. That was enough to place this association on the (legal) target of Vox.