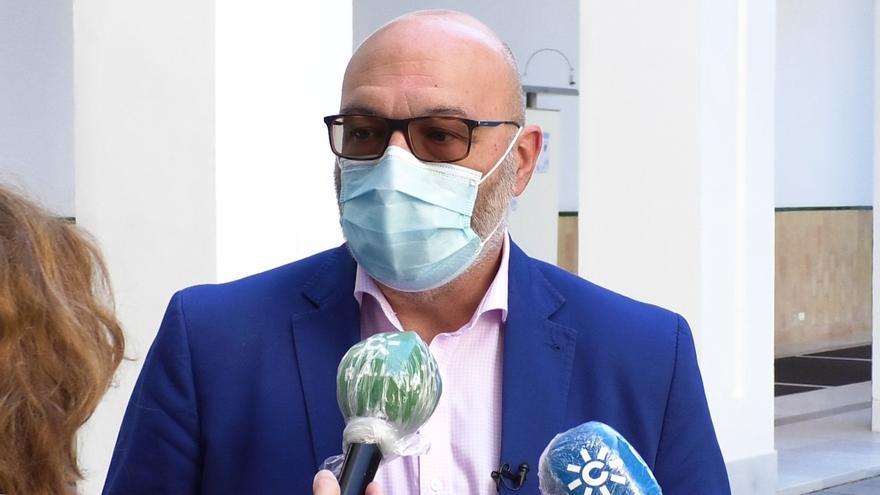 He speech by Pablo Casado in the motion of censure It has stung in Vox, which supports the Andalusian Government. Although they have not made any decision, party sources in Andalusia advance that they will study the words of the popular leader to decide their new strategy: “They will know how they play their cards. They can go well, badly or regularly,” they say, referring to the PP.

The apparent anger of Vox can stretch the rope with the Andalusian Government, so the PP rushed to loosen it this morning. At 10.59 this Thursday, October 22, and coinciding with the peak of the speech of the national leader Pablo Casado during the motion of censure presented by Vox, the Andalusian PP account tweeted a photo with the slogan “Yes to Spain, No to Vox “on a blue background. The photo of the hashtag # SíaEspañaNoaVox. Just a couple of hours later the Andalusian PP deleted the tweet from its timeline.

Andalusian PP sources admit that the tweet in which he expressed so emphatically the rejection of Vox “has been erased”, but they downplay the issue and admit that sometimes national strategies can contradict the regional ones. The PP of the Community of Madrid has maintained, at least until noon, the identical tweet to the one that has been deleted from the timeline of the Andalusian PP, which does have several published with the label # SíaEspañaNoaVox, all of them retweets of accounts of popular leaders or of the national PP account, except for one, which appeals directly to Santiago Abascal

He hashtag It was launched today by the accounts of the Popular Party as part of the national communication strategy of the leader’s speech, highly oriented to mark the differences with Vox. After several days without publicly confirming his vote in the motion of censure presented by Vox, Casado has announced that it will be negative and has charged against Abascal and his strategy. “We are not like you,” he snapped from the platform of Congress.

However, the decision to mark distances and its staging comes after two years of political flirtations that have their most evident fruit in the governments of the Community of Madrid, Andalusia and Murcia, formed without the presence of Vox, but with its support. parliamentary. For this reason, the unchecking of Casado at the national level has a different reading in these communities.

“We were not expecting personal attacks”

Abascal has been hurt by what Casado has told him, to whom he has replied that he did not expect it. He has also assured that his support for the Madrid, Murcia and Andalusian governments is not in question “due to responsibility”. However, Vox in Andalusia has suspended preliminary negotiations to agree on the budget project of the Junta de Andalucía for 2021, as ABC has advanced and this newspaper has confirmed.

Sources from the Abascal party in Andalusia admit their disgust at Casado’s tone (a “personal attack”) and point out that no pact is endangered “for the moment.” “We were not expecting these personal attacks. We were greatly surprised and we will analyze it in the next few hours. When we analyze it carefully we will make a decision.” “That the Government of Murcia, Andalusia, Madrid is evidence; they will know how they play their cards: it can go bad, good or regular. We’ll see in the next few hours.” “It is obvious that the Andalusian budget is in the air because we have not yet positioned ourselves in favor of the Budgets,” they add.

“The change needs three points: Vox, Ciudadanos and the PP, and it is about consolidating the change,” Elías Bendodo, spokesman for the Andalusian Government, later said. “If it has been suspended [el diálogo para los Presupuestos] it will be resumed soon “.

In any case, Vox’s alternatives to support the Government of PP and Citizens do not seem feasible. “Vox has three alternatives to influence Andalusian politics: the first, to speak with the PSOE and raise a motion of censure against the Government of Juanma Moreno; the second, not to support the Budgets and, in this way, complicate governance and direct us to a stage of elections, and the third, which is that of a serious party, to support the Budgets “, had said in Alejandro Hernández, parliamentary spokesman for Vox in Andalusia, in an interview on Canal Sur. That was before Casado’s speech.