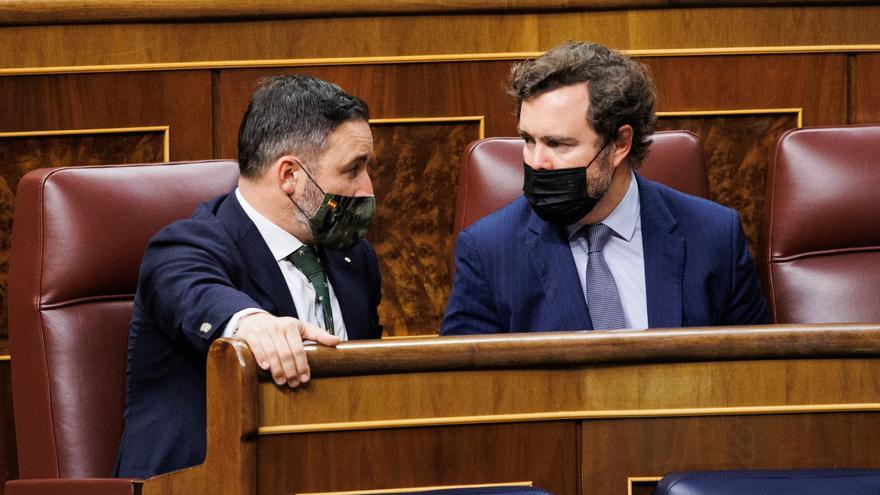 "Also for the workers, there is only Vox left", is the phrase that the leaders of the extreme right have been repeating like a mantra for several weeks. In its struggle for the hegemony of Spanish conservatism, the party chaired by Santiago Abascal tries to broaden its electorate by winking to the working classes, aware that until now, as they have reflected the results of the last appointments with the polls, the vote for Vox has always been higher among the upper or upper middle classes than among the workers.

The party obtains its best support figures in the neighborhoods and towns with the highest income. And although, shortly after birth, the party promoted the creation of a union, Solidaridad, which continues to have little presence in the committees of the country's companies, its economic proposals are, in fact, aimed at the privileged sectors of society , for whom Vox raises massive tax cuts. Ultra training is also openly committed to defending private health and education.

These positions distinguish the Spanish extreme right from their counterparts in other European countries such as the National Front of Marine Le Pen which, despite maintaining a xenophobic, homophobic or sexist discourse, such as that of Vox, has managed to establish itself in working-class areas with speeches favorable to nationalizations or public services. In the absence of policies that are consistent with the interests of these working classes, Vox tries to win the workers' vote with its public interventions. Abascal has come to assure that the left parties "have thrown their flags to the ground and now only offer them colorful, snobbish speeches, agendas contrary to their interests and repression."

In one of the last sessions of control of the Government, the general secretary of the party in the Congress of Deputies, Macarena Olona, ​​used a question to the second vice president of the Government and Minister of Labor, Yolanda Díaz, to try to endorse some of the recent protests by workers, such as those in the metal sector, in Cádiz. "The struggle of the metal workers is the legitimate claim of a province condemned to misery," Vox leader Santiago Abascal had tweeted days before.

"With you, Minister of Labor, the workers have even lost their right to protest," said Olona, ​​referring to the police actions in recent months against some of the mobilizations of Spaniards who have seen how the crisis caused by the pandemic has put their jobs at risk.

Olona referred to the majority unions, CCOO and UGT, as "government unions", which have been "bribed" from the Executive through public aid and which, according to the extreme right, "have completely abandoned the workers ". "Everything to protect you, as has happened in Cádiz or Castellón," the Vox deputy told Yolanda Díaz. "With this government, the right to strike is only recognized for toys, communist minister," he added, ironically about the campaign launched by the Consumer Ministry against sexism in the face of Christmas shopping.

"When the workers lose their fear, they will regain hope," concluded Olona, ​​insinuating that losing their fear means voting for their party, which in its Spain Agenda - a kind of political document presented this year - maintains that "the large subsidized unions abandon to the Spaniards "or that in order to fight unemployment it proposes" drastically reducing the burdens on companies and abusive regulation ", the" reduction of contributions "and public" spending ", or that links the drop in unemployment to the brake on immigration.

Vox has also tried to appropriate some historical references of the already deceased working classes, such as the poet Federico García Lorca or even the former leader of the United Left Julio Anguita. "Today, Federico García Lorca would vote for Vox," Olona herself said in a tweet last August, when the 85th anniversary of the execution of the renowned author by the coup party that rose up in 1936 against the democratic system of the Second Republic was commemorated and that later imposed the Franco dictatorship.

At the beginning of last December, Olona also participated in an act in Lepe (Huelva) in which she wanted to embrace a kind of transversality to achieve the sympathy of the working classes. "This is not going to the right or to the left," said the general secretary of Vox in Congress. His project, he said, is about "fighting spirit" to defend the "evicted." In his opinion, "Julio Anguita would feel deeply proud of Vox" and "would be deeply ashamed of those who claim to be on the left and defend the working class."

In that same speech, Olona spoke of the "shellfish unions, absolutely bought and bribed" and argued that Vox "is not a party, it is a movement of the people and for the people" despite their political proposals, clearly detrimental to the working classes, such as the general abolition of taxes that would reduce the income of public administrations and, therefore, would fully affect the provision of services and aid to which the neediest citizens are needed to go.

The Vox spokesperson in Congress, Iván Espinosa de los Monteros, has also joined the speech in search of the workers' vote. In the last press conference after the Board of Spokesmen that he offered before the end of the year, he spoke of the "decline" of the unions and the "little impact" they have "on political life." "A few years ago the unions were a reference for the help and consultation of the workers. Today the unions do not feel at all for these unions as they did 20 or 25 years ago. You can see it in their membership fees and that is why they need help. subsidies from governments of all colors and that is why they have a lot of prevention that Vox comes to power, "he said, before announcing that if the extreme right manages to govern, it will withdraw aid to the trade union centrals.

On December 1, in another government control session, Espinosa de los Monteros affirmed, along the same lines, that "the unions no longer represent the workers." To the Government, he said: "You do not have a single answer for Spanish workers." And he concluded: "Also for workers, there is only Vox left."