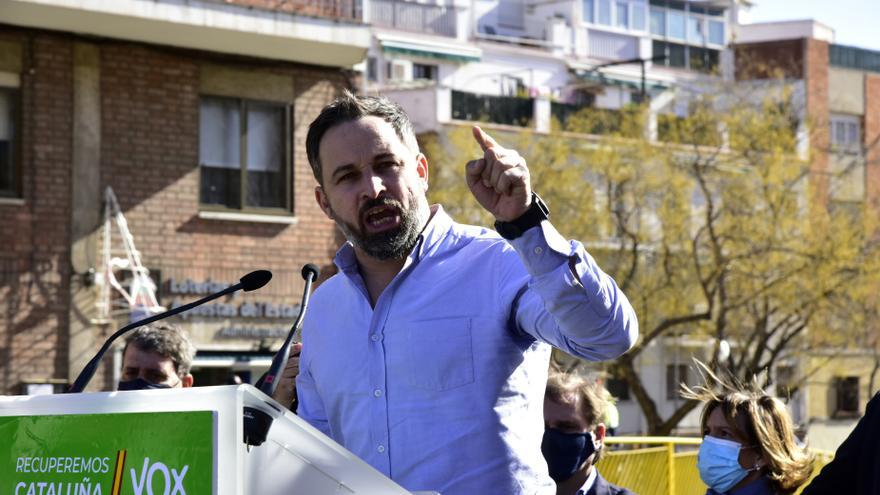 Vox filed on Monday the complaint against Twitter announced last week by its leader, Santiago Abascal, for the temporary closure of some of the functions of the party’s official account on this social network. The complaint is directed against the person in charge in Spain, Nathalie Picquot, considering that the decision to close the party’s account violates her “right to honor” and is also “a disproportionate measure that deviates from the constitutional interpretation of the limits of freedom of expression “just when the Catalan election campaign has just started. In the opinion of the far-right formation, the decision to block the account is based on “a false accusation of a hate crime” and the “commission of another offense and slander” with which they only intend to “defame them.”

Twitter decided last week to apply that partial closure of the Vox account considering that the far-right formation had breached some of the rules governing this social network, including the one that prohibits “hate speech.” Vox has started a campaign with the slogan “Stop Islamization” and had recently uploaded several comments against the groups of Maghrebi immigrants and Muslims whom it related to crime in the Canary Islands and Catalonia, just the day the electoral campaign of the autonomic elections of 14F. In one of these comments, Vox stated that these groups “account for approximately 0.2% and are responsible for 93% of complaints.” “The majority are from the Maghreb. It is Catalonia that is leaving unanimous indolence and complicity with imported crime. There is only Vox!”, They expressed in the tweet.

In its letter, the Abascal formation affirms that this decision to close their account has caused “serious damage to their image and against their ability to spread their program for the elections” of the party’s candidates in Catalonia, preventing them from being able to compete on an equal basis of conditions with those of the rest of the political formations. In addition, they consider that it violates the principle of equality “by not interpreting the publications of other political formations in the same way.” They insist that it is a “violation of the right to honor” since they reject that the campaign against Muslim groups is a “hate crime”.

As Vox explains, the complaint filed before the Madrid Investigative Court is directed against Twitter Spain, SL and “all those people who during the mandatory investigation of the case could be responsible for the facts that are the subject of the case and ask that until the case “the immediate return of the account as a precautionary measure” is resolved.

It is not the first time that Twitter has temporarily frozen the account of the far-right formation. In January of last year it was also suspended for a tweet that went up offensive against the LGTBI collective. A spokesperson for the social network pointed out that the comments “violate Twitter’s policy on hate speech.” “To unblock the account, the user only has to delete the offending tweet,” Twitter demanded, but Vox refused to remove it, accusing the social network of “censorship.”

The formation became entangled with the PSOE spokesperson, Adriana Lastra, for recriminating their hatred of this group. “What we cannot bear is that you come into our house or that you tell us how we have to educate our children. And even less that with public money you promote pedophilia”, replied those of Abascal to the socialists