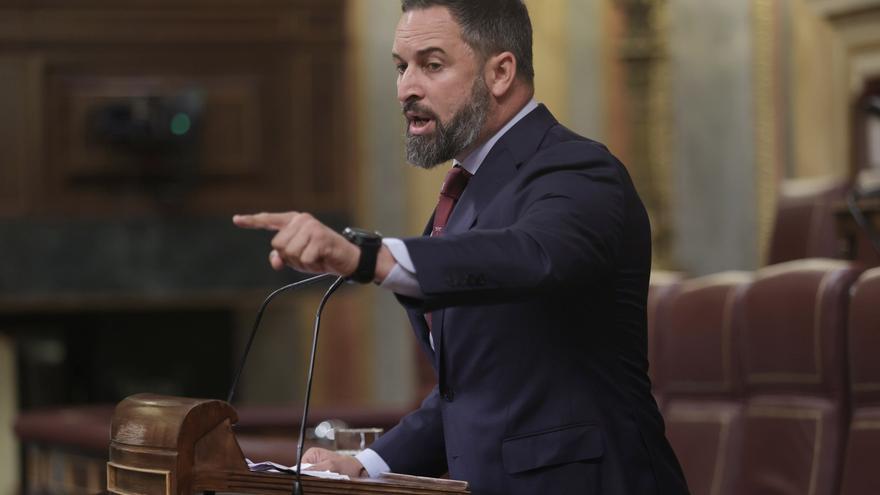 Vox has taken out his chest this Wednesday because the Constitutional Court has declared the home confinement decreed by the Government in March 2020 illegal, following an appeal filed by the far-right formation. In their writing, Vox saw in that instrument “the tip of the iceberg” of a “totalitarian and dictatorial” drift of the Government of Pedro Sánchez and Pablo Iglesias and alleged that the Executive’s decision violated “the rights of movement, assembly and freedom of the citizens “.

And it is that Abascal does not tell the truth because Vox voted in Congress in favor of that decree of March 14 on the establishment of the state of alarm, which was approved in the lower house on March 25, 2020. A state of emergency that Abascal himself had previously asked to apply before the lack of control of the pandemic.

It was March 12, 2020 and Abascal asked the president to “decree the state of alarm” in Spain in the face of the new coronavirus outbreak and stop “giving advice to the Autonomous Communities.” In addition, Abascal condemned Sánchez’s strategy of recommending to the regions the closure of schools and accused him of “not acting.” “The president still does not understand anything, it is not a matter of giving advice to the autonomous communities but of taking measures. Assume responsibilities throughout the Nation!”, He demanded on his Twitter account.

Even before that date, on March 10, he already dedicated himself to attacking the Government for not taking action, recalling that Vox had been denouncing him since the beginning of the year and the numerous initiatives that they had presented in Congress. “The crisis we are facing is a problem that we have been denouncing in Vox since January 31.” “We have asked 38 parliamentary questions and we have presented 3 non-law proposals in the Congress of Deputies,” he pointed out, again, on Twitter, while in a video he accused the Prime Minister of “lying” about the seriousness of the pandemic.

On March 14, Abascal returned to the charge and abounded: “If Sánchez needs the votes of Vox to decree the state of alarm, unify management of the crisis and put all the services of the State to combat the pandemic and its economic and social effects, you can count on it and escape the miserable communist and separatist blackmail. ”

In a thread he accused Sánchez of “not having taken the containment measures at our borders as we required it to be 3 weeks ago. “The Government also did not restrict when it was due the entry of travelers from China, South Korea and Italy.”

The day the Government decided to approve the decree with the first extension, Abascal congratulated himself: “It is better late than nuncia,” he said. “I am pleased that Pedro Sánchez has apparently excluded separatists and communists from the management of this emergency. They have shown that they were trying to use this tragedy for their criminal political objectives published in another of his ‘threads'”, among many other comments.

From that moment on, Abascal did not support any other decree to extend the states of alarm and began to criticize the Government harshly for considering that house confinement was a kind of “kidnapping” or “arrest” and that with the restrictions Sánchez was “condemning to ruin” the Spaniards. In early November 2020 he even called for “jail” against politicians who defended that measure.