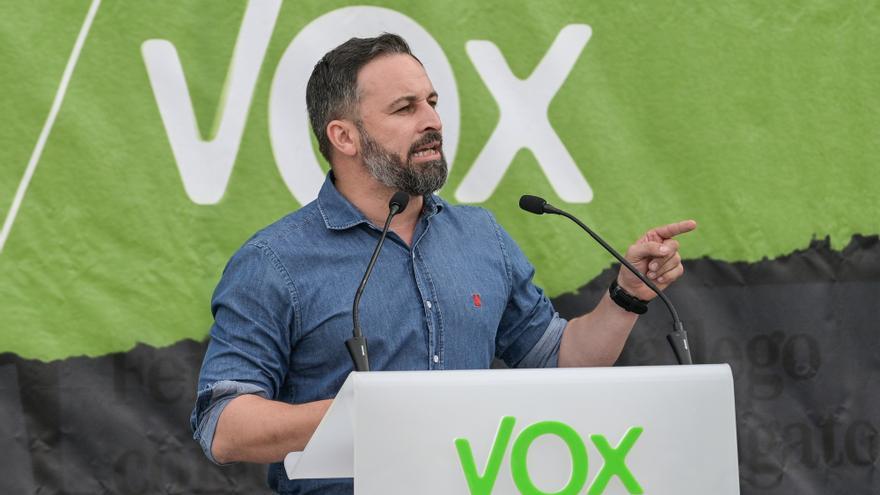 Vox, the far-right formation led by Santiago Absacal, has managed to break most of the polls that no deputy in the Basque Country gave them and has noted its first success in Álava, where it has snatched a deputy from the PP coalition -Cs, thanks to the fact that participation has dropped and that the seat for this province has become cheaper.

Those of Pablo Casado have failed in their attempt to drag the vote of the “constitutionalist” right, and have not attracted the anti-nationalist voters that the three right-wing forces were fighting for. The Casado coalition opted for Carlos Iturgaiz, a tough guy from the party, marginalizing Alfonso Alonso, whose fiefdom has always been Álava. The Arrimadas party, however, despite the coalition’s bump, has made the deal profitable, for the first time also achieving representation in Vitoria.

The elections to the Basque Parliament were the first litmus test for one of the PP leader’s great obsessions: the merger of PP and Citizens in the framework of the “reunification” of the center-right that the popular president has set himself as the objective for the present legislature at the national level. It was the first step, which has been unsuccessful, of a more ambitious plan that aims to also join Vox and achieve the reunification of the right, which broke in three with the fall of the Government of Mariano Rajoy after the censorship motion of 2018.

In February, this first experiment resulted in the creation of the PP + Cs coalition, the name of the joint list in which the two parties compete in the Basque elections. Casado himself and the leader of Ciudadanos, Inés Arrimadas, staged that agreement last Sunday at a joint campaign rally in Gernika (Bizkaia).

The failure of the sum of PP and Citizens in Euskadi

As a candidate, both formations finally chose to the popular Carlos Iturgaiz, which is precisely a representative of Aznarism, ultra conservative sector of the PP whom Casado reinstated in the match –Placing its main representatives in strategic positions– after five years of differences between Aznar and his successor and former popular leader Mariano Rajoy. Married imposed the name of Iturgaiz after dismiss the candidate Expected, the former leader of the Basque PP Alfonso Alonso, with a more moderate profile.

The coalition that the two parties also intend to transfer to the Catalan elections, –which advance was announced by the President of the Generalitat, Quim Torra, although he has not yet set a specific date–, started, in any case, with the majority of the polls in against, which have been confirmed at the polls.

With the entry of Amaya Martínez in the Parliament of Vitoria, Vox breaks, for his part, the bad results that he obtained in the general elections of November 10 in the Basque Country in which he did not reach 4% support. Abascal has turned to his land in this difficult campaign convinced that this time they had the possibility of obtaining representation.

The formation of the extreme right has exploited to the maximum the attacks that some of its leaders and candidates have suffered in the electoral acts and it has loaded with hardness against the “independentistas” and “the heirs of ETA”. In addition, Abascal himself has not stopped denouncing on his Twitter profile “the will to sabotage Vox and end democracy, with the complicity of other political parties and the media.” “We will act against all electoral criminals,” they warned at the end of the campaign.

This very night, the spokesman for the extreme right wing formation, Jorge Buxadé, regretted that these elections have not been “free”, nor “transparent” nor “peaceful”. Vox has vetoed elDiario.es, as well as other media, and has refused to accredit our editors to cover the election night and the first reactions of the national leadership at their headquarters in Madrid.

Without representation in Galicia

The other side of the coin of this double electoral appointment has been Galicia, where neither of these two parties, Vox and Ciudadanos, has won seats in the regional Parliament. Those of Arrimadas aspired to at least one seat for Pontevedra, Beatriz Pino. But it could not be. Ciudadanos and Vox will continue to be extra-parliamentary parties there. Santiago Abascal’s party has obtained more than 25,000 votes, 2% of the total, which places it as the fifth force below Galicia in Common. Vox has obtained more than half of the votes of the coalition led by Antón Gómez -Kingdom without presenting a candidate for the presidency of the Xunta.

For its part, Ciudadanos has reaped a worse result and becomes the sixth force in Galicia with just over 9,000 votes. Her candidate for the Xunta, Beatriz Pino, has stated that she will continue working so that her project, “a moderate and central voice”, reaches the Galician Parliament.