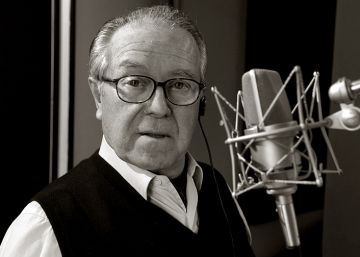 The dubbing actor Arsenio Corsellas has died this Sunday in Madrid at age 86, as confirmed by the dubbing artists' union of Madrid (ADOMA). "With much sadness we inform you of the death of the great Arsenio Corsellas. We convey our warmest hug to your family, colleagues and friends," the association announced on its Twitter account.

Corsellas became during his career in the voice of great actors such as Sean Connery, Nick Nolte, Robert Shaw, Burt Lancaster, Richard Burton, Charlton Heston, Cary Grant, Michael Caine, Jack nicholson, Donald Sutherland or Rock hudson. It was the voice of Humphrey Bogart in White House, that of Omar Sharif in Doctor Zhivago and Marcello Mastroianni in Fellini 8 1/2.

The Catalan actor worked on more than a thousand films throughout a 60-year career. This year four films have been released in which he has participated. In one of them, Mule, Corsellas puts voice to the American actor Clint Eastwood whose usual bender Constantino Romero passed away in 2013.

Corsellas was born in Figueres (Girona) in 1933. He began working at Radio Juventud de Barcelona in the fifties and later went on to RNE. In the public broadcaster he had his first first contact with the interpretation in the program Invisible Theater. Soon he would begin his career in the world of dubbing in which in addition to acting he has been a director.

The actor was also one of the first in bending to Catalan when TV3 began its broadcasts, and that was when its dubbing of actor Larry Hagman became popular in the role of JR in the television series Dallas. Corsellas also acted in a couple of films: Self love by Mario Camus in 1994 and The best thing that can happen to a croissant by Paco Mir in 2003.

‘Miller’ sold out for its official premiere – La Provincia