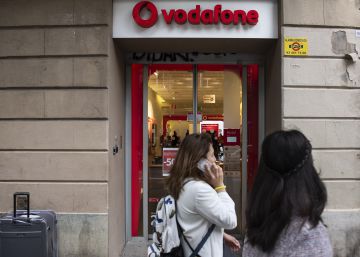 Vodafone Spain recorded a net loss of 601.3 million euros in its last fiscal year (April 1, 2018 – March 31, 2019), tripling those suffered in its previous year that amounted to 180.2 million euros. These poor results are explained by the 9% drop in revenues up to 3,635 million euros, as recorded in the consolidated accounts of the subsidiary of the British operator.

The company blames these setbacks to his decision not to acquire the Partidazo nor the Champions League, for lack of profitability and at Cost of the promotional battle unleashed since the summer of 2018 precisely to prevent the escape of customers after the resignation of football.

These accounts do not yet include the financial impact of the employment regulation file (ERE) for 1,000 employees, the fifth part of the workforce, agreed with the unions at the end of February and executed in March. The operating result was 533.3 million negative and investments decreased from 715 to 513 million euros.

Vodafone contributed 6,250 million euros to the Spanish economy, 13.1% more than in the previous fiscal year, according to the integrated 2018-19 report. The direct economic contribution has been 5,042 million euros, 4,276 million to companies and suppliers, 482 million to people and employees, and 284 million to public administrations and taxes. Meanwhile, the indirect contribution reached 1,208 million euros.

Regarding the contribution to the country's social progress, Vodafone generated 35,224 direct and indirect jobs (full-time equivalent jobs) during the 2018-19 fiscal year, which represents an increase of 5% over the previous fiscal year.

For each direct job, Vodafone Spain generated an average of six additional jobs in the country. Before the application of the ERE, the Vodafone Spain workforce consisted of 5,153 employees, of which 56.2% were men and 43.8% women, who occupy 37% of the management positions.

Regarding the protection of the environment, the company has defined a road map until March 2025 to achieve its objectives that 100% of the electricity consumed be of renewable origin and reduce its CO2 emissions by 50%. In the last year, it has directly and indirectly avoided the emission of 681,023 tons of CO2, 83% more than the previous year.

Highlights in this section the growth of the Internet of Things (IoT), which has established itself as one of the main bets of the company and reached the figure of more than 2 million SIM cards, with an increase of more than 23% For businesses. The 18,500 new connections for fleet management and the more than 138,000 new electric meters with IoT have contributed the most to this increase in the tons of CO2 avoided.