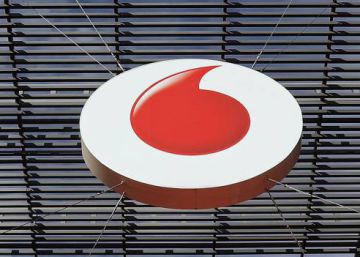 The aforementioned impact of the Covid has slowed the recovery of the teleco. Vodafone Spain had registered a 2.7% drop in its service revenues in the quarter between January and March.

Thus, the so-called other income, which includes the sale of equipment, has decreased in this quarter by 21%, to 74 million euros, as a consequence of factors such as the closure of a large number of stores.

In its report for investors, the Vodafone group highlights that its service revenues in Spain reflected a negative impact of 2.1 sequential percentage points as a result of the collapse of roaming revenues derived from the sharp drop in tourists and visitors to Spain. , to the reduction of income from the HORECA sector, the suspension of services to companies affected by the stoppage of activity due to confinements and the improvement of offers to users such as unlimited data to customers in the field of SMEs.

Vodafone indicates that there is an improvement in the mobile contract churn to 10.6%, compared to 19.7% in the previous quarter, reflecting the limitations on number portability imposed by the Government during the State of alarm.

The teleco has highlighted that, despite the impact of the pandemic, it has maintained intense commercial activity. “We are competing effectively in all market segments and growing in mobile contract, new generation broadband and television customer base for the fourth consecutive quarter, supported by our second brand Lowi, which already has more than one million customers. Vodafone said.

Teleco has specified that its mobile contract client base grew by 83,000 clients, to 11.4 million; fixed broadband customers increased by 30,000 to 3.2 million; and the television customer base grew by 57,000, supported by the proposal that includes the largest catalog of cinema and series in the Spanish market, up to 1.5 million.

“During the first quarter of the year and 15 months after the pioneering launch of the first family of rates with unlimited data in the Spanish market, the company consolidates 2.7 million lines that include unlimited data,” Vodafone Spain said in a statement. later.

In general terms, the Vodafone group registered a drop in revenue of 2.8% between April and June, with a drop in revenue from services of 1.3%. In the case of Europe, the fall was 2.6%, with decreases, in line with Spain, in countries such as Italy, Ireland or Greece.

The company has reported progress in the development of its mobile phone tower subsidiary, which has been dubbed Vantage Towers. Vodafone has insisted on its plans for the listing of this division in early 2021. The operation will take place on the Frankfurt Stock Exchange. Germany is the first market in revenue contribution of the Vodafone group.