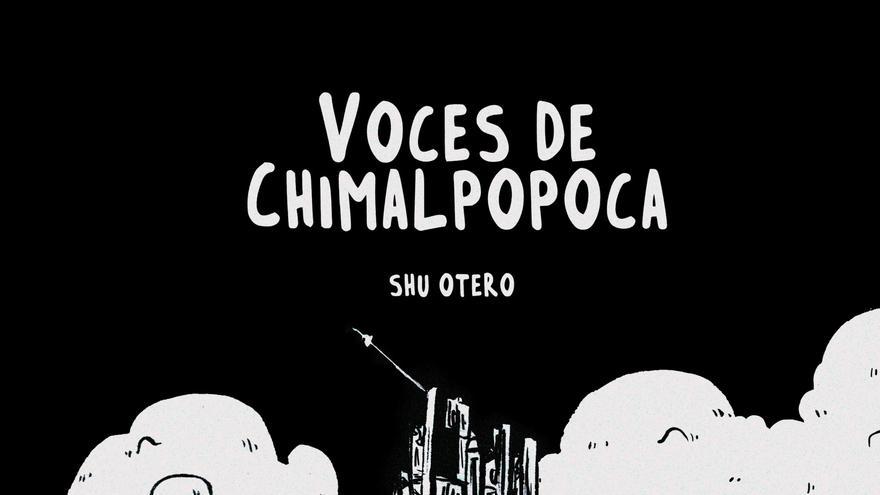 Madrid, May 1 (EFE) .- Under two ideas, that “the question is not whether the earth trembles, but how you are inhabiting it” and that “phenomena are natural and human disasters”, Shu Otero delves In “Voces de Chimalpopoca” the reasons and consequences of the 7.1 magnitude earthquake that struck Mexico City in 2017.

At 26 years old, this Navarrese of Mexican origins, as revealed by her soft accent in an interview with Efe, has turned her personal experience in the days when the earth shook in Mexico City into a chronicle in vignettes, full of reflections, with the aim of analyzing why this earthquake, which took place exactly on the 32nd anniversary of the catastrophic earthquake in 1985, brutally breaks the routine of citizens and raises sores from the past.

Because that is what he was able to see first-hand in the Colonia Obrera, especially in the building that collapsed in the streets of Bolívar, on the corner of Chimalpopoca. A place where there was a textile factory and where many of its workers were in a situation of illegality.

Narrated in the first person, Otero says that the earthquake was on Tuesday and then everything was “crazy, days of great turmoil”, just what he hopes this comic published by Astiberri will transmit.

“And that Sunday -he relates- most of the rescue centers were being closed and I agreed that talking with my friends about the experiences we had lived and heard the idea came to me, and I said to myself that there were a lot of stories with enormous depth. I thought then that a way to continue participating in everything that had happened would be to narrate the stories that I had lived and since that Sunday that I began to work on this story. ”

This is how in “Voces de Chimalpopoca” he puts a face to the pain of Jaime, one of those who experienced this collapse firsthand, or Fernando, one of the activists who continue to fight for those relatives who lost their loved ones in this collapse.

As Otero (Sunbilla, Navarra, 1995) clearly reflects in this comic, the inhabitants of this neighborhood in which she focuses, being where she lived, it was not the first time that they lived something like this because 32 years ago, the same day, they also suffered another earthquake that destroyed the same building and left the mud submerged in a cloud of ash that has been perpetuated in their mind.

“That collapse was a place where the stories of 85 and 17 intersected more clearly, there are many deep differences, but I feel that many interesting demands were crossed. On the one hand, because the collapses in that colony in 1985 provoked reactions and an uprising of women workers who were working in terrible situations, “he explains.

And that, she adds, has been a “turning point” for “the most vindictive memory”, social groups and for the feminist movement: “I find it striking that it is the result of a catastrophic experience.”

A fact that led her, and her friends, to wonder why what was happening was “so similar” to what was experienced in 1985, that is, people had the same fear that the government and authorities would ” give up “.

Hence, the main conclusion to which these pages lead us, built over more than three years, is that it is necessary to analyze how we inhabit the earth because the fact that it trembles should not be synonymous with death, as This is the case in Mexico, and not in Japan, where the structures are prepared for these catastrophes.

“The question is not whether the earth trembles, but how we are inhabiting that territory”, clarifies the author while launching another of the ideas that has been recorded in the texts and drawings of the comic: “phenomena are natural and disasters are humans”.

“That idea – he emphasizes – was repeated a lot in Mexico City, the disaster is not placed in the earthquake, it is in what happens after that event because death is not the same depending on where and how we place life.”

Although at first the decision to tell this story with proper names arose from “a very visceral need” to “process” everything that had been lived, Otero realized that it has also become a work, something that he did “deliberate” way, which tries to show the “vital tools” that are generated around an experience like this in which the everyday is “interrupted”.

Otero, who now lives in Vitoria, can’t wait to return to Mexico, that city to which his mother has not returned for 30 years.