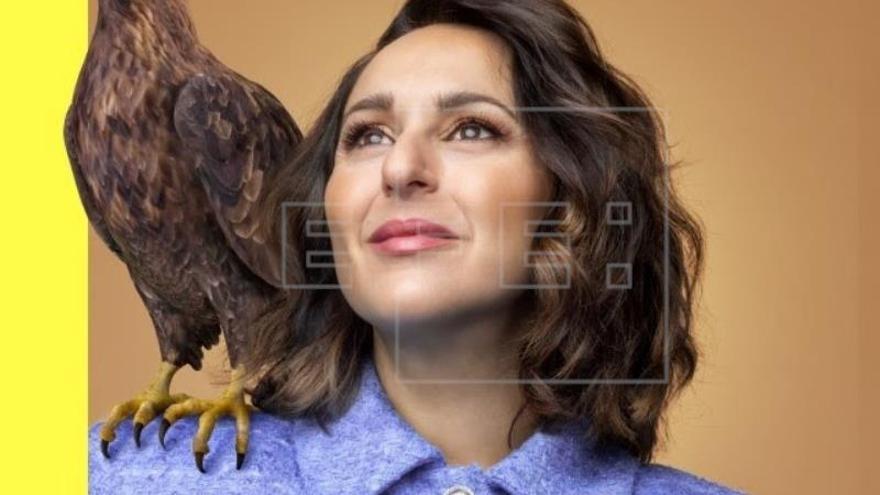 Madrid, Jun 28 (EFE) .- From the pen and the imagination of Juan Luis Iborra and the retranca, the sharpness and grace of Pepa Rus can only come out a comedy, Viva la Pepa !, which starts from a sour reality : portraying a society greedy for creating heroes with feet of clay and politicians who do not deliver or forget what they promise.

Juan Luis Iborra (Alfaz del Pi-Alicante, 1959) confesses that he likes to write about characters on the edge and, on this occasion, starts from a premise: a fragile woman, alone and with nothing in life, except two babies to whom it can no longer feed the one that chance places in a leading position in which it captures the attention of the media and politicians.

"I play with the absurd", explained Iborra in a talk with Efe, to tell the story of this woman, which opens at the Teatro Bellas Artes on June 30, where it will remain until August 8.

Melilla is the city where Pepa lives, whom the media and politicians turn into a "heroine" when saving an endangered eagle, in a setting in which there is a fence that represents many things: that of people jump and the metaphor of their confinement, of a life that seems to have no way out.

At that time, the media and politicians "promise her everything and she believes them", but only "uses her. Only her friends allow her to see reality" and give her enough courage to dedicate herself to something she had never thought about: politics.

Media exposure and following those who are exposed "has become a drug for people and does a lot of damage", a world in which Iborra says that young people have entered "who are rewarded for doing basic things."

He assures that "society is turning cold, we relate less than before and with less empathy and that makes the world worse."

Pepa Rus (Chiclana de la Frontera, 1985) warns that "we live in a time in which everything is mediated, everything goes viral and any random circumstance allows you to become someone well known", it seems that "your life is going to change" , but not.

She knows what she's talking about. Almost overnight, she became a very popular actress by being part of the series "Aida", in which she played "Inma", she acknowledges that "it was shocking, but nothing to do with what happens now", comments.

Although not long ago, "no one recorded you without permission, people approached with respect to take a picture, nothing more."

Iborra adds that the time will come for "good sense and sanity" and amusingly compares the current situation as living in an "after", a continuous party. We need to incorporate the slow part. "The pandemic -incide- should have helped us to reconsider.

Both, author and actress, coincide in pointing out that society lives in constant throwaway consumption that does not seem to have consequences. "Everything is easily forgotten, the promises of politicians, the stories on television. Heroes are built in a matter of seconds," says Iborra.

There are people who through the screens seek "to feel loved, but nobody is prepared to experience such a large public exhibition in a sudden way," he points out.

Rus believes that the message of the show is that "everyone has to decide for themselves" without letting others lead the way, with a clear premise: "your friends, really, are the same as always."

A piece with criticism, but in the key of comedy, "a necessary good" in these times, says the actress, to which Iborra adds, "you can be very critical, but from a positive point of view, if not, you don't connect with the people".

That is why it includes a political critique. "The politicians are also viralized. They do not offer long-term messages" and points out that they do not remember what they say or do not comply with it. "They live now, they say one thing and in a few weeks we will see."

Long live Pepa! It is a 75-minute monologue that Rus "flies by", because she has fun doing it, although she confesses that there is an "atrocious" fear on the stage where the responsibility falls only on her. "When there are more characters you rely on a partner, but here that doesn't happen."

And he leaves as a reflection a phrase from the work: "Against all odds a good person comes to politics."