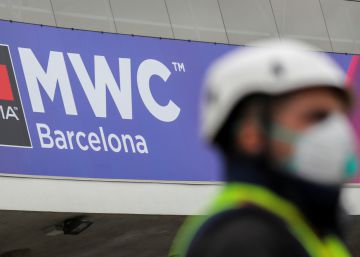 What is globalization? When they want to talk about it, televisions often take pictures of a ship loaded with containers. This week, the images are about a virus in a chinese city that has forced cancel the World Mobile Congress in Barcelona, almost 10,000 kilometers.

In 1738, the mathematician Daniel Bernoulli published the St. Petersburg paradox, in which he already warned of the difference between the expected value of an uncertain game and the subjective value estimated by human beings. That helped explain why we are willing to pay an insurance premium greater than the expected value of the loss or a price for a lottery ticket greater than the expected profit value. In 1979, Daniel Kahneman and Amos Tversky developed the Prospective Theory, for which the former received the Nobel Prize in Economics (Tversky would also have received it if he had not died before). Humans have developed the rational part of the brain more than any other animal. But human decisions are emotional and are taken by the hypothalamus, a part of our brain that we have inherited from reptiles, according to the theory of evolution.

The probability of a Chinese citizen getting the virus is close to 0% and the probability of dying if you get it is also low. But panic has spread even outside of China. And the lack of transparency of his Government is intensifying the effects. Data arriving from China anticipate an important slowdown in global economic activity. The factories have been closed for at least two weeks and that will mean an intense fall in industrial production, especially in Asia, which it will also affect world tradel.

To this we must add the impact on private consumption in China, transport, tourism and many sectors that will be affected. OPEC has already reviewed the lowers its forecast for global oil demand growth by 2020 and the price of crude oil has dropped more than ten dollars per barrel, up to 2003 levels.

Preventive measures should reduce the intensity of infection, but the situation will take months to normalize. And nobody knows how long the fear will last, which is what is affecting the economy. The problem is that world trade was already falling in the last quarter of last year and this crisis will cause a sharp contraction in the first quarter of 2020. Europe is being greatly affected, especially Germany, which already registered a 7% collapse of its industrial production in December, before the effects of the virus will begin. And in the US the question is whether private consumption will resist the impact.

In Spain January’s Social Security affiliations recorded the worst data since 2013 and the next months will also be lazy. And the Government has presented its macroeconomic scenario to prepare budgets without taking into account the effects of the virus.