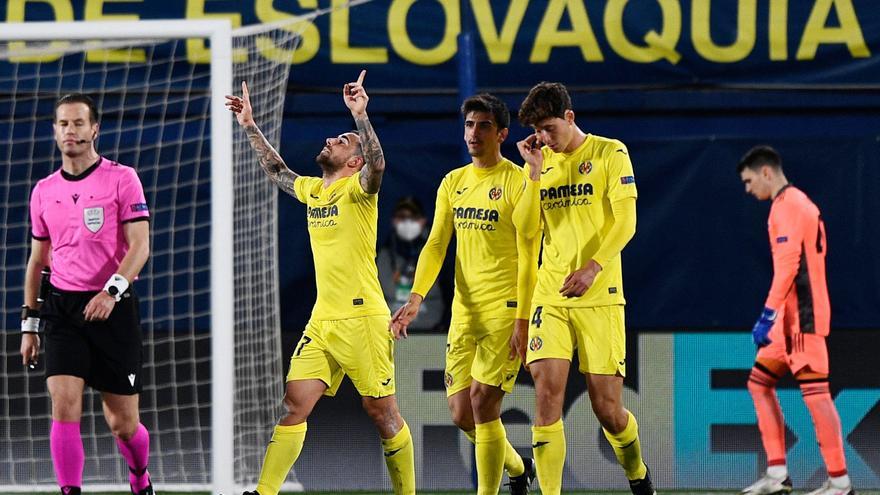 The Villarreal qualified for the semifinals of the Europa League, in which he will cross the Arsenal Londoner, after defeating the Dinamo Zagreb, whom he had won in the first leg by 0-1 and against whom won at La Cerámica 2-1 in a clash in which he was superior based on a great ability to handle the game.

At the break it was 2-0 in favor of the local team with so many of Paco Alcacer, in an action reviewed by the VAR, and Gerard Moreno that rose to the scoreboard in the final moments of the first half.

In the second half, Villarreal knew how to control the match, was able to expand its advantage and although it suffered some sporadic attack from the rival, it was able to neutralize its timid arrivals without suffering, although in one of them it was 2-1 marked by Orsic, which that spurred the Croatian team to try to enter the tie.

Villarreal took the initiative in the initial section of the match against an opponent who wanted to stay alive in the match as long as possible to give a blow and level the tie after the 0-1 in favor of the Spanish team in the first leg.

The local superiority decreased after the quarter of an hour of play, but without the forces being truly balanced and proof of this was the opportunity of Chukwueze, who sent a good shot to the post in the 25th minute of play.

Without the dynamics of the clash changing substantially, a good local action, with a deep pass from Gerard Moreno to Chukwueze, who He yielded to Alcácer on goal, the 1-0 rose to the scoreboard in an action reviewed by the VAR on the possibility that Chukwueze was offside.

The goal was a hard blow for Dinamo who saw, five minutes later, how a good penetration by Raúl Albiol ended in 2-0 thanks to a bit from Gerard Moreno, which gave Unai Emery's team an advantage that its rival was hardly going to be able to neutralize.

With this scoreboard, which gave the people of Castellón a lot of peace in the face of qualifying, the match was reached in Ecuador. The forces had been in favor of Villarreal, although the scoreboard punished the visiting team excessively.

The distance on the scoreboard led to a different second half with a Villarreal focused on controlling the ball and trying, unhurriedly, to find a new scoring opportunity, while Dinamo needed to get closer to the local goal to get into the game, although they did not succeed.

In this context, a somewhat more open match was seen, with a great demand for the visiting team against a Villarreal who was comfortable and who barely gave the rival a chance to get into the match with a goal that, despite the fact that It would still leave him far from the goal of scoring three goals, it would allow him to dream of achieving it.

Without Villarreal being especially offensive, it gave the impression that 3-0 was closer than 2-1, but a good action by Orsic reduced the differences in the scoreboard and although he sought a tie, the locals knew how to maintain the advantage, but with suffering.

Incidents: Second leg of the Europa League quarterfinals, played at La Cerámica without an audience.