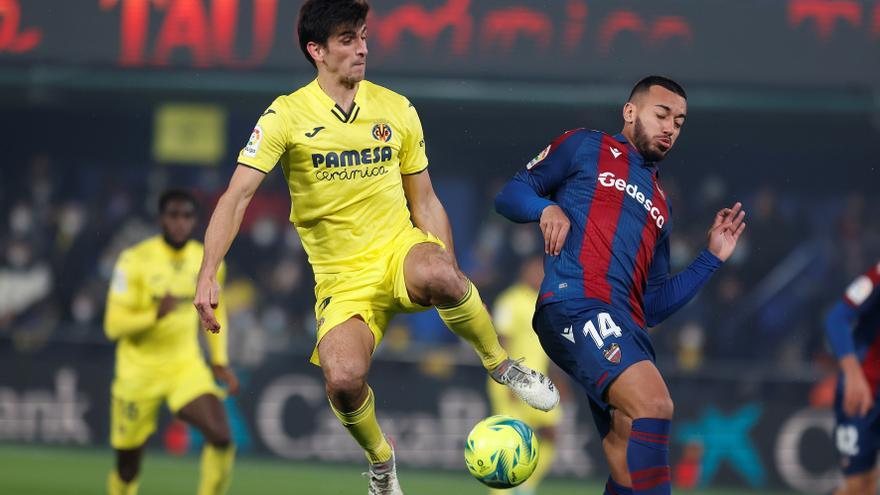 The Villarreal comfortably thrashed a fragile Levante in a meeting resolved in a first part In which he gave no option to a rival who could not when he wanted and who suffered a lot from the condition of bottom without knowing the victory in the entire championship and who sinks more and more each day.

The goals of Dia, Pau Torres and Gerard Moreno made the difference between the two teams clear before the break as a result of the game developed by the local team and in the second half Trigueros and again Gerard They rounded the score despite good saves from visiting goalkeeper Aitor Fernández.

The local consistency contrasted with the weakness of a team that has not been able to raise its head and that he offered one of his worst images of the season in La Cerámica against a rival who did not grant him anything.

The trend of the encounter was marked very early with the two goals scored by the locals in the first quarter of an hour of play, which came in actions in which the offensive football of Unai Emery's team was met with defensive fragility of the visitors.

Dia comfortably headed the 1-0 at eight minutes and five later, at the exit of a corner, Pau Torres achieved 2-0 at the far post that gave peace to Villarreal and greatly reduced the chances of adding for Levante.

To the difference in the scoreboard he joined the comfort with which the local team evolved on the pitch in front of a I raised unable to reply and that he limited his only two goal options to penetrations by Jorge de Frutos' band, although without reward.

Local superiority was indisputable and the inability of Alessio Lisci's men to find solutions to their opponent's avalanche did not presage an improvement.

This was joined by the Gerard Moreno's individual action that made it 3-0 on the scoreboard and that he seemed to consider the match closed more even than for the result, for the sensations offered by both teams.

After the break, Levante came out with the idea of ​​not granting the facilities of the first period as the only way to get into the match as long as a certain improvement was accompanied by an early goal. However, it was closer to 4-0 in a header from Trigueros to which Aitor responded with a great save (m.54).

Until that moment, Villarreal was dedicated to temporizing, suffering and trying to control his opponent so that as few things as possible would happen on the pitch and the few that passed, although without the intensity of the first period, were in the Levantine area.

The stops of Aitor were the most outstanding actions of the second period in which the home team tried to expand their advantage, but aware that the work was already completed

A loss on the ball out, allowed Manu Trigueros to make a distant shot 4-0 and confirm a victory that, due to the difference shown until then by both teams, had been ratified regardless of the score, although it was missing the 5-0 achieved by Gerard to a pass from Yeremi Pino.

Incidents: match corresponding to the nineteenth day of the League, played at La Cerámica before 13,462 spectators.