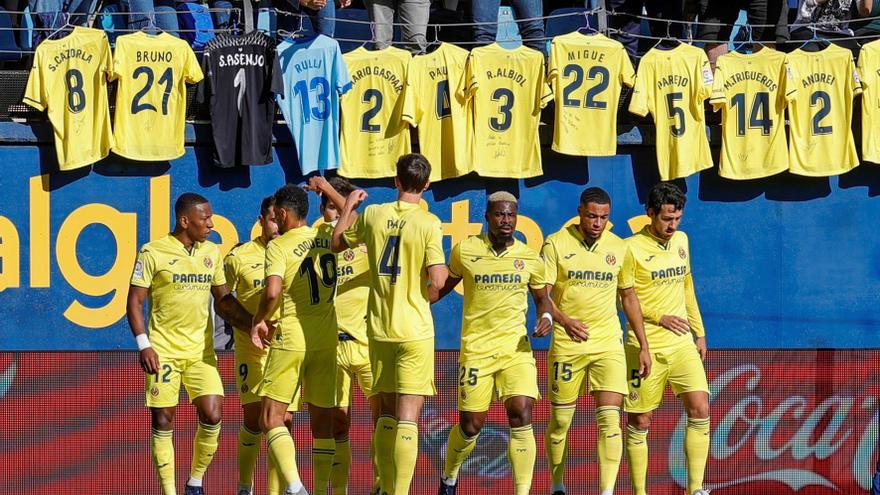 The Villarreal was found again with the triumph by prevailing by 1-0, with a goal from Manu Trigueros, at Getafe, which allowed him to add three points in one go after four days without winning, while the Madrid team sinks again as bottom of the category.

Unai emery He reinforced his core line with the inclusion of Manu Trigueros and Villarreal became the owner and lord of the ball throughout the game. Barely ten minutes had elapsed when the locals went ahead on the scoreboard after a diagonal pass from Estupiñán from the left wing that Alcácer did not finish but Trigueros, entering from the second row, scored at pleasure against the passivity of the centrals rivals.

The game was facing for the first time in a long time for Villarreal, who, however, lost their best player this season, the Dutchman Arnaut Danjuma, who did not recover from a blow received shortly before the goal after a Djene’s entrance.

After the goal, Getafe raised its pressure line and its aggressiveness, which allowed him to recover a ball near Rulli, but was inoperative in the final meters, unable to put the local team in trouble. In minute 20, Alcácer was able to make the second in a new action without forcefulness of the Madrid defense, but David Soria avoided the goal of the Valencian striker.

Villarreal managed the game at will, although he lacked to specify his absolute dominance in more goal options, since until the final moments of the first half he did not put Getafe’s goal in trouble again in an action that ended in a goal from Alcácer, but the VAR indicated that there was an out of play of the attacker and the party arrived at the rest with the minimum local advantage.

In the resumption, with a Villarreal that was forced to replace Yeremy, those of Quique Sánchez Flores They came out with greater momentum, although again it was Alcácer who could score, but Mitrovic, in a great defensive action, went ahead of the Spanish international’s shot and avoided Villarreal’s second. The ‘yellow submarine’ took command of the party again, although Mata’s entry gave the Madrid team a greater bite and the veteran forward had the first big chance of his team twenty minutes from the end, but found a magnificent response from the Argentine goalkeeper Rulli.

Despite the shock, Villarreal continued to dominate the clash with an exalted Capoue in the cut that allowed his team to go out on the attack with ease in search of a second goal that Dia could sign, but the Cameroonian shot was repelled by the post.

The narrowness of the scoreboard kept the excitement in the final stretch of the match, although the truth is that Getafe was unable to generate danger, not even the entry of Vitolo, on his return to the pitch, gave some clarity of ideas to the Getafense team that saw impotent as the game eluded .

Referee: Jesús Gil Manzano (C. Extremeño). He admonished Albiol for Villarreal and Arambarri and Mata for Getafe when he was on the bench.

Incidents: Match corresponding to matchday 13 of LaLiga Santander played at the La Cerámica Stadium before 13,504 spectators.