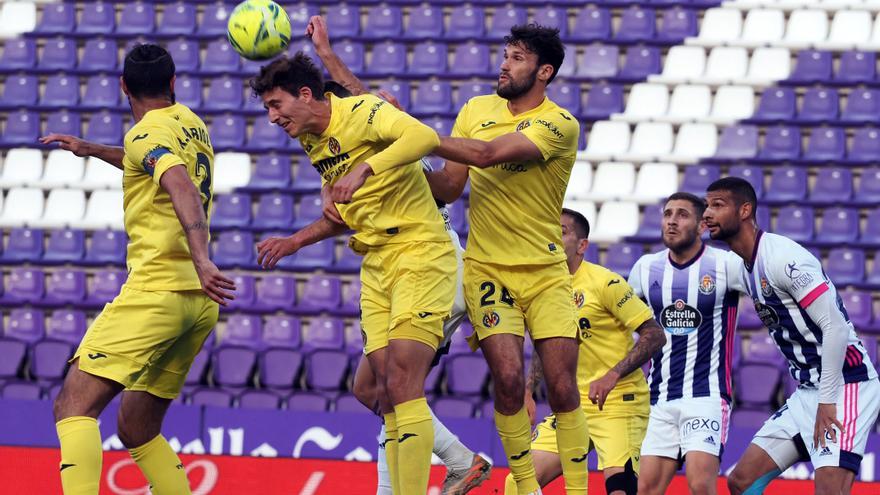 A quality goal from Gerard Moreno changed the game and gave the victory to Villarreal, that he would add the same to his locker in the final bars, through Capoué, to certify a 0-2 that sinks the Real Valladolid, which is practically sentenced in the fight for permanence.

The Valencian team made it clear that they were not going to speculate, that they wanted victory. He sought control of the ball from the start, against a Real Valladolid with many changes in its ranks and who saw how, already in minute 6, the rival achieved the first chance to score, after a great play from the center of the field. Gerard Moreno saw Pedraza uncheck on the left and he, after breaking away from the local defense, offered a perfect pass to Moi Gómez, whose shot was deflected, ultimately and providentially, by Bruno González. It was the first warning from the yellow submarine.

Even if the nerves and responsibility were noticeable in the Blanquivioletas players, the team reacted hand in hand with Roque Mesa, who went ahead of Capoué to shoot at goal, although his launch did not have the necessary precision. Intensity and demand were the protagonists of the confrontation. But it was Villarreal who ruled, who showed the initiative in attack and sought depth. Real Valladolid resisted the visiting challenge and waited for some failure from the Valencians to try to surprise the counter, at the hands of Toni Villa, recovered by Sergio for this clash.

Seeing his bravery, it is inexplicable that he has spent so much time on the bench this season. He and Weissman generated danger, although they found no reward for their work and the clash came at the end of the first half with 0-0 on the scoreboard, as Villarreal also saw their initial push slowed.

Real Valladolid came out to press in the resumption, aware that he was only worth victory in his fight for permanence. But it was Villarreal who had another chance to score, in this case, with a shot from Pedraza that Roberto rejected. Sergio brought in more offensive players, such as Alcaraz and Guardiola to recover the usual 4-4-2. But it was a defender, El Yamiq, who could open the scoring, if not for Sergio Asenjo, who made a great intervention to prevent that first goal from arriving.

But Villarreal reacted immediately, striking Real Valladolid. Gerard Moreno confirmed his quality by breaking the defensive line local, winning the duel to Nacho and beating Roberto with a cross shot that established the 0-1. A great goal that required all the mental effort of the locals not to sink. The local coach exhausted the changes and added another forward, Marcos André, in search of the comeback. The desperation of Real Valladolid was evident. He returned to relegation positions and put a leg and a half in the Second Division. Guardiola and Alcaraz tried, at least, the tie, but their shots did not find goal.

With the defense completely out of place, in search of that goal, Real Valladolid offered Villarreal to be able to finish off the match with another goal, from Capoué, already in the 91st minute, with which he gave the finishing touch to the locals.

Incidents: Match corresponding to the thirty-sixth day of LaLiga Santander, played at the José Zorrilla stadium. Hundreds of Real Valladolid fans have shown their support for the players on the way to the stadium, in this tough final stretch of the league.