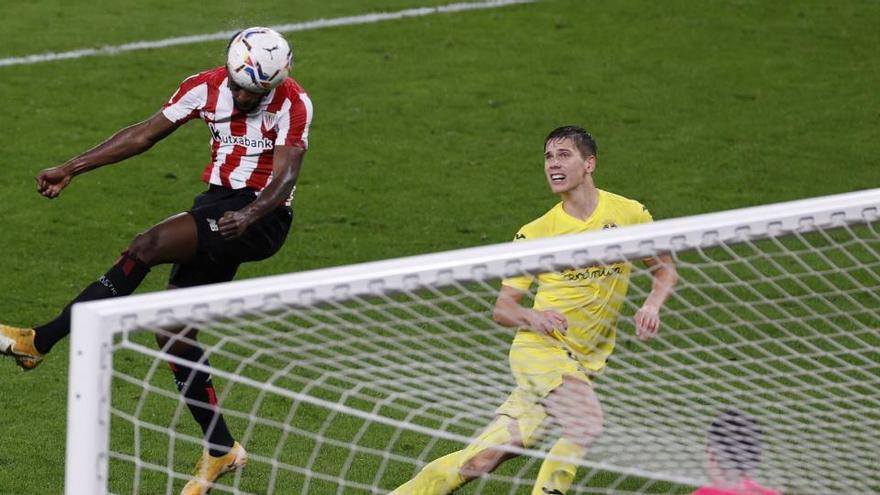 The Villarreal He took a point from San Mamés that returns him to a European position in the table after enduring the harassment of Athletic during good of a game that opened a goal by Gerard Moreno after the quarter of an hour and Alex Berenguer definitively equalized at the edge of the break (1-1).

A happy draw for the yellow set, who arrived worn out from a Europa League game. And that, in addition to stopping the rojiblanco on the field, has also stopped him in his attempt to start heading towards the European positions in a qualifying table in which, however, those of Marcelino García Toral win a place to place tenth.

Athletic lost the victory in a header, alone, by Iñaki Williams on the edge of the small area that was stopped by Sergio Asenjo, well placed, in the 73rd minute.

The start of the game was a tactical fight between Marcelino, who sent his team to put pressure on the rival field, and Unai Emery, although the Gipuzkoan coach was not on the bench, in which Imanol Idiakez relieved him, because he was sanctioned.

To this intensity that the locals were looking for, the visitors responded by trying to prevent the rhythm of a match just three days after Thursday’s victory in Salzburg in the Europa League, as if trying not to get too tired from the start.

That initial attitude hardly gave the lions a couple of strong shots away from Raúl García and Unai López. The Navarrese shot went a bit high and the Donostiarra responded, firmly and well placed, Asenjo.

In addition to the red and white pressure, the yellows found a weak flank. The one in the corridor on the left side, which Pedraza took advantage of with a couple of starts that gave the Bilbao defense scares.

The second, snout. Since that’s where the first goal of the match came. A loose ball on the edge of the area as a result of Pedraza’s driving that Gerard lodged together with a dry shot from the front that grazed Yeray to make it harder for Simon. The fourteenth league goal of the Catalan forward.

Villarreal managed to sleep the crash, superior until the break despite a safe cross and a Vaseline from Raúl who offered his difficulties to the visiting goal.

But when it seemed that the players were going to go 0-1 at halftime, Muniain’s first substantial appearance ended in a 1-1 draw. The captain searched deep for Yuri, who centered on Williams’ position at the near post. The battering ram did not finish, but yes Berenguer almost on the line to score 1-1.

The sixth league goal of the Navarrese, already the top scorer in that league for his team.

As in the first dangerous action it was from Athletic, a ride by De Marcos well seen by Unai López in which the winger this time did not manage to control his teammate’s pass well, almost before an attentive Asenjo.

Villarreal responded again, again in an incorporation of Pedraza, although this time without the ball. Gerard gave it to him, who passed him between three rivals so that he shot a little high.

The dominance of Athletic began to intensify like the rain that fell during the game, but at first the rojiblancos took little more than corners.

Later he did enjoy occasions, although he met Asenjo. First a good cross shot from the edge of Berenguer cleared by the Palencia goal, who remained focused on a very focused header from Williams, just on the edge of the small area, a very good center of Berenguer.

A couple of attempts by Raúl before being substituted and a header from Muniain, which seemed to be unbalanced by Foyth, gave way to a few final minutes that, after the changes, Villarreal managed to balance things without anything of substance happening.

Rafa Nadal campaigns for Benzema for the Ballon d’Or

Brussels rejects “dissident competitions” such as the Super League