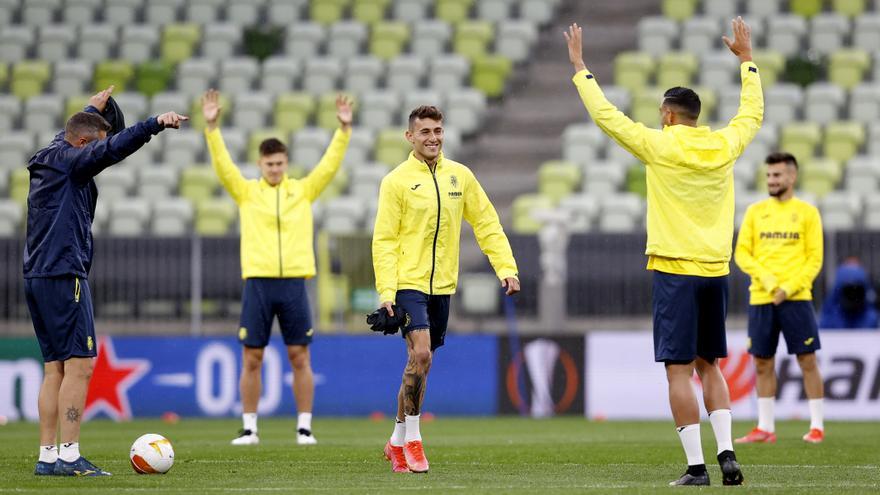 The Villarreal faces the most important game in its history, in which it will try to get its first continental title against the powerful Manchester United, favorite in the final of the Europa League that both teams will settle this Wednesday in Gdansk (Poland).

The team from a city of 50,000 inhabitants, with two decades of experience in the national and European elite, already accumulates four continental semifinals in his record, but has never played a final despite the growth of his project in recent years.

The match is the culmination of many years of work, but the objective is for the feat to be completed with a victory based on the footballing arguments shown by the team, especially due to the impeccable trajectory in the current edition of the Europa League by the men who run Unai emery, who has lifted this trophy three times as Sevilla coach.

Villarreal arrives at the game with the safe discharge of Vicente Iborra, the doubt of Samu Chukwueze and the recovery of Argentine Juan Foyth, which could be the great novelty of the team as a right back, while the rest of the squad, who travels fully to Gdansk, is available.

No surprises expected in the lineup With respect to the usual men in the team and the also Argentine Gero Rulli, the goalkeeper of the Europa League in this competition, will be under the sticks with Foyth, on the right side and Alfonso Pedraza on the left, while the veteran Raul Albiol and the young Pau Torres will act as centrals.

In the center of the field will be those who have been fixed and have played the most: Étienne Capoue as a pivot, along with Dani Parejo and Manu Trigueros, as the most creative media.

In attack the presence of the scorer is sure Gerard Moreno toColombian companion Carlos Bacca or Paco Alcácer, although with more options for the first, and with the doubt depending on whether the approach is going to be more or less offensive between Yeremi Pino, more attacking, or Moi Gómez to give more balance to the center of the field.

Four years after winning his first Europa League in Sweden, Manchester United seek their ninth international title. Those of Ole Gunnar Solskjaer, rebounded from the Champions League, are favorites for the quality and budget of their staff, conceived to fight for greater heights and to which this competition must serve as an effervescent for next year to be among the best again.

The preparation, yes, is far from what Solskjaer would have wanted. The postponement of the classic against Liverpool due to protests against the Super League caused them to have to play three games in five days. Fortunately for him, the runner-up in the Premier could not escape them now, but on the way they stayed Harry maguire, injured two weeks ago and that he will not be able to be in the final against Villarreal.

The loss of the captain is the only really important one in a team that has the connection Bruno Fernandes-Edinson Cavani, with the support of Marcus rashford Y Paul pogba and held in the middle by the couple Scott McTominay and Fred. Without Maguire, Victor Lindelof and Eric Bailly will be central, with Aaron Wan-Bissaka and Luke Shaw, undisputed in the wings and David de Gea in the goal.

Only six players remain in the United squad, the team that won the first Europa League. Two of them will be out, Phil Jones and Anthony Martial, with Juan Mata seeking his third title in the competition, De Gea himself, Rashford and Pogba.

This situation speaks of the restructuring suffered by a team then entrusted to the hands of José Mourinho and now pulling the house to green the glorious times of Alex Ferguson. They no longer fight for ‘Champions’ and have not won the Premier for eight years, but United is still fearsome in the finals.