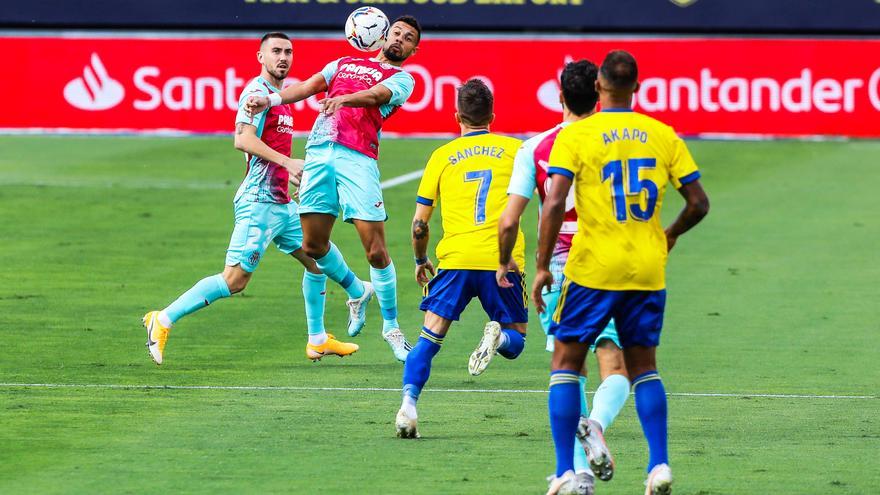 The Cadiz and the Villarreal they tied at zero in an inconspicuous encounter, with rare occasions clear goals and in which the people of Castellón missed the option of achieving a triumph that would have raised them to the leadership in front of a rocky group of Cadiz, very serious in the containment, but with little arrival.

After this 0-0, an equalizer with which both seemed satisfied at the end of the match, the two teams are placed in european positions in the table: Villarreal, second with 12 points -one only to Real Madrid-; and Cádiz, who still do not win at home, fifth with 11 after seven games played.

The game started in an intense way and at 5 minutes, in an attack by Villarreal, the Cadista forward intervened Alvaro Negredo collaborating in defense, accommodating a ball that could touch his right arm in the local area, although the Basque referee De Burgos Bengoetxea did not consider the move punishable.

A minute later, Negredo scored what could be the first goal of the match for Cádiz in the visitor's goal, at take advantage of a rejection from a central after an indirect free kick by Álex Fernández.

However, at the request of the VAR and after seeing the play on the monitor at the foot of the field, the referee annulled the goal for offside in an action comprised within the specific functions of this tool.

In the first half, Villarreal had more control of the ball against a Cádiz well placed in their own field, which prevented the team coached by Unai Emery from finding gaps to endanger the goal defended by Argentine Jeremías Conan Ledesma.

Cádiz tried to give the impression that he could score in the goal protected by Sergio Asenjo with long balls towards his vanguard, but not even the Honduran Anthony Lozano Neither Negredo from Madrid found clear avenues of advance.

In the resumption, Villarreal came out stronger and when five minutes had been played the Frenchman Francis Coquelin fired from outside the area, but the ball went to a corner after touching a Cadiz defender.

Manuel Trigueros also tried it for the visitors in another long shot that went wide, 7 minutes into the second half, in which Cádiz, with two lines of four in front of their goalkeeper sewed the spaces through which Villarreal could attack, which was lost in unsuccessful attempts to progress in attack.

In the final stretch, a direct free kick by Paco Alcacer Ledesma diverted it in a good intervention at 82 minutes and shortly after, already about to end the match, the Colombian Carlos Bacca failed to finish on goal when he had broken Ledesma on the clearest occasion for the visitors, so the marker did not move.

Incidents: Match of the seventh day of LaLiga Santander, played at the Ramón de Carranza stadium without the presence of the public.