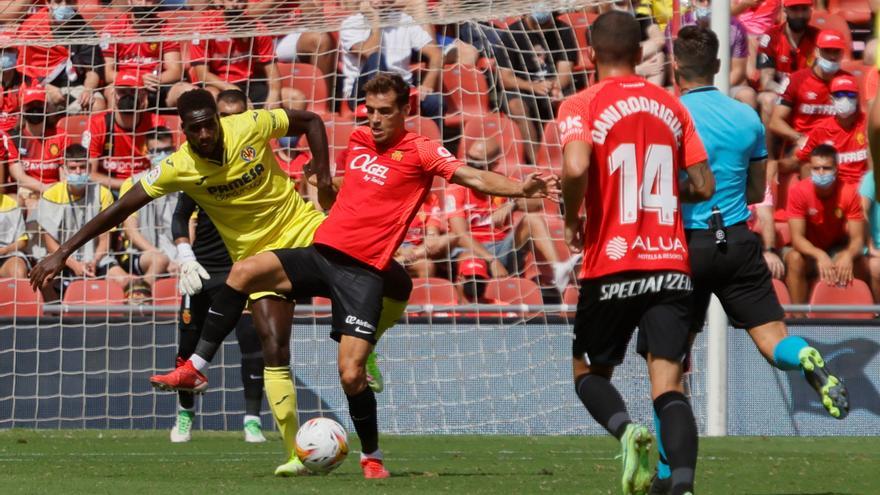 The Majorca remains undefeated at Son Moix after drawing (0-0) before a Villarreal that neither loses nor wins this season, in which he accumulates six consecutive tables, four in LaLiga, one in the Champions League and another in the European Super Cup.

The two teams appeared at an unusual time in the Balearic capital, two in the afternoon, for the television hook of the Japanese Take Kubo and the South Korean Kang In Lee in the Asian market, and with significant losses in their ranks.

Villarreal jumped onto the field with four changes with respect to the team that drew (2-2) with Atalanta, one of them forced by the injury (muscular overload) suffered by their striker Gerard Moreno at the last minute.

Luis García Plaza had to improvise in the axis of the rear from Mallorca by the lowlands of Raillo, Sedlar and Russo. They were joined by Pablo Maffeo in the 36th minute, who was replaced by Joan Sastre.

The Mallorcan coach placed Antonio Olivan, left back, along with Martin Valjent on the central retaining wall, which led to the debut of former Villarreal defender Jaume Costa.

It was a true miracle that the ‘yellow submarine’ “did not open the scoring in the first 25 minutes. He had very clear chances, but they wasted them among the Senegalese Bouyale Day (almost spur mark in minute 29) and the Nigerian Arnaut danjumto.

The match started with a visiting monologue in the moments when the Balearic defense – improvised by the casualties – tried to synchronize their movements. Then Mallorca reacted, first timidly; and in the end, creating danger in the goal of the Argentine Gerónimo Rulli. Fer Niño, on loan from Villarreal, and Dani Rodríguez had the clearest chances.

García Plaza’s team tightened at the start of the second half. It was more vertical, Take, Fer Niño and Amath joined forces forcing the Castellón to take extreme precautions in defense.

The quadruple change ordered by Unai Emery went well for Villarreal (in the 55th minute Pino, Alcácer, Moreno and Parejo entered), who immediately regained control of the game and created enough game to put the Balearic team in trouble.

The goal could have come in either of the two goals, but both Reina and Rulli successfully resolved the most committed plays in their respective goals.

The only goal of the match – canceled by a clear offside – was scored by American Matthew Hope who had replaced Fer Niño. Hope debuted with the vermilion jersey in an official match, as did Jaume Costa.

With the draw against Villarreal, Mallorca have chained ten games without knowing defeat at Son Moix. The last team to win in Palma was Espanyol last season in the Second Division.

Incidents: Match corresponding to the fifth day of LaLiga played at the Visit Mallorca Estadi before 9,168 spectators. A minute’s silence was observed for the death of Jaume Arqué, a former Majorcan player in the 1970s.