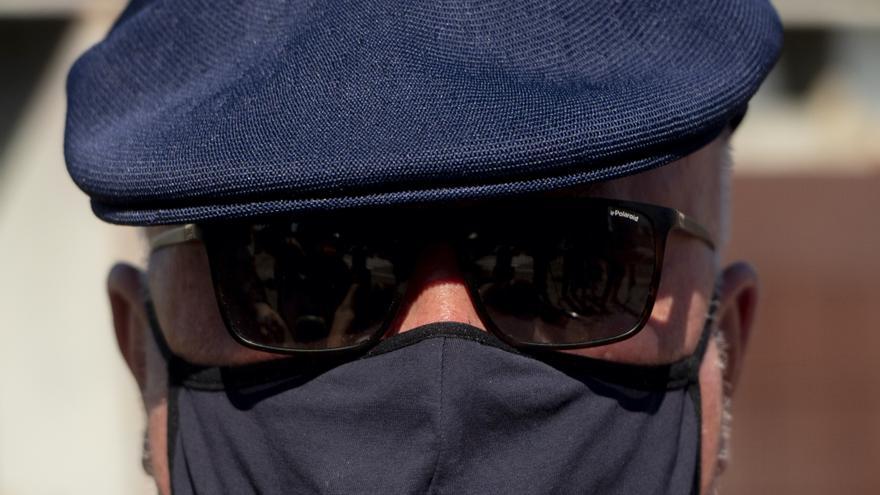 José Manuel Villarejo had almost two hours since his appearance in the investigation commission of Operation Kitchen and decided that he had to show off his experience as a secret agent. “I have met in the desert with people very close to ISIS eating dates and waiting for my head to be cut off, and I had to pay the expenses,” he said proudly, leaving James Bond for the remains. 007 was not only paid the expenses, but also destroyed the cars that were delivered and then never forced to pay for the damages. In Spain, we are ungrateful. It is the same that happened to Mortadelo and Filemón, to whom the superintendent Vicente promised a trip with all the luxuries and they ended up in a cart pulled by a donkey.

Villarejo appeared for the second time before this commission. The first was in May, when the retired commissioner put on a great show. The deputies must have been wanting more, despite the fact that he did not provide any evidence about his accusations, and they called him again. Now the trial has just begun in which the Prosecutor’s Office asks him for 105 years in prison for crimes committed in his private businesses for different companies. Logically, he was not going to incriminate himself in his appearance on Wednesday. What I could do and also with great pleasure was to launch all kinds of insinuations and denunciations that leave you with your mouth open, as long as you are not too demanding with verisimilitude.

As in May, the Popular Party came out of the session very happy. Here everyone uses Villarejo for what interests him. In the case of the PP, to affirm that the judicial investigation of the Gürtel case was a set up by the Ministry of the Interior of a socialist government, and that despite the fact that there are already judicial rulings in this regard. In that sense, Villarejo would be a victim. “They intend to put him in jail so that he does not speak,” said deputy Luis Santamaría, who must believe that the National Court is involved in the noise. Santamaría brought up an alleged operation against a mayor of Burgos in the 1990s with the intention of later killing José María Aznar. That mayor, José María Peña, was sentenced in 1992 to twelve years of disqualification for a crime of continued prevarication. Years later, he was pardoned by the Government of Aznar.

As Villarejo said without specifying anything that he had contacts then with a socialist politician who was a delegate of the Government in Castilla y León, Santamaría came up and suffered a delusion of great dimensions when commenting that it is “a case that could be similar to Watergate.” Therefore, it is not surprising that he asked Villarejo if he had been part of the “Rubalcaba command” in a small tribute to the old obsessions of his party. Nor was it a day to take the interventions in the commission seriously.

Macarena Olona was also satisfied, perhaps because everything Villarejo says can be interpreted as a loss of prestige for the institutions, something that is part of the Vox parliamentary diet. So delighted was the deputy that she dismissed him with a “take care of yourself.”

The left had the opportunity to receive its share of the snack with a new accusation of Mariano Rajoy, as it did in May. Not only did he insist that Rajoy sent him messages, but they met “three or four more times.” It turns out that the former president risked meeting a police officer with such a dark past to ask him about things that he had already told the PP intermediaries. And they were questions as essential as “is there something new?” or “had that person met with Pedro J.?” He has no proof of that, although he has become famous for having recorded all kinds of meetings.

United Podemos opted for the strategy of considering Villarejo a martyr or at least someone they have used. Ismael Cortés commented that some treat him “like a fancier”, hence he asked him: “Why are they leaving you alone?” To that, the policeman replied that they treat him like cancer. And then he clarified: “I was the one trying to uncover the cancer.” Villarejo laughed at the deputy and everyone else when he said that his secret meetings with Cospedal and her husband were “social gatherings”, because that is how the investigating judge who has decided not to prosecute them has defined them. Meetings in which minor things were discussed, such as “how’s everything going, how’s life going, do you study or work?” With good reason, Villarejo laughed at ease at those times.

He was not telling anything that would serve to build an accusation of any kind, but he was throwing a few scandalous peanuts for politicians and journalists to jump to catch them on the fly. He referred to the “whitewashers”, who he said “are people who are dedicated to supplying drugs to anyone who wants to control.” Or when “hormones were used to lower the libido” of King Juan Carlos. That already came out in 2020 when it was met a conversation between Villarejo and Corinna Larsen. But how to waste the opportunity to put it back into circulation. Admittedly, he has a perversely funny point about the previous monarch’s intense sexual activity outside of marriage. The same fits a Wyoming joke in “The Intermission.”

Gabriel Rufián was confirmed by the story of the whitewashers, which would make for a good intrigue movie. Since it was already launched, he suggested that there is an organization that deals with making people disappear. The ERC spokesperson stood by and insisted that he give an example. Villarejo responded with the case of “the death of García Calvo,” which he says he investigated. As it does not seem that he was referring to the philosopher Agustín García Calvo, who died at the age of 86 due to heart failure, it is possible that he was thinking of the journalist Carlos Garcia Calvo, who wrote a blog in El Mundo about Queen Letizia and who died of a heart attack. It is a bit creepy to introduce conspiracies in the death of people by natural causes, but at this point Villarejo already does not care about eight than eighty.

In the last minutes of his performance, Villarejo left a phrase that he may have drawn from an article by Pérez Reverte: “The spirit of the Flanders thirds has disappeared from the Spanish chromosomes.” Maybe yes, but the scammers who make a living following in the footsteps of Lazarillo de Tormes is in good health.