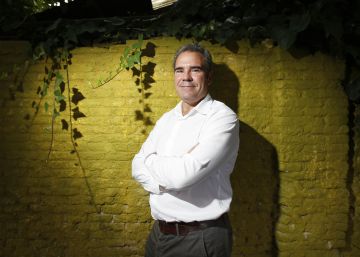 Javier Pérez Dolset, founder in 1992 of the first Internet provider in Spain, is allegedly the last victim of the retired commissioner José Manuel Villarejo. The judge of the National Court Manuel García-Castellón, macrosumario instructor Tandem case, has opened a separate secret piece, cause number 18, to explain whether the policeman who allegedly piloted the largest plot of illegal espionage in Spain snooped since 2013 in the private life of the entrepreneur who founded the technological ZED Group, as confirmed by EL PAÍS sources close to research.

The businessman declared on November 22 as injured in this case before the head magistrate of the Central Court of Instruction number 6 and the prosecutors of the Tandem case, Miguel Serrano and Ignacio Stampa. The new separate piece investigates the alleged crimes of bribery, discovery and disclosure of secrets.

The investigations indicate that for more than four years Villarejo followed, monitored phones and snooped in the assets and banking movements of Pérez Dolset. An entrepreneur who, through his technological conglomerate ZED, has developed projects such as the video game Commandos – very popular in the nineties when he invoiced 500 million– or the animated movie Planet 51, which in 2009 became the most expensive film in the history of Spanish cinema with a production of 55 million.

The investigation of Judge García-Castellón has not yet been able to prove who commissioned in this case the spying of Villarejo, who has remained in pretrial detention since November 2018 for piloting an alleged network that committed the crimes of criminal organization, bribery and money laundering.

Sources close to Pérez Dolset indicate that this businessman had denounced “follow-ups, telephone punctures, computer interference, forgery of signatures and threats” for years. And they frame the investigations of Villarejo in the context of alleged maneuvers to break the ZED group, a conglomerate that, according to these sources, invoiced a total of 400 million euros in 2014 and accumulated a workforce of more than 1,000 workers.

The entrepreneur filed a complaint last September in Amsterdam against the ING bank that was admitted for processing. He claimed the Dutch entity 500 million euros for allegedly propitiating the bankruptcy of the ZED subsidiary in Spain.

The business environment indicates that the collapse of his group came after the financial institution demanded from the Spanish subsidiary the payment of a syndicated loan of 120 million led by ING instead of its Dutch parent ZED +, recipient of the money and 25% owned by the Russian tycoon and top shareholder of the DIA supermarket chain, Mijaíl Fridman. "It was an operation to protect Fridman," these sources add.

Perez Dolset argues that the ING maneuver came after the businessman denounced that the bank was laundering capital from its Russian partners. And that these, in turn, paid alleged bribes to officials from Uzbekistan and Russia. ING paid a fine of 775 million after admitting a crime of money laundering to the Netherlands Prosecutor's Office.

"It is now clear that, since February 2013, the Pérez Dolset were spied on in connection with the creation of Zed + in the Netherlands and the signing of a new syndicated loan", indicate sources close to the businessman, who continue: "Only 80 days after the signing of the syndicated loan, the discovery of the payment of bribes from Vimpelcom – a Fridman company – and the money laundering of ING broke out ”.

Pérez Dolset was arrested in June 2017 after an Anti-Corruption complaint in the so-called Operation Hanta, an alleged network of corruption that accumulates two dozen investigated and allegedly diverted 67 million public aid. The businessman entered prison after Luis Elías, director of the Planeta group –which controls 20% of ZED– To provide a report that concluded that Pérez Dolset diverted 101 million dollars (89 million euros) to the accounts of a Panamanian company. Three weeks later and after paying a bail of 60,000 euros, Pérez Dolset was released and insisted on the thesis that the report was a montage because "it included false data." "All accounts were false," added sources close to the businessman.

The founder of the ZED group went on the counterattack against the editorial group last July by delivering the instructor of the Tandem case some audios recorded by José Manuel Villarejo that –as stated in court– they reveal conversations between executives of Corporación Planeta to end ZED. The multimedia group of Spanish origin acknowledged that their managers met with the retired commissioner and that he offered them information about the arbitrator of the dispute with the owner of Kiss FM, Blas Herrero.