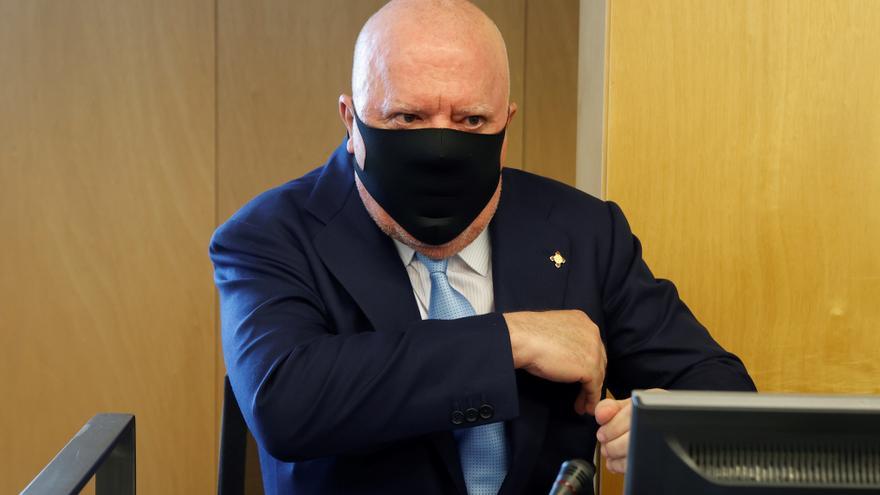 The retired commissioner José Manuel Villarejo denied this morning before the Kitchen case judge that María Dolores de Cospedal or her husband, Ignacio López del Hierro, paid him for alleged orders. Villarejo has accompanied this statement by others such as that he recognizes his letter in the agendas seized at his home in October and where there appear annotations of alleged payments by the couple through Cospedal’s chief of staff, legal sources inform elDiario.es.

In Villarejo’s newspaper there are several annotations that point to what he received from the general secretary. One of them says: “Cospe: I fully support everything. He sends me José L. Orti with 100 and promises 50 more on Monday. I agree to inform her.”

Villarejo has diverted attention from spying on Bárcenas to Operation Catalunya. He assures that he met with Cospedal in Genoa, in his office of the Ministry of Defense, in restaurants and in Marbella, but that they only talked about current issues, such as the sovereign challenge in Catalonia. “My job was to talk to everyone,” he added.

The police officer has also said that when he spoke with Cospedal he had the feeling of having an interlocution with someone from the Government rather than from the Popular Party and that the general secretary of the formation transmitted to him on occasions that President Mariano Rajoy was “very concerned” about the causes of corruption that haunted the PP.

The commissioner, accused of leading a criminal organization, has assured that the Government made him a promise of payments with funds reserved for his maneuvers against the procés, but that it never materialized