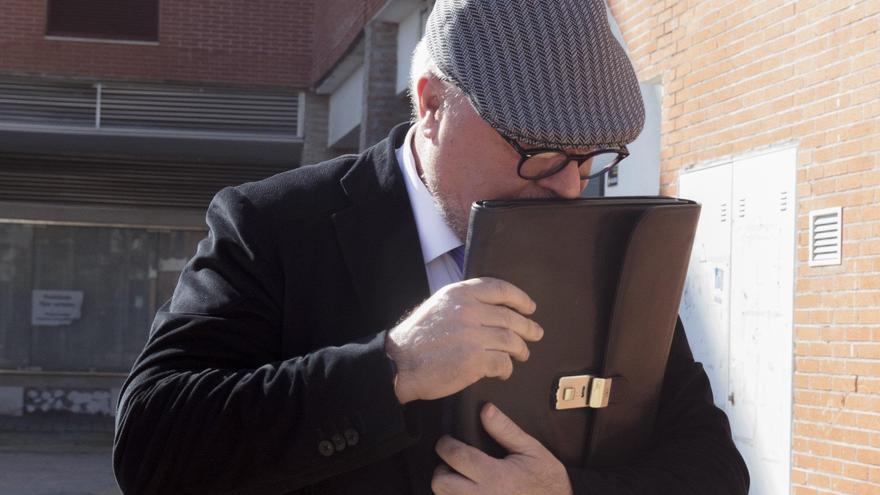 In a document of more than one hundred pages to which Europa Press has had access, the defense of Villarejo indicates that they accused the commissioner, now in preventive detention, “uncertain facts with knowledge of their falsehood and with reckless disregard for the truth”, and links this maneuver of the United We can environment with the general elections of April 2019.

In this sense, it explains that despite the knowledge of what was seized at Villarejo’s home since the November 2017 registry, “it is very surprising that certain pieces of the ‘Tandem case’ were initiated since mid-2018” while number 7, related to the theft of Dina Bousselham’s mobile and the subsequent use that was made of the data it contained, did not start with citations until March 2019. And that despite the fact that at the end of 2018 she had already been summoned the former advisor in police departments.

It should be remembered that the investigating judge of the piece ‘Dina’, Manuel García-Castellón, raised a reasoned statement to the Supreme Court to request that it investigate Iglesias for the crimes of discovery and disclosure of secrets, aggravated by gender, computer damage and accusation or complaint false and / or simulated crime.

The defense of the commissioner clings to that reasoned exposition of the magistrate, and in his writing he repeats part of it, emphasizing that Iglesias saw in the appearance of part of the material from Bousselham’s telephone at Villarejo’s house “an opportunity to achieve electoral revenue, pretending to be a victim “and therefore orders” knowing its falsehood “to write a complaint in which the connection between the theft of the terminal and the publication in data media is simulated.

After recalling that the argument upheld by the judge finds solid basis also in what was declared by the former lawyer of Podemos José Manuel Calvente, who as a witness affirmed that the ‘Dina case’ was a set up of the leadership of Podemos, the defense of Villarejo He proceeds to classify the crime that, in his opinion, Iglesias, Elizo, Flor and Bousselham had committed.

Thus, they point out that the crime of accusation and false report is punishable by a prison sentence ranging from six months to two years and a fine of twelve to twenty-four months, if a serious crime is charged. And he adds that in this case it is a multi-offensive crime because it protects “both the proper functioning of the Administration of Justice and the honor of the person to whom the false facts are imputed.”

In line, he recalls that Iglesias and Bousselham are the alleged perpetrators of this crime, and Marta Flor and Gloria Elizo as necessary cooperators, the latter also as inducer. For this reason, it asks the Supreme Court to summon the four to testify and to add to the case both the recordings of the statements in the Central Court of Instruction number 6 of the secretary general of Podemos, the former adviser and Calvente, as well as the chats inmates of the purple training provided by the latter to the examining court number 32 of Madrid. He also requests Calvente’s testimony.

On the other hand, it requests that the testimony of the writings suspending the processing of the appeal presented by his representation be provided in relation to an appeal presented by Iglesias in 2019 in the Supreme Court. Villarejo requests this because the paralysis of that process in the Supreme Court would be in his opinion one of the reasons to promote the actions in the National Court.

For the moment, after the judge’s rationale, the Supreme Criminal Admissions Chamber remains awaiting a report from the Public Prosecutor’s Office to decide whether or not to go against Iglesias for the three crimes that García-Castellón pointed out. In an internal note, the Anticorruption Prosecutor of the National High Court took a position a couple of weeks ago against opening this investigation to Iglesias.