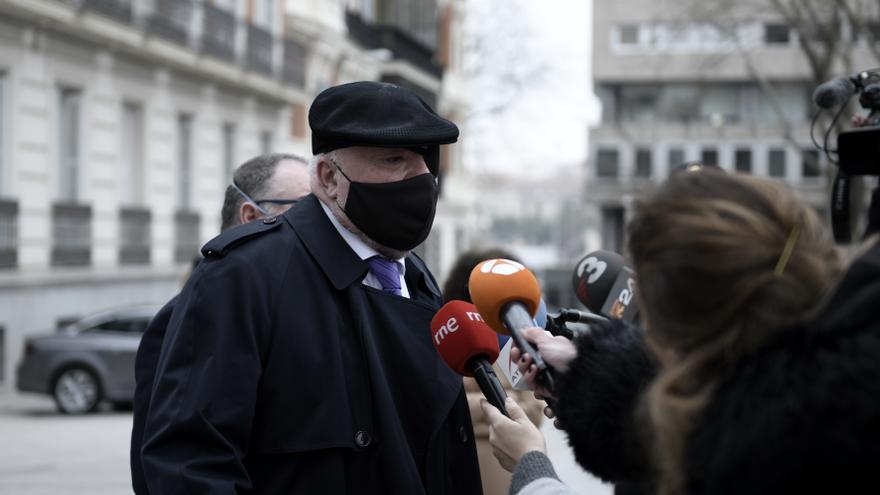 The retired commissioner José Manuel Villarejo has sent a letter to the president of the Congress, Meritxell Batet, requesting that during his appearance on Thursday before the commission of investigation of the espionage to Luis Bárcenas, “the protocol of the commission of secrets” be applied, in the that the appearing parties testify before the spokesmen of the groups behind closed doors. Villarejo says that this way he will be able to talk about his “informative notes” drawn up as an “intelligence agent” without being accused of “violating secrets.”

Article 64.4 of the Congress Regulations allows closed-door commissions, although the majority of the spokespersons for the one in charge of Operation Kitchen have rejected the appeals to the confidentiality classification of the matter by which other appearing parties were questioned and they have taken it as an excuse not to testify. Villarejo assures that it is a question of “safeguarding the interests of the institutions and, in short, of our national sovereignty.”

In the letter, to which you have had access elDiario.es, Villarejo resorts to his usual rhetoric and affirms: “With the acceptance of said request my firm will to declare in Congress for the maximum respect that your honorable Members deserve me as representatives of the Spanish People, with the protection of my interests country to which I owe the State that I always was as a loyal servant ”.

Likewise, Villarejo intends that the Kitchen commission extend the right of all those appearing to testify accompanied by the person they decide to the point that their lawyer sits with him “so that this assistance is real and effective” thus being able to “Advise on the consequences” of your answers.

The appearance of Villarejo was a source of controversy between the parliamentary groups, also between the parties that make up the Government. United We can was in favor from the first moment with which he went to the commission, not so the PSOE, which had to give in to the pressure of the rest of the groups.

Villarejo says in his letter, dated May 20 and registered today in the Chamber: “That, how could it be otherwise, as appearing, I show the most firm and determined will to collaborate in clarifying the truth of the facts that have given rise to this parliamentary inquiry commission (…) It is an opportunity to be able to offer my version of the facts, before your honorable Members, who as representatives of all citizens, are the maximum guarantors, not only of popular sovereignty, but rather the constitution and with it the rule of law ”.