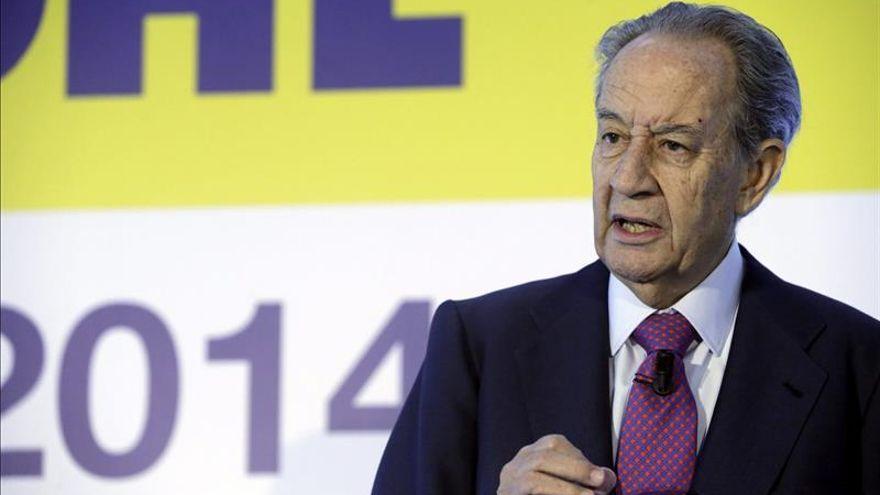 The businessman Juan Miguel Villar Mir assures that Luis Bárcenas lied to the Púnica chaos judge when last Wednesday he declared that the founder of OHL financed the national PP and the Madrid regional one, according to what he himself had confessed in a conversation with witnesses. These are “completely and absolutely false” statements, says the current president of the Villar Mir Group in a communication to elDiario.es.

At one point during the prosecutor’s question time, Bárcenas referred to a meal held at Villar Mir’s home, in 2007 or 2008, in which his predecessor Álvaro Lapuerta and the former president of the PP were also present in the PP treasury. Regional PP Pío García-Escudero. At that meal, Villar-Mir would have recognized those irregular payments, according to Bárcenas’ version. “The truth is that I don’t remember ever having a conversation with Mr. Bárcenas. In addition, I have never lived in Florida ”, says Villar Mir in his letter.

Villar Mir emphasizes that in none of the electoral periods investigated did he have “any executive position” in the construction company he founded and which is part of the group he presides over. “And it is unknown that I did take care instead that OHL always had standards and codes of conduct in force that would guarantee the correct behavior of its executives,” he adds.

“I have never ordered or authorized the payment of any commission in exchange for any award, neither in Spain nor in any foreign country,” says Juan Miguel Villar Mir’s letter. The businessman was charged in the case of Bárcenas’ papers by appearing in them as a donor to the Popular Party until in 2015 that line of investigation was shelved as it could not be proven that the payments in b to the national PP were in exchange for specific awards . This avenue of investigation has recently been reopened with the appearance of new evidence, although the proceedings ordered by the investigating judge do not affect OHL for now.

The construction company, Villar Mir continues, “in its more than centennial history has never been convicted of paying any commission to obtain awards, despite some false news like this one now published by Mr. Bárcenas.”

In this sense, the president of the Villar Mir Group appeals to the order to file the investigation against him in the Punic case, issued by the Criminal Chamber of the National High Court against the criteria of the Anti-Corruption Prosecutor’s Office, and which says: “ There is no data that corroborates the participation, knowledge or authorization of Mr. Villar Mir in these alleged donations since, as we have said, neither in 2007 nor in 2011, during which the campaign expenses were supposedly covered. electoral votes of the aforementioned political party in the Community of Madrid, he did not hold any executive position in OHL ”.

In the same piece of irregular financing of the Madrid PP, his son-in-law, Javier López Madrid, who was renewed last January as CEO of the Villar Mir Group, continues to be imputed.

Bárcenas assured that Villar Mir had an enormous friendship with Lapuerta from the times in which they had coincided in politics and the aforementioned information added that both had been high-ranking officials of the Franco regime. The businessman assures: “The truth is that I only met Álvaro Lapuerta when I was Vice President of the Government for Economic Affairs and Minister of Finance in the first Government of the Monarchy, and in such condition I presented the Project of the New General Budgetary Law in the Congressional Budget Commission, chaired at the time by the State attorney Álvaro Lapuerta ”. That “first Government of the Monarchy to which Villar Mir refers” is the Executive chaired by the successor of the Franco dictatorship Carlos Arias Navarro. With the dictator alive, Villar Mir held various positions, including that of General Director of Employment.