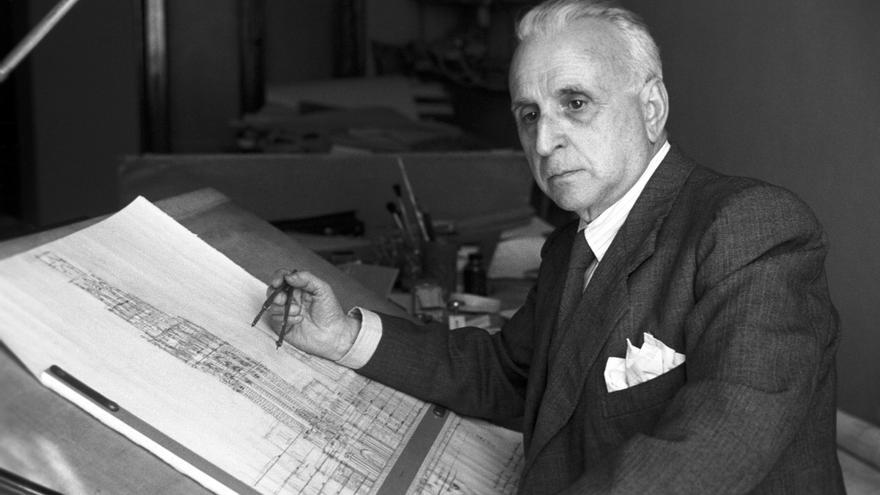 Santiago de Compostela, Mar 13 (EFE) .- An exhibition by the Galician Antonio Palacios, one of the architects of emblematic buildings in Madrid such as the Palacio de Comunicaciones, the Círculo de Bellas Artes or the Instituto Cervantes, will be held in Vigo in September, the Xunta has announced.

Palacios, born in 1874 in the Pontevedra municipality of O Porriño and died in 1945 in Madrid, is also the author of emblematic works in Galicia such as the O Porriño Town Hall, the García Barbón theater or the Viñas-Aranda building in Vigo, as well as the Votive Temple of the Sea in Panjón or the current nursery in the Alameda de Santiago de Compostela.

The Minister of Culture, Román Rodríguez, announced that a sample of the famous architect’s works will be held at the Vigo Museum of the Sea next September.

Palacios, who spent his childhood and adolescence in Galicia, later studied in Madrid, where he developed much of his work under the influence of great European architects and the development of American skyscrapers.

“The current image of Vigo, and even Galicia, would not have been the same without the work and influence of Palacios, a Galician who, although he worked for a long time in Madrid, never lost sight of his land,” Rodríguez said in the presentation of the exhibition project, indicates the Xunta in a statement.

The Galician Government emphasizes that the exhibition coincides with the 75th anniversary of his death and indicates that it will publish a tribute book by eight researchers on Palacios’ legacy, which Rodríguez describes as “one of the best Galician architects”.

The exhibition will show his facet as a “modern architect involved in improving people’s daily lives with projects such as rental housing, subway stations, hospitals, offices, shops, banks, recreational societies, hotels, spas or restaurants”, the Xunta points out.