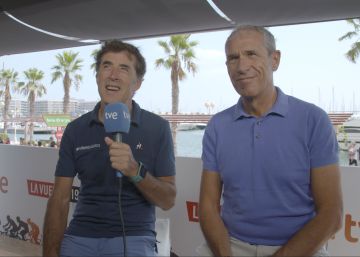 They assume the burden of accompanying the naps of an important part of their spectators, but they do it in a good mood. Carlos de Andrés and Perico Delgado have been the tandem of cycling in TVE for 20 years. Each Tour of France or Tour of Spain is for them three weeks in which they live in a rolling caravan "which sometimes becomes a hurricane," says the excicist. In this video interview they tell how retransmissions are prepared, which surprised Delgado most of his change from the bicycle to the microphone and even the future of Spanish cycling.