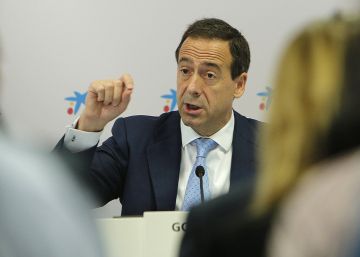 The insurer VidaCaixa, Industry leader in Spain, had a net profit of 795 million in 2019, 20% more than in the previous year. A good part of the result is due to the increase of two items: the benefit of its investee SegurCaixa Adeslas, and the extraordinary capital gains achieved with the movements of the portfolio assets. Between them, it has obtained 344 million, 46% more than in 2018.

According to Javier Valle, CEO of VidaCaixa, the diversification of the products in which the company has invested and the good performance of the financial markets has been key in improving the profitability of the products as well as the main balance sheet items. . With a base of 5.2 million customers in Spain and Portugal, VidaCaixa remains at the head of the insurance sector in Spain with a market share of 13.4% while controlling 25.5% of the total assets of the pension plans.

Among the balance sheet figures, the increase in operating income, which reached 788 million, stands out, 9% more; To this figure are added 344 million of the investees and extraordinary, and 121 million operating expenses are subtracted (which rose 12% for investments to grow and the development of technology platforms in Portugal) and 216 million taxes paid, 16% more. This account explains the net result of 795 million.

On the other hand, the volume of premiums and contributions from customers reached 12,060 million, 11.7% more, according to the entity, while risk premiums, reached 967.9 million, 3.3% less than a year ago, when they registered an extraordinary growth of 20%, according to VidaCaixa. More than half of the premiums marketed in life at risk correspond to individual clients, a total of 592.1 million, 13.1% less.

This company, which is owned by CaixaBank and owns 49.92% of SegurCaixa Adeslas and 100% of the Portuguese entity BPI Vida e Pensoes, is the jewel of the financial group for its high profitability and was crucial for its survival in the crisis of 2012.

On the other hand, the CEO, Javier Valle, said they are studying multiple innovation projects, Among which is the commercialization of reverse mortgages. “We are learning what the risks are and how to define it to be sure that we cover ourselves,” said Valle, who has asked for a greater regulatory definition in this regard. As explained, the current framework is “unclear” and requires greater customer protection. In any case, he has indicated that they are studying it to “understand it very well.”

The reverse mortgage was not sold in Spain since BBVA withdrew its commercialization in 2013, but it was relaunched in October 2018 through an agreement signed between Óptima Mayores and the Portuguese bank BNI Europe. Óptima Mayores formalized reverse mortgages in the amount of 30 million euros throughout 2019, the maximum that it could market that year according to the agreement it has in force with BNI Europe.

Over 150 operations were formalized throughout the year, with an average borrowed volume of 198,000 euros. The average amount that is lent is 30% of the appraised value, being able to reach up to 45% depending on the age.

In July 2019, the insurer Caser, which designed a product in collaboration with Óptima Mayores, also entered the reverse mortgage business. Four months later, Caser reached an agreement with the Negotiating Agency (React Group) for the mortgage broker to market its product.