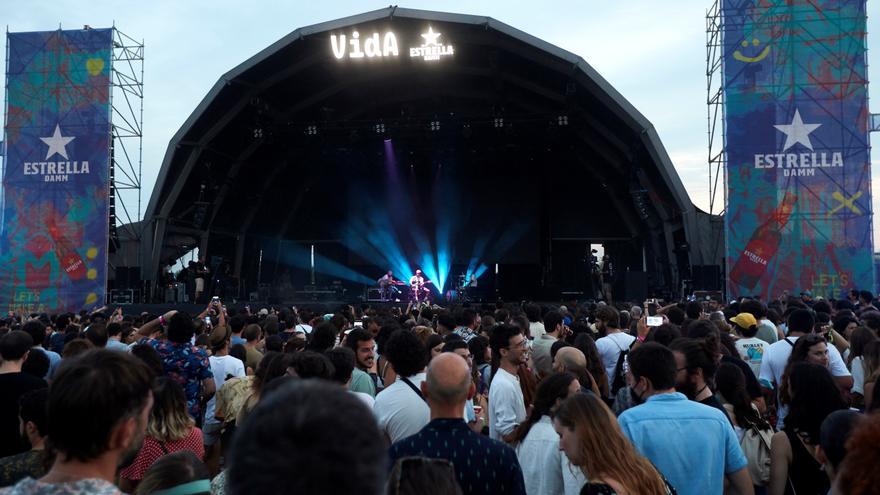 Barcelona, ​​Jul 4 (EFE) .- The Vida music festival, the first without social distance in a pandemic in Spain, has closed its seventh edition with 27,000 attendees, after a start marked by the problems derived from the long queues that were experienced to undergo antigen testing prior to access.

The festival started last Thursday, July 1, in Vilanova i la Geltrú (Barcelona) with queues of up to 3 hours to take the mandatory test, which forced the organizers to change the system the next day, in order to comply with the implemented covid control protocols.

The access and testing system commissioned by a company specializing in large events that caused long queues on Thursday, was corrected by the organization on Friday and Saturday, which happened without incident.

As reported this Sunday by the organizers in a statement, this first festival without social distancing in Spain, since March 2020, has been attended by 27,000 spectators, who have tested negative.

All this thanks to a methodology based on antigen tests and FFP2 masks.

Of the forty concerts held on the four stages of the festival site -Estrella Damm, La Masia, Cabana Jägermusic and El Bosc- on Friday those by Vetusta Morla, Hinds, The New Raemon with Paula Bonet and Pol Batlle with Rita Payes stood out.

The second day welcomed Nathy Peluso along with the proposals of Stay Homas, Maria Arnal and Marcel Bagès and Meritxell Neddermann, among others, and finally on Saturday the public could enjoy Love of Lesbian, Sen Senra, Maria José Llergo and Tarta Relena.

In the coming days, the organization will make public the final results of the tests carried out on those attending this festival.