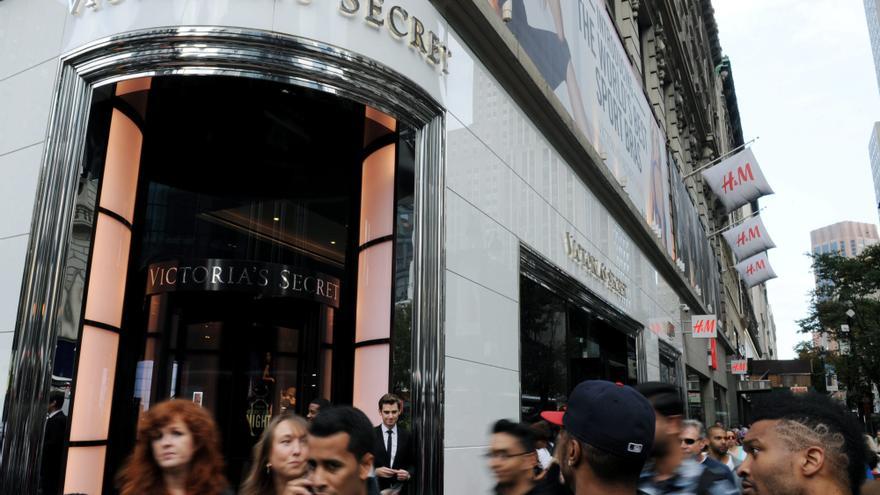 New York, Jun 17 (EFE) .- Victoria's Secret, the lingerie brand that for years had the first word about the concept of "sexy" and turned "angels" into an object of desire, has undertaken a turn that seeks to empower women and stop reinforcing stereotypes of beauty unattainable for the majority.

"At Victoria's Secret, we are on an incredible journey to become the world's leading advocate for women. This is a dramatic turnaround for our brand, and it is a turn that we embrace from within," her counselor said in a statement Wednesday. delegate, Martin Waters, to present his facelift.

The company, dragged into decline by the modernization of society, demands for greater diversity in fashion and the Me Too movement, has put its image in the hands of seven figures with "success" and a "common passion for positive change. "to define the future of what he considers to be the most recognizable female brand.

Among them are the footballer and activist of the LGTB community Megan Rapinoe; the actress and businesswoman Priyanka Chopra Jonas or the first trans model to walk for the firm, Valentina Sampaio, who form The VS Collective, in charge of creating "revolutionary collections" and generating support for "vital causes for women."

On her Twitter account, Rapinoe said this Thursday that the spokespersons are "icons of our time" and announced that she will work to "show ALL women their beauty and individual and collective power" from the firm, which has also restructured its executive leadership to include a majority of women.

In an interview with The New York Times, Rapinoe went further and described the "patriarchal and sexist" message that the previous Victoria's Secret sent with her image, thought "from a male perspective and through what men wanted", as " really harmful. "

One of The VS Collective's first initiatives will be a podcast in which the group's "founders" will share their stories and experiences with journalist Amanda de Cadenet, who is also a contributing spokesperson for the brand.

On the other hand, Victoria's Secret announced the launch of The VS Global Fund for Women's Cancers, a fund that will finance innovative research projects on treatments and cures for cancers that affect women, and will also support scientists who "represent the diverse population to the one they work for ".

The firm, which in this initiative has joined forces with the designer Stella McCartney, detailed that it will deliver an award of "at least 5 million dollars annually to examine and address racial and gender inequalities and unlock new innovations that improve results with cancer for all women. "

Victoria's Secret held its last major show starring "angels" - models decked out in skimpy underwear sets and wearing high heels and flamboyant back wings - at the end of 2019 due to a dwindling television audience and a series of controversies.

Last year, an investigative report by The New York Times revealed a "misogynistic" and "bullying" culture corroborated by a hundred models and the group "The Model Alliance", which promotes equal treatment of models in the modeling industry. fashion, in addition to asking for changes in the company.

One of the figures under scrutiny was L Brands chief marketing officer Ed Razek, who stepped down after it came to light that he refused to hire trans models for the shows, and the other was its CEO, Les Wexner, linked to late financier and sex offender Jeffrey Epstein, who has also stepped back.