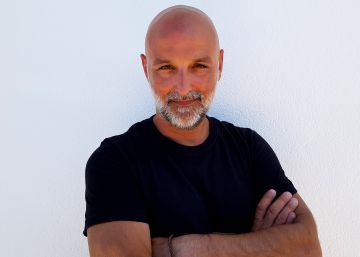 The festivals they are something more than a business, or at least that's what some of the initiatives that develop these fashionable musical events show. Behind millionaire budgets and exorbitant prices, some of these events have learned to use their strength to help those who need it most through NGOs and different solidarity projects. This is the case of Water Enclave, the festival in Soria that every year gathers 40,000 people, and that has been working with Amref Salud Africa, Princess of Asturias Award for International Cooperation 2018. Their collaboration has managed to bring a good so accessible in the first world, such as water, to the African continent: "for us this is only a small gesture, this is a free event but we donate the contributions made by individuals and everything that we raise with the sale of merchandising", Says Víctor Frutos, director of the festival.

Enclave de Agua celebrates its twelfth edition on the banks of the Duero from July 25 to 27, and the artistic director of this appointment with Afro-American music, Frutos, gets wet to admit that the festival needed and wanted a project for Africa: "it's a continent that has given us more than we have returned. The old slaves were in charge of expanding the music that we see today on our stages throughout America. It all started there. "This is one of the many reasons why they contacted Amref, to bring water to the African continent and to people who have to walk for hours to get it:" We have managed to put a deposit in a nursery school, now, our challenge is to build a well and expand our action to more places, we are very excited to get more funds. "

The dream: to raise more and allocate everything to projects in which access to safe drinking water is possible, safe for health and to be done in a sustainable manner, destining it for domestic and hygienic consumption. This project employs local people – usually women – to supervise the facilities, keep them clean and functional and manage the money obtained from the reinvestment of the facilities. In the words of Silvia Frías Nebra, General Director of Amref Health Africa, water is a human right, it is life and it is health: "guaranteeing access to clean water for all communities, we favor the education of girls and the reduction of infant mortality." Celebrate the right to water with a winning combination: union between culture and solidarity ".

The truth is that this festival receives attendees from different parts of the world -there is a family that comes from Israel every year- and leaves an impact of more than 2 million euros in Soria, a reality that for Frutos has a main responsibility: "This is not music in bulk, here everything is possible thanks to the collaboration of the city council, on behalf of the councilor of culture, who has bet a lot for us. We know that this is not usual because culture is usually controlled by people who know little about culture. " In this sense, Frutos has asked politicians for more sensitivity so cultural proposals are more accessible. In his argument about the benefits of Enclave de Agua, he has compared the macrofestivals with the small but risky musical bets that are in Spain: "there are people who go to the hypermarket and buy a bottle of oil of 50 liters, but there are those who prefer make the purchase in the section gourmet from the grocery store below. "

The commitment of the festivals

Enclave de Agua is just one of the many musical projects for solidary purposes or that simply seek to stir consciences. One of the biggest, the Primavera Sound of Barcelona, ​​leads an important environmental cause that is certified by To Greener Festival. Throughout the year it carries out various actions to minimize the impact generated by its activities, with the festival being the culmination of all the planning. Due to its repercussion on the final result, it is worth highlighting the selective collection of waste, the calculation and compensation of CO2 emissions, the use of sustainable materials or its alliance with Greenpeace. Another festival that looks to the Mediterranean and helps those who lose their lives in it is the Rototom Sunsplash, this reggae festival supports with 43,000 euros the projects of six social entities, two of them humanitarian rescue. With them, he will support the projects that they develop in different parts of the planet.

Another important festival on the Spanish circuit is the Sonorama Ribera de Aranda de Duero, which together with Action Against Hunger has created a project where water is again the main engine"Today, one in nine people does not have access to drinking water and one in three people does not have access to a bathroom, we can change this, let's work together to make the power of water for everyone." This is how the manifesto of both entities expresses the need to improve access to drinking water and sanitation that improves the health of women, children and families in the world. To achieve this, the Sonorama asks its public to donate the amount it considers. And to make it more practical, the musical quote explains that it can be achieved with certain amounts: "with 10 euros, you distribute water purification tablets so that a child can enjoy drinking water for six months".

Precisely Action Against Hunger has been working for five years with Pirineos Sur, where it has a solidary space to fight against malnutrition with artistic expression as a flag. More than 15,000 people have passed through this place where the organization has promoted artistic creation as a vehicle for information, reflection and mobilization.

But the goodwill of festivals also affects other realities such as school bullying and depends largely on something as simple as a glass. This is the case of the WARM-UP Star of Levante de Murcia, which in addition to showing its commitment to society and the environment with the reuse of glasses, donate part of this money to different causes, such as the association against bullying, AMCEBAEM. On the other hand, in Madrid, Tomavistas works every year with the idea of ​​developing a festival committed to its natural and social environment. And thanks to the sale of reusable cups they can carry out social actions such as Reforesta, which contributes to the environmental restoration of places such as the Vereda de las Asperillas in Villamanrique de Tajo. All these actions serve to improve, even a little, a world that increasingly has more festivals and more needs.